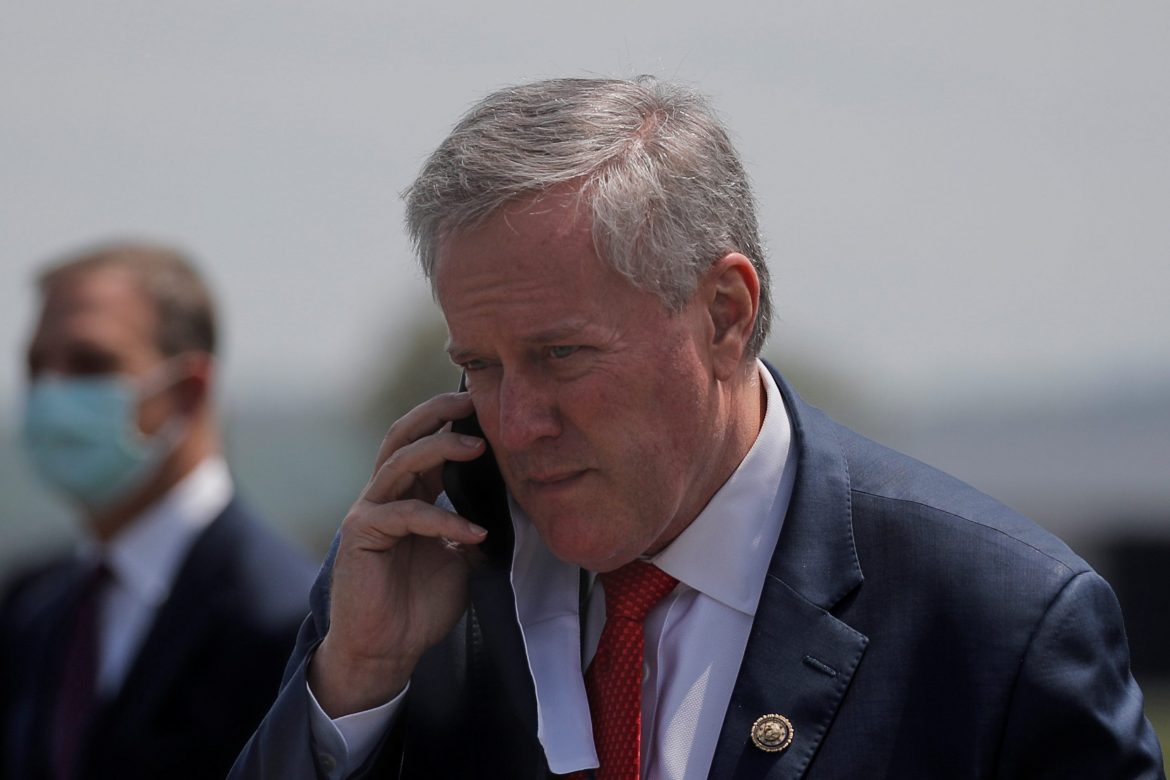 A telephone call on coronavirus economic relief between U.S. House Speaker Nancy Pelosi and White House Chief of Staff Mark Meadows ended on Thursday with no breakthrough, and Pelosi said talks would not resume until the Trump administration agreed to $2.2 trillion in aid.

Pelosi and Meadows spoke by phone as an opportunity to resume stalled COVID-19 aid negotiations, but the two sides soon appeared to be as far apart as ever. “This conversation made clear that the White House continues to disregard the needs of the American people as the coronavirus crisis devastates lives and livelihoods,” Pelosi said in a statement following her conversation with Meadows.

Asked in an interview on Fox News about the talks, Meadows said he sought funding for enhanced unemployment benefits, help for small businesses and money for schools and daycare. “What did we get from her is 25 minutes of nothing,” he said.

Meadows and Pelosi, along with Treasury Secretary Steven Mnuchin and Senate Majority leader Chuck Schumer, were involved in talks on legislation to help Americans and businesses suffering from the pandemic. The talks broke down on Aug. 7, with the sides disagreeing on major issues including the size of unemployment benefits for tens of millions of people made jobless by the pandemic, aid for state and local governments, and funding for schools and food support programs.

On Wednesday, Meadows said in an interview with Politico that he was not optimistic negotiations would resume soon.