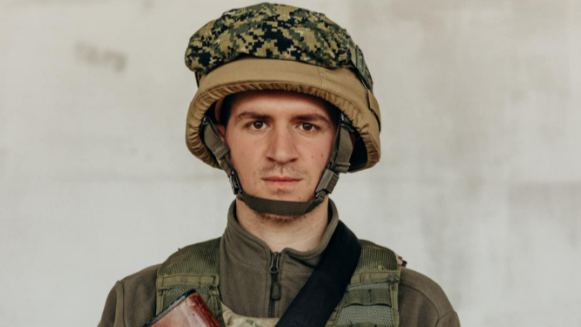 Amidst concerns for the plight of Ukrainians and their ability to defend themselves, volunteers from around the world have traveled to Ukraine to provide humanitarian efforts and even join in the fight against Russia.

Soon after the beginning of the war, Ukrainian President Volodymyr Zelenskyy created the International Legion of Defense of Ukraine. The legion’s website asks specifically for volunteers with combat or weapons experience and instructs those wishing to join “the fight for liberty, for the human rights, for the free world” to contact their country’s Ukrainian embassy to apply to join the legion.

So far, men and women from 55 different countries have joined the legion, according to La Prensa Latina.

However, not every volunteer soldier enters Ukraine through an application to the legion, nor do they all have military experience.

Pennsylvania resident Alex Coburn served in Ukraine as a translator and a medic, but now marches with an infantry unit of the Ukrainian Air Assault Forces, Lancaster Online reported. Coburn has never served in the military, instead, the 22-year-old originally entered the country as a missionary.

A native of Ukraine, Coburn was adopted by a Pennsylvania family at the age of 15 and lived in the U.S. until the fall of 2021, when he returned to his homeland with a group called Discipleship, a part of Youth with a Mission. After Russia’s invasion in the spring of 2022, Coburn saw a different mission ahead of him.

“I knew I had to be a part of some military because those were my people being killed and I want to stop that,” he said to Lancaster Online.

Coburn first translated for Newsmax and then joined a volunteer medic group. In February, Coburn enlisted in the Territorial Defense Forces and then signed up to serve in the Air Assault Forces on April 30. He is currently in training, preparing to join the Reconnaissance Battalion.

He described his reason for fighting, saying “This is my home, and my faith gives me strength.”

Coburn is one of many who have put their faith to action, choosing to put themselves in harm’s way to help their “neighbor in need” in both “deed and truth.”