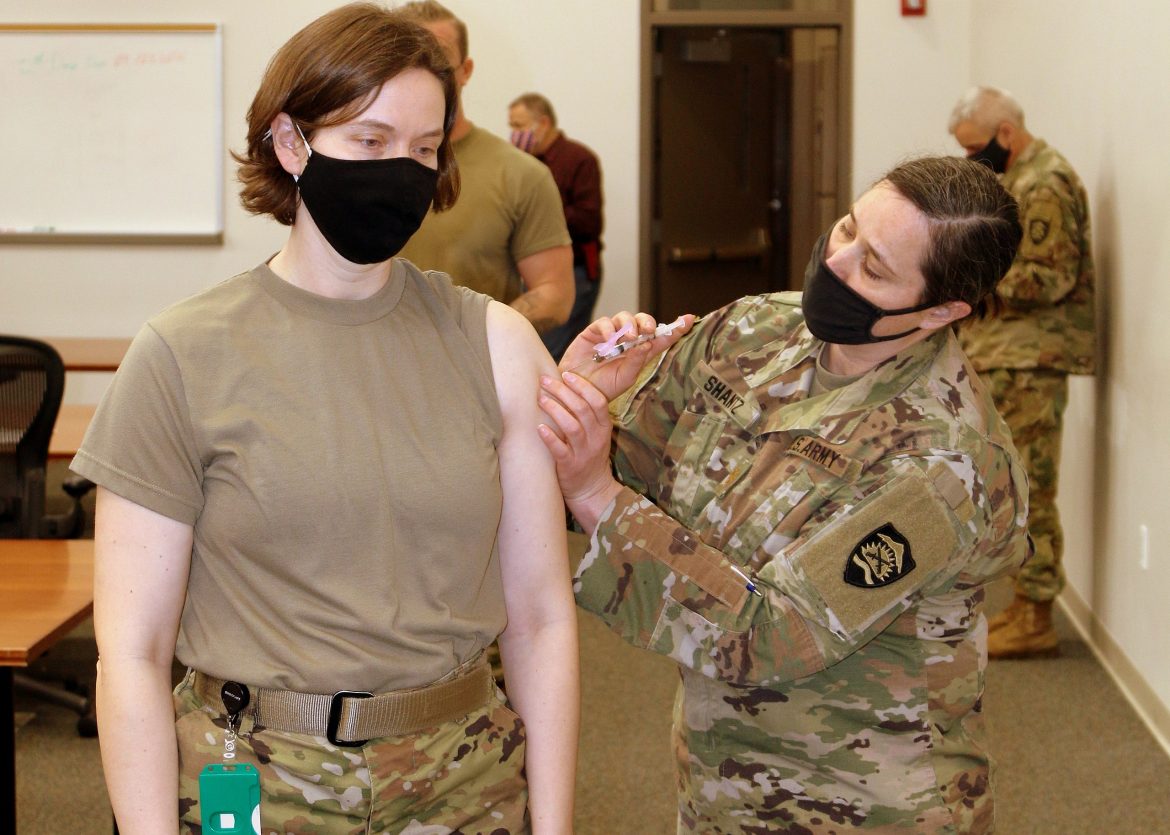 The Pentagon on Tuesday officially ended the Covid vaccine mandate for all U.S. military forces.

However, more than 8,400 troops were forced out of the military for refusing the vaccine and the Pentagon has not provided or explained a path back to active duty for those servicemen and women.

Pentagon Secretary Lloyd Austin released a memo officially rescinding the requirement that he first put into place on August 24, 2021.

“On December 23, 2022, the James M. Inhofe National Defense Authorization Act … for fiscal year … 2023 was enacted. Section 525 of the [act] … requires me to rescind the mandate that members of the Armed Forces be vaccinated against Covid-19, issued in my August 24, 2021 memorandum,” Austin’s memo states. “I hereby rescind that memorandum.”

The memo also rescinds the order, from November 30, 2021, that required National Guard and Ready Reserve members to be vaccinated against Covid.

The Pentagon stated that members of the military that had previously been discharged for non-compliance with the vaccine mandate can petition to have their records updated to reflect a minimum of a “general (under honorable circumstances) discharge.”

‘THERE IS MORE TO DO’

While the memo reinstated the freedom of bodily autonomy to U.S. troops, it reserved the right to limit where unvaccinated soldiers may be deployed.

According to the memo, “the ability of commanders to consider, as appropriate, the individual immunization status of personnel in making deployment, assignment, and other operational decisions, including when vaccination is required for travel to, or entry into, a foreign nation” remains in effect.

Rep. Chip Roy (R-Texas) posted a comment on Twitter, stating that “there is more to do” despite this “important step” taken by the Pentagon.

Many Republicans hope the mandate’s end will boost military recruitment, which was down in 2022.

According to the Military Times, “the Army missed its recruiting goal by about 15,000 new soldiers in 2022, coming up 25% short of its goal at a time when each of the services were struggling to meet their benchmarks.”

Thomas Spoehr of the Heritage Foundation explained that the United States military may be weakening under the strain of extremist political views.

“The largest threat [military veterans] see by far to our current military is the weakening of its fabric by radical progressive, or “woke,” policies being imposed … by the very leaders charged with ensuring their readiness,” Spoehr stated in September of last year.

According to the Red State, “the Department of Defense has become unaccountable. The new Republican House needs to take steps to stop the problem from getting worse. The next Republican president must take a page from George C. Marshall’s playbook, ignore rank and seniority, and immediately fill the military’s upper ranks with men focused on fighting and winning wars instead of the princely class that runs the Pentagon today.”

Commentary: A Reflection For Epiphany

Partner Update: Difference Between IT and Technology Sector