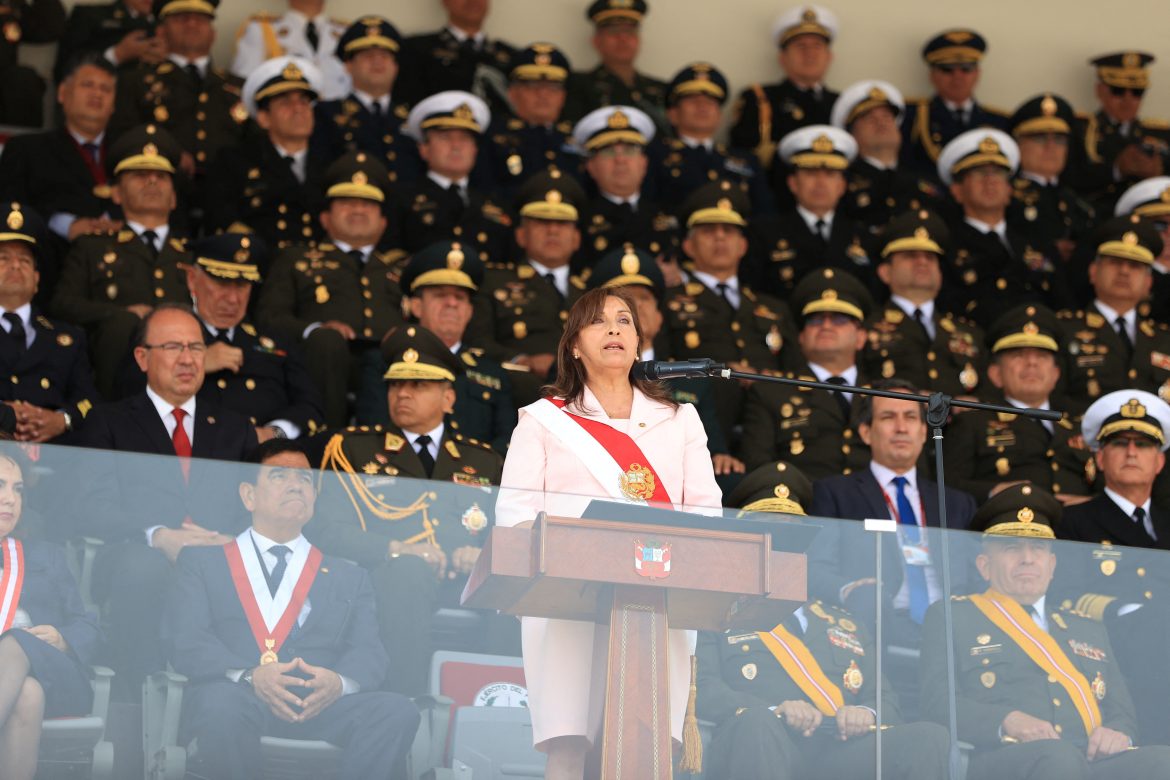 Peruvian President Dina Boluarte, who has said she is leading a transitional government, urged the country’s Congress to pass a proposal to bring forward general elections in a news conference from the presidential palace on Saturday.

Since then, protests have broken out across the country, and at least 17 people have been killed. Another five have died of indirect consequences of the protests, according to authorities.

Boluarte on Saturday countered protesters asking for her to step down, saying “that does not solve the problem” and that she had done her part by sending the bill to Congress.

On Friday, Peru’s Congress rejected the proposed constitutional reform to move elections forward to December 2023. Some members of Congress have called for the legislature to reconsider the proposal.

“I demand that the vote to bring elections up be reconsidered,” Boluarte said, criticizing Congress members who had previously abstained from voting.

She also dismissed calls for a constitutional assembly, saying it was “not the time.” Some leftist leaders have called for the assembly, which would redraft Peru’s 1993 constitution, to boost the state’s role in the economy.

Boluarte said there would be a reshuffling of her Cabinet in the coming days as well, following the resignation of the education minister and culture minister Friday.

“We will have a recomposition of the Cabinet, to be able to install knowledgeable ministers in each sector,” she said.

The Cabinet departures Friday raise questions about the longevity of Boluarte’s government, which has been rocked by political turbulence.

Protests since the arrest of former President Castillo, who is in pre-trial detention while facing charges of rebellion and conspiracy, have crippled Peru’s transport system, shuttering airports and blocking highways.

On Wednesday, Boluarte’s government announced a state of emergency, granting police special powers and limiting citizens’ rights, including the right to assembly.

“We want the immediate closure of Congress; we want the resignation of Dina Boluarte,” Rene Mendoza, a protester at the border with Bolivia, told Reuters. “Today the Peruvian people are in mourning… The whole of Peru is in a struggle.”