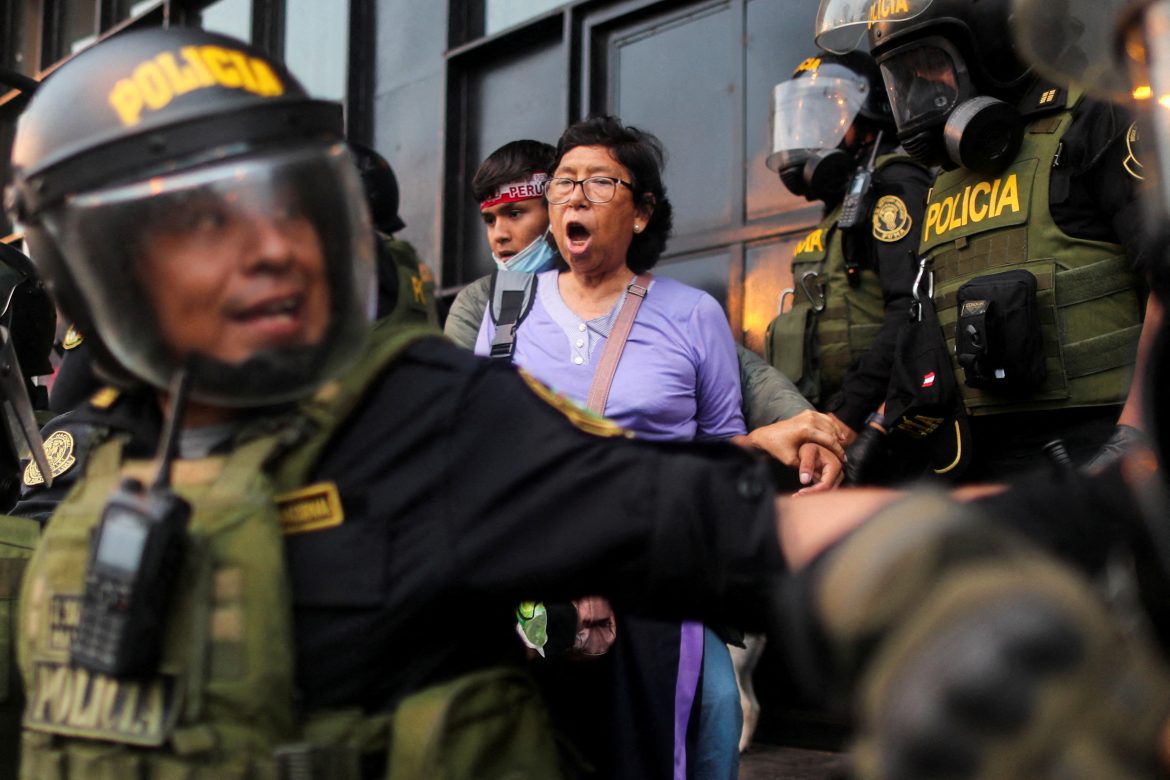 Leopoldo Huamani, 60, a farmer from Chalhuanca in southern Peru, traveled for three days to reach the capital Lima and march in support of ousted and jailed leader Pedro Castillo, whose fall has sparked deadly protests around the country.

Huamani is one of Peru’s “forgotten” people, marginalized, rural groups Castillo tried to represent – often falling short – whose anger has been fired up by his arrest, threatening to derail a fragile new government and a reviled Congress.

In the South American nation, voter anger has long bubbled close to the surface over years of tumultuous politics that has seen six presidents in five years. Most former leaders have been jailed or investigated for corruption.

The situation has exploded in the last two weeks. Protesters have blocked highways, set buildings on fire and taken over airports in the wake of Castillo’s Dec. 7 ouster, hours after he illegally tried to shutter Congress to avoid an impeachment vote he feared losing. At least 18 people have died.

Many of the protesters – some Castillo supporters and others simply angry – said they felt ignored by political leaders. Castillo, a former teacher and son of peasant farmers, had at least been one of their own, they said, despite his many flaws.

“Nobody represents me now,” said Huamani, who blames Congress and new president Dina Boluarte, Castillo’s former vice president, for the protest deaths. Many like him carry banners calling her a “murderer” and demanding she resign.

The police and armed forces have been accused by rights groups of using deadly firearms and dropping smoke bombs from helicopters. The military says protesters, most in Peru’s Andean south, have used homemade weapons and explosives.

Boluarte, Peru’s first female president and who can speak Andean indigenous language Quechua, has called for calm and implored Congress to bring forward elections. She has said she will not resign, despite the pressures.

“She only represents the dead,” Huamani added. “We elected a humble rural teacher like us, hoping for a revolution that would bring the poor into power.”

Castillo rose unexpectedly to the presidency last year on a wave of support from rural voters fed up with the status quo and what they saw as a corrupt Lima-based political elite.

“I was chosen by the forgotten men and women of deep Peru, by the dispossessed who have been neglected for over 200 years,” Castillo said in a handwritten letter from jail. He is serving 18 months of pretrial detention while being investigated for alleged crimes of rebellion and conspiracy, which he denies.

He thanked his supporters for coming out onto the streets and accused the military and police of conducting what he called “massacres”.

“In this difficult context, the coup mongers, exploiting and starving us, today they want to silence my people,” he wrote.

A political rookie, he had won support with pledges to reform the constitution, redistribute huge copper riches and empower marginalized indigenous groups. On many of these promises he failed, his star waning before his ouster. He and his associates faced a spate of corruption probes and he went through five Cabinets and over 80 ministers in just 17 months.

But his arrest has erased some of the disappointment. Hundreds of people from Peru’s Amazonian jungle, mountain and rural regions have flocked to Lima in his support, including to the jail where he is being held.

“The Peruvian people will rise and defend the popular vote,” supporter Merina Chavez told Reuters outside the prison, aiming her ire at lawmakers. “Congress did not let him do his job.”

Castillo, who ran for the socialist Peru Libre party but later shifted towards the right, faced a hostile and fragmented legislature, where the conservative party of the candidate he narrowly defeated held the largest single bloc.

He was impeached three times, the final time being voted out of office by a large majority after his attempt to dissolve Congress sparked resignations by ministers and accusations of a coup by former allies and constitutional officials.

Most Peruvians, however, still blame the country’s political woes on Congress. Seen as corrupt and self-serving, the parliament has an approval rating of only 11%, according to pollster Datum. Castillo’s had been 24% before his removal.

In a recent poll some 44% of Peruvians said they supported Castillo’s attempt to dissolve the legislature, even though he tried to do it outside constitutional bounds.

Outside the Lima jail, Katherine Asto had come to support Castillo wearing a white hat with a slogan making her feelings clear: “Shut down Congress, it’s a nest of rats”.