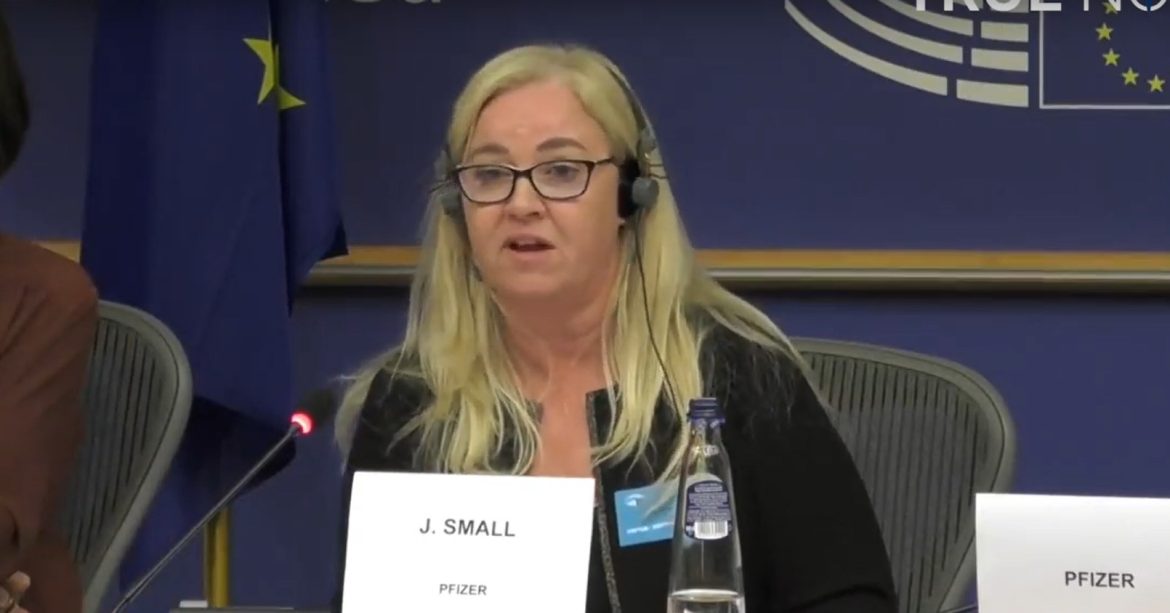 A Pfizer executive appears to have admitted to European Parliament on Monday that the company did not test if its COVID-19 mRNA vaccine prevented transmission of the virus prior to its public rollout.

“I will speak in English so there are no misunderstandings,” Roos said. “Was the Pfizer Covid vaccine tested on stopping the transmission of the virus before it entered the market? If not, please say it clearly. If yes, are you willing to share the data with this committee? And I really want a straight answer, yes or no, and I’m looking forward to it.”

Small’s answer might just be the most explosive news to come out about the mRNA vaccines, except that she seems to have replaced the word “transmission” with “immunization”, thus making her answer to a very clear question rather perplexing — perhaps purposefully unclear.

“Regarding the question around ‘did we know about stopping the immunization before it entered the market? No,” Small answered. “We had to really move at the speed of science to really understand what is taking place in the market.”

Roos took her answer to be a direct answer to his question and called the admission “scandalous.”

“Millions of people worldwide felt forced to get vaccinated because of the myth that ‘you do it for others.’ Now, this turned out to be a cheap lie. This should be exposed.”

"Get vaccinated for others" was always a lie.

The only purpose of the #COVID passport: forcing people to get vaccinated.

The world needs to know. Share this video! ⤵️ pic.twitter.com/su1WqgB4dO

Roos appeared on the Fox News show “Tucker Carlson Tonight” on Tuesday to talk about the meeting.

Carlson opened the segment by speaking of Dr. Anthony Fauci’s public declarations about the COVID vaccines.

“[Fauci] told us repeatedly that if you get the COVID vaccine, you’re not going to get COVID. Period. We know that. And we’re quoting, ‘You become a dead end to the virus,’” Carlson said of Fauci’s claims.

“It soon became clear that [Fauci’s claim] itself was misinformation, because of course you can get COVID and pass it on if you’ve had the shot,” Carlson said.

Carlson asked Roos if he knew the answer to his question for Small before he asked it and if her answer shocked him. Roos said this was the first time Pfizer had admitted the lack of testing.

Roos said that vaccine mandates and passports, such as the ones his country and the U.S. imposed, were “real institutional discrimination.”

“All of this was based on the idea that vaccination helped prevent the spread of the virus. Otherwise, why should [they keep] people out of society? But this has proven to be a big lie,” Roos said. “I find this one of the biggest scandals of our time.”

“I won’t forget what they did to millions of people. And if we are a democracy, we should have accountability. That’s what I am calling for.”

Neither Pfizer nor Small has publicly offered any comments on the meeting as of this publication.