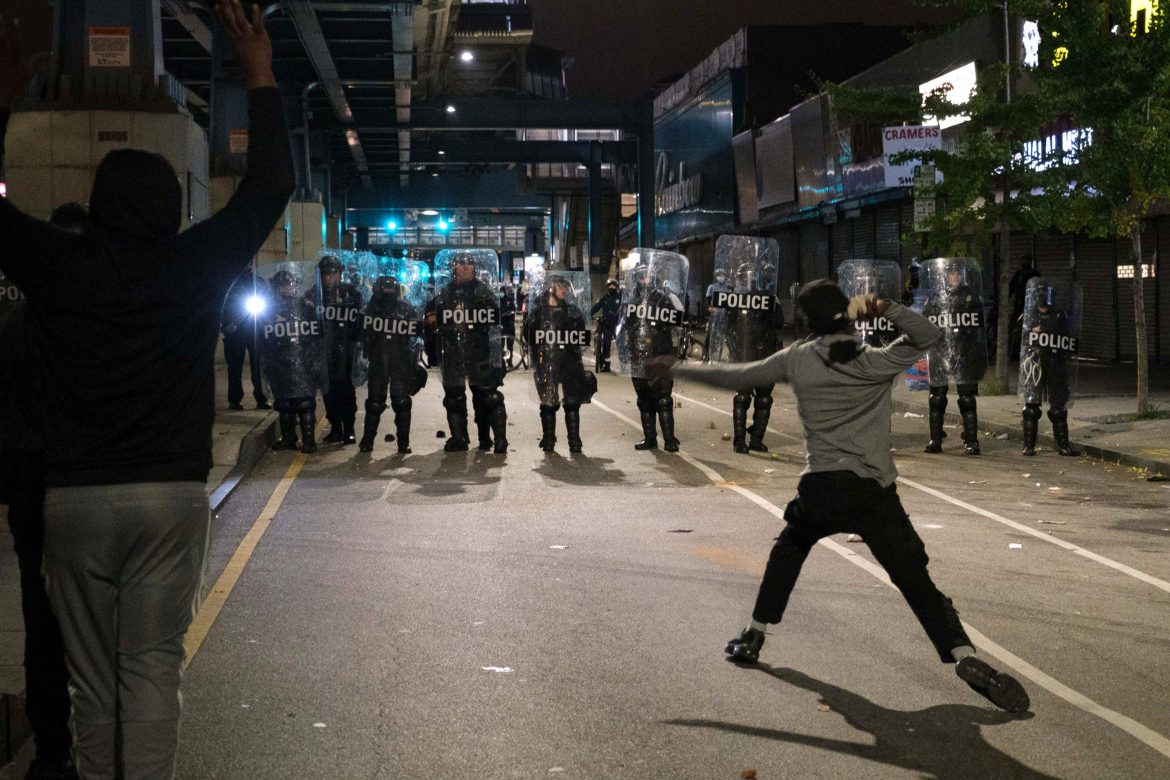 Philadelphia experienced its second night of violence after a deadly police encounter with a black man on Monday. Protests and riots ensued after video footage emerged of officers shooting and killing a 27-year-old Walter Wallace Jr., who was approaching the officer with a knife and refused to drop it at their requests. Wallace suffered from bi-polar disorder and an investigation into the shooting is underway.

The first night resulted in the wounding of 30 officers, along with 91 arrests. One officer suffered from a broken leg after being hit by a pickup truck. On the second night, a large crowd of roughly looted stores throughout the city and clashed with police. Footage shows looters cleaning out a Foot Locker, Target, and Walmart, among others. Governor Tom Wolf has ordered hundreds of National Guard troops to back up local police.

Footage from inside a Philadelphia business shows looters destroying the place within seconds during the BLM riot. https://t.co/yz81zf8E6j

The Trump administration, which has made “law and order” part of the President’s reelection campaign, released a statement condemning the riots and promising to “deploy any and all Federal resources’  needed to stop the violence. The statement also framed the riots as a result of “the Liberal Democrats’ war against the police.”

The Biden campaign also released a statement saying they were heartbroken at the loss of another “Black life in America.” The statement also condemned violence and looting and accused Trump of fanning “the flames of division in our society.”