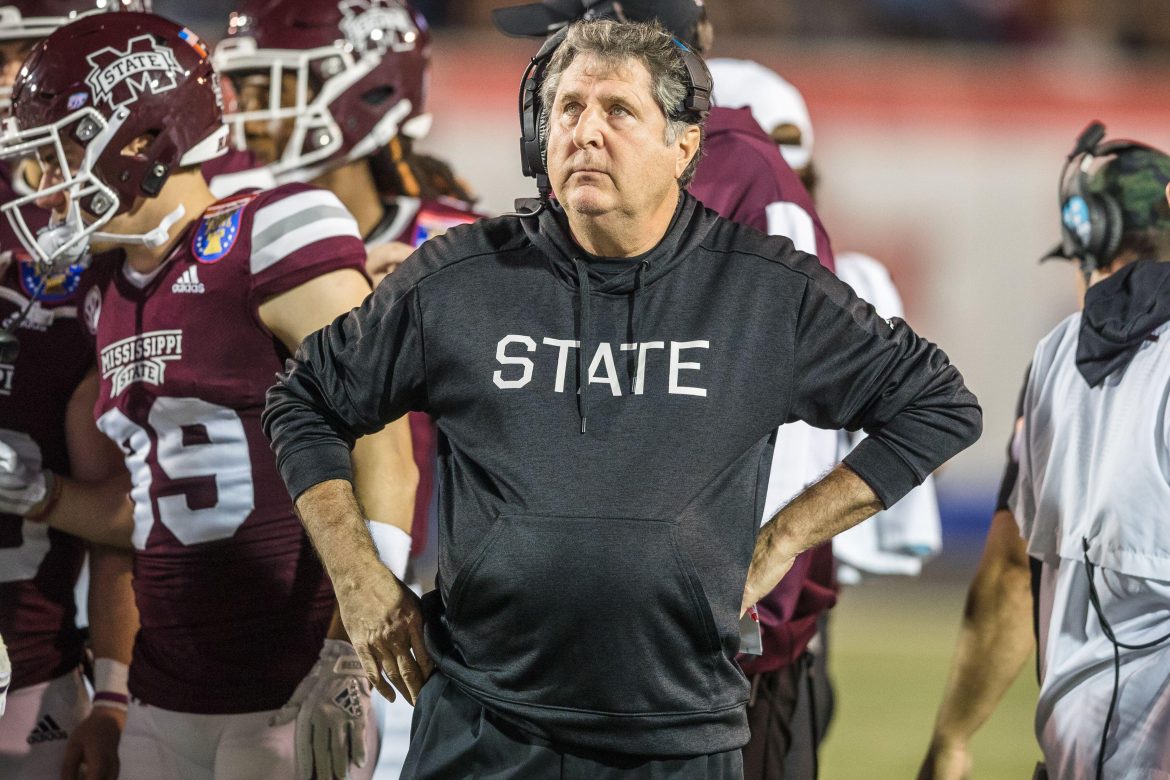 Leach suffered a heart attack at his home in Starkville, Mississippi on Sunday. He was taken to a local hospital and airlifted to the University of Mississippi Medical Center in Jackson.

His innovative ‘Air Raid’ offense changed the game. Mike’s keen intellect and unvarnished candor made him one of the nation’s true coaching legends. His passing brings great sadness to our university, to the Southeastern Conference, and to all who loved college football. I will miss Mike’s profound curiosity, his honesty, and his wide-open approach to pursuing excellence in all things.

Leach was in his third season as the head coach at Mississippi State. He previously led Texas Tech and Washington State. Leach was 158-107 in 21 seasons, leading winning teams at schools that traditionally didn’t have much success. Mississippi State is preparing for the ReliaQuest Bowl in Tampa, FL on January 2.

“Mike was a giving and attentive husband, father, and grandfather. He was able to participate in organ donation at UMMC as a final act of charity,” the family said in a statement issued by Mississippi State. “We are supported and uplifted by the outpouring of love and prayers from family, friends, Mississippi State University, the hospital staff, and football fans around the world. Thank you for sharing in the joy of our beloved husband and father’s life.”

Leach’s impact on the offensive game stretched from high school to the NFL as many coaches adopted variations of his scheme. Four of the top six best passing seasons in major college football history were by quarterbacks who played for Leach. Leach turned B.J. Symons (448.7 yards per game), Graham Harrell (438.8), Connor Halliday (430.3), and Anthony Gordon (429.2) into record-setting QBs and Heisman Trophy contenders.

“The life of Mike Leach touched thousands upon thousands of people through his coaching, leadership teaching, and insightful commentary,” SEC commissioner Greg Sankey said. “We will miss Mike. Every conversation with Mike made you think. His humor, depth, and point of view continually challenged all of us to think differently and re-evaluate our perspectives. His innovative approach to the game contributed to the evolution of college football.”

Defensive coordinator Zach Arnett was appointed the Bulldogs’ interim coach for the team’s upcoming bowl game against Illinois at Raymond James Stadium in Tampa. Leach’s Mississippi State team was 8-4 this season, including a 24-22 victory over arch-rival Ole Miss on Thanksgiving night in what was his final game.

Leach is survived by his wife and four children, Janeen, Kimberly, Cody, and Kiersten.