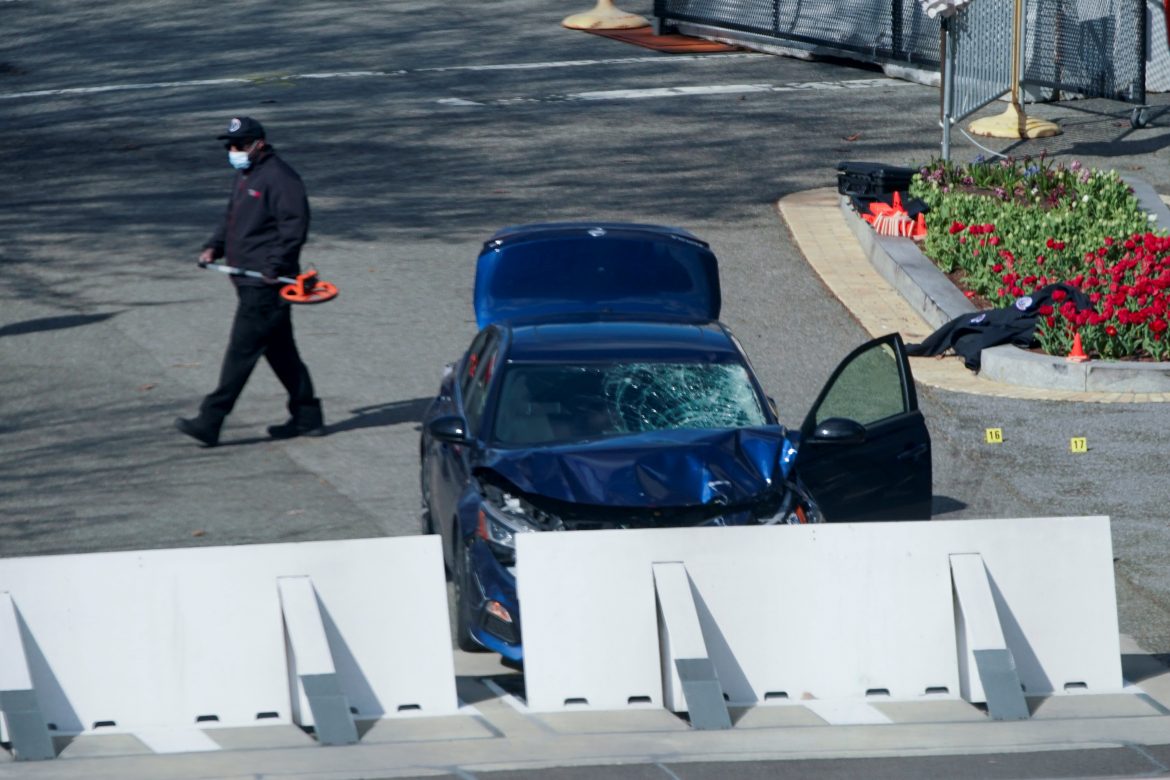 A motorist rammed a car into the U.S. Capitol police on Friday and brandished a knife, killing one officer and injuring another in an attack that police said did not appear to be terrorism-related.

Police shot and killed the suspect.

Yogananda Pittman, acting chief of the U.S. Capitol Police, said the suspect drove into the officers, then hit a barricade and got out of the vehicle, lunging at them with a knife.

“It is with a very, very heavy heart that I announce one of our officers has succumbed to his injuries,” she told a news conference, her voice choked with emotion.

Police identified the slain officer as William “Billy” Evans, an 18-year veteran of the force and father of two children. Officials said the other officer was in a stable and non-life threatening condition.

“It does not appear to be terrorism-related but obviously we’ll continue to investigate,” said Robert Contee, acting chief of the Metropolitan Police Department of Washington.

President Joe Biden said he was heartbroken by the attack and ordered flags at the White House be lowered to half-staff. In a statement, he said he was being briefed on the investigation.

The suspect has been identified but police said they had yet to determine what motivated him.

“Clearly this was someone who was actively trying to just get at whoever or whatever – we just don’t know right now,” Contee said. “Whether the attack was at law enforcement, or whoever, we have a responsibility to get to the bottom of it and we’ll do that.”

The Capitol complex went into lockdown as a result. Roads leading to the complex were blocked by police cars or officers and people inside the Capitol were told to stay away from windows for much of the afternoon before police announced that the lockdown had been lifted.

There were few people at the Capitol. Members of Congress were not in Washington on Friday, with both the Senate and House of Representatives in recess for the Easter holiday.