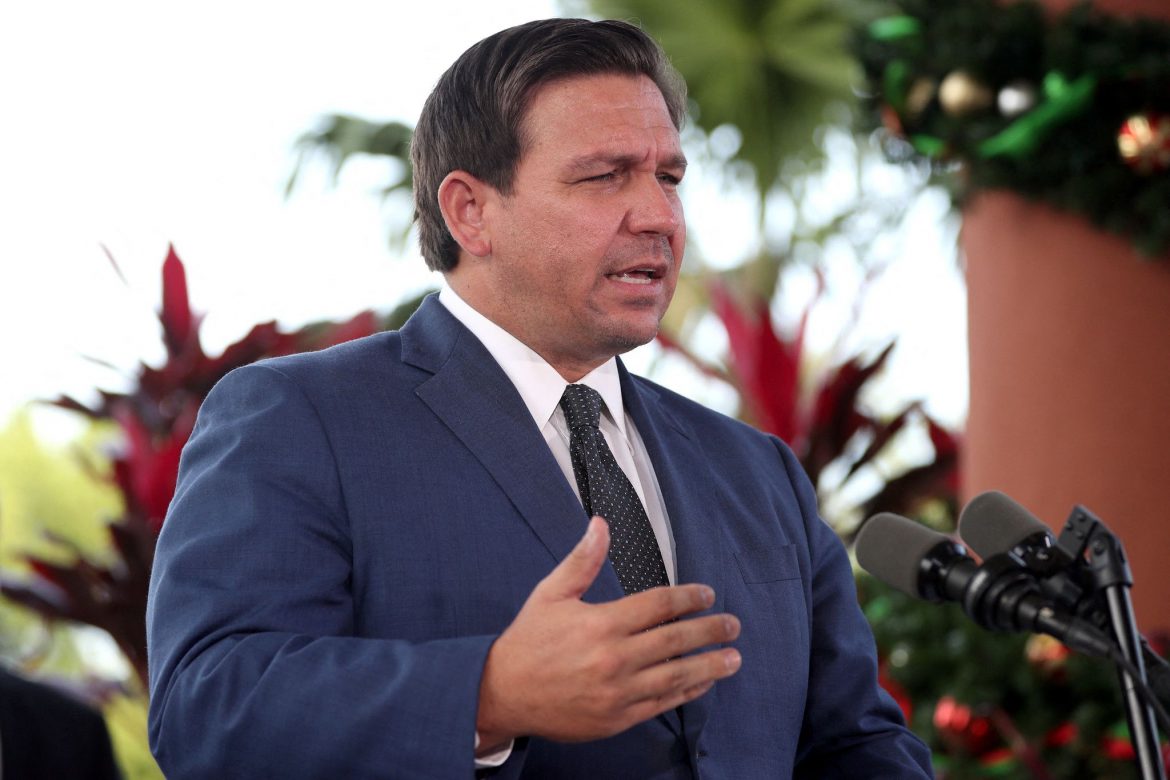 Trump enjoyed the support of 43% among the same demographic in October, a significant advantage over DeSantis’ 18%, revealing how far voter sentiment has shifted among conservatives.

The new poll also found that in a hypothetical general election matchup against President Biden, DeSantis leads the president by one percentage point, garnering 47% support from likely voters versus Biden’s 46%. Biden defeated Trump in 2020 by eight percentage points in New Hampshire.

DeSantis also led a 2024 straw poll taken at the Western Conservative Summit in Denver, Colorado, earlier this month, with 71% of attendees supporting a DeSantis presidential run in 2024 while 67% said they would back Trump. Both men edged out other potential candidates by a wide margin, with Texas Sen. Ted Cruz coming in at a distant third with 29%, according to a MediaIte report.

DeSantis has achieved star-like status among many GOP voters for pushing back against restrictive COVID-19 mandates and his unapologetic stance against progressive hot-button culture war issues, including his infamous battle with Walt Disney execs over Florida’s Parents’ Rights in Education bill.

A Harvard Law School graduate and former U.S. Navy JAG officer who served in Iraq, DeSantis has repeatedly dodged questions about a possible 2024 run, asserting that he is solely focused on his role as Florida’s 46th governor and his reelection campaign in the Sunshine State.

While speculation abounds, neither DeSantis nor Trump have made any official announcement that they will seek the Republican presidential nomination in 2024.

DeSantis has raised some eyebrows for declining to pursue a formal endorsement from Trump for his reelection bid. Politico reported that Dave Abrams, a spokesperson for DeSantis’ reelection campaign, declined to comment on whether the governor has any plans to seek Trump’s backing in the future.