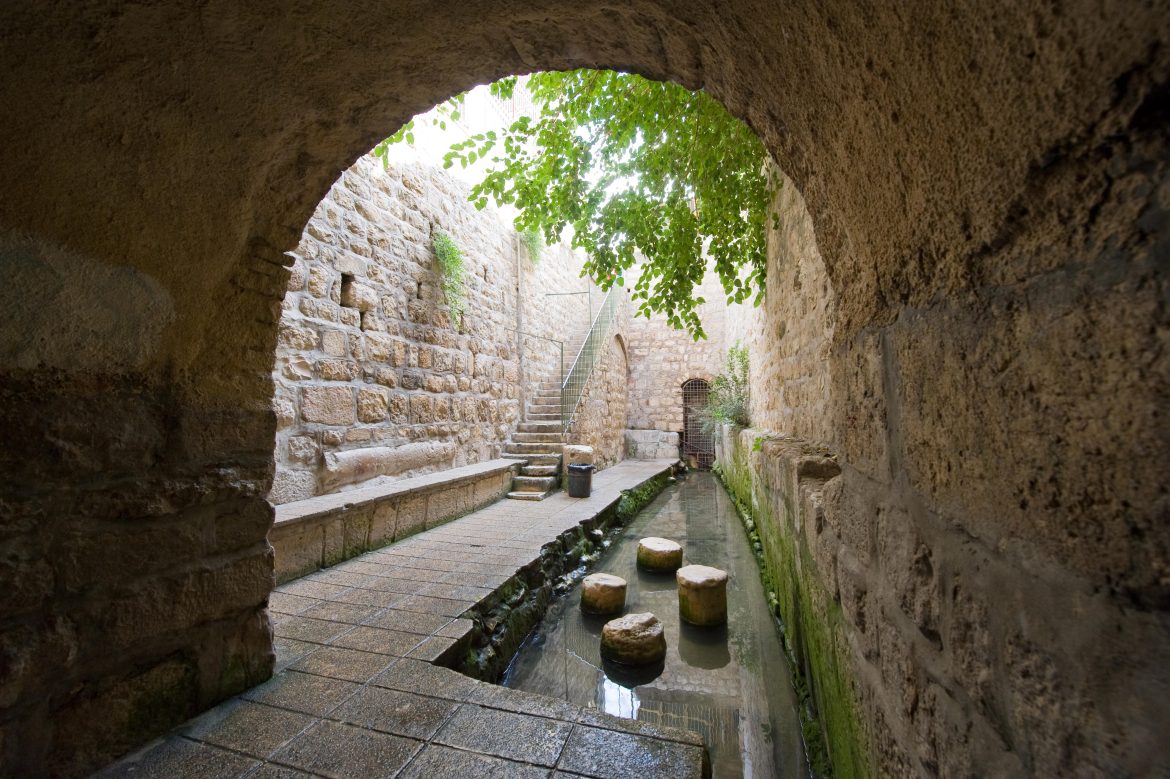 A biblical site revered by Jews and Christians will soon be open to the public for the first time in 2,000 years, according to a joint announcement from The Israel Antiquities Authority (IAA), the Israel National Parks Authority, and the City of David Foundation.

“For the first time in modern history, the excavation by the IAA will enable the complete exposure of the Pool of Siloam, within the context of an official archeological excavation,” the release states. In the initial phase of the site’s opening, visitors will have the opportunity to observe the excavations and the site, located in the southern portion of the City of David, will be opened for tourist access in the coming months.

Mayor of Jerusalem, Moshe Lion, praised the news that the public would soon gain full access to the site.

“The Pool of Siloam in the City of David National Park in Jerusalem, is a site of historic, national and international significance,” he said. “After many years of anticipation, we will soon merit being able to uncover this important site and make it accessible to the millions of visitors visiting Jerusalem each year.”

The Pool of Siloam is referenced twice in the Bible, with both occurrences appearing in the Gospel of John (John 9:7, 11). It is there that Jesus, while walking with his disciples, miraculously gave sight to a man who had been blind from birth.

According to the IAA, the Pool of Siloam was constructed in the 8th Century BC, during the reign of King Hezekiah, as part of Jerusalem’s water system. It featured a perimeter of steps hewn into the rocks “allowing the bathers to sit and immerse themselves in the waters of the Pool” and was fed by the waters of the Gihon Spring. In 1880, the Siloam Inscription was uncovered in a water tunnel near the Pool. Written in ancient Hebrew script, it describes the way in which “the Gihon Spring’s water was diverted to the Pool during the reign of King Hezekiah,” the release states.

The Pool is located along the limestone-paved route known as the “Pilgrimage Road” where Jews would travel to the Temple to worship and make sacrifices. It is widely believed that the Pool was used for ritual cleansing.

Some of the steps were exposed in 2004 during routine infrastructure works carried out by an Israeli water company. The IAA then set about excavating the site, revealing sections of the northern and eastern perimeters of the Pool of Siloam.

The IAA said that the site, “at the height of its glory, was approximately the size of 5 dunams (1¼ acres) and inlaid with impressive flagstones.”

Rev. Johnnie Moore, president of the Congress of Christian Leaders, told Fox News that the site represents “one of the most important archeological discoveries in history” that further affirms the truth of Scripture.

“In the Pool of Siloam, we find evidence of history preserved for us, revealed at just the right time. This is a truly historic event. Theologically, it affirms Scripture; geographically, it affirms history; and politically, it affirms Israel’s unquestionable and unrivaled link to Jerusalem,” he said. “Some discoveries are theoretical. This one is an undeniable. It is proof of the story of the Bible and of its people, Israel.”