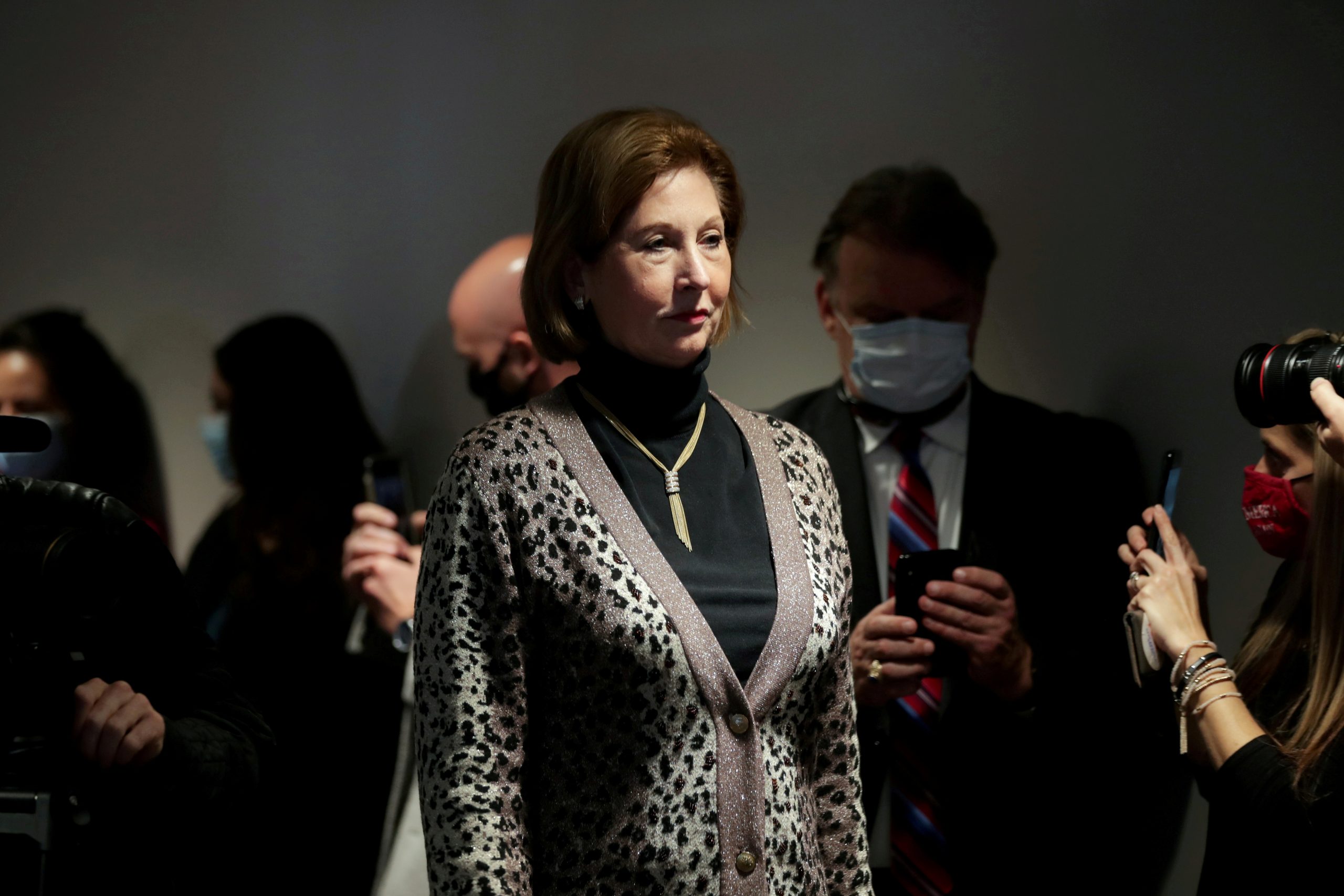 Attorney Sidney Powell is facing a $1.3 billion dollar defamation lawsuit from Dominion Voting Systems, the company she claimed rigged the 2020 election against Donald Trump. For all the hype Powell put into her voter fraud case, her defense team says “no reasonable person” would have believed her claims “were truly statement of fact.”

FISM News reported Powell claimed an algorithm was run across the country to flip votes, but was overwhelmed and that’s why states had to shut down counting in the middle of the night.  She also said late-night Biden votes were fed into voting machines multiple times and printed on fake ballots.  Powell called for a criminal investigation into the jurisdictions that used Dominion.

Powell’s defense team argues in court documents that these allegations should have been viewed as “claims that await testing by the courts through the adversary process.” The defense expanded on this by saying,  “Given the highly charged and political context of the statements, it is clear that Powell was describing the facts on which she based the lawsuits she filed in support of President Trump,” referring to her self-touted “Kraken” case.

Regardless of the facts surrounding Powell’s claims, the defense is looking to toss the case on constitutional and process grounds. Powell’s lawyers assert her claims are protected under the First Amendment and the suit was filed in the wrong jurisdiction.

The documents emphasize the bombastic nature of Powell’s claims, suggesting most did not believe them, therefore causing little if any damage to Dominion.

Indeed, Plaintiffs themselves characterize the statements at issue as ‘wild accusations’ and ‘outlandish claims. They are repeatedly labeled ‘inherently improbable’ and even ‘impossible.’

Such characterizations of the allegedly defamatory statements further support defendant’s position that reasonable people would not accept such statements as fact but view them only as claims that await testing by the courts through the adversary process.

Despite her defense team arguments, Powell still believes her original claims. After receiving backlash from her more ardent supporters, Powell took to the social media site Telegram saying, “The #FakeNews is lying to everyone about our filings in the Dominion case,” and that her “position has not changed.”

In addition to Powell, Dominion Voting Systems is also suing Rudy Guilani and Mike Lindell, CEO of My Pillow, for election fraud claims. SmartMatic, another voting system, is similarly suing Powell and Giuliani, along with Fox News for a “disinformation campaign.”