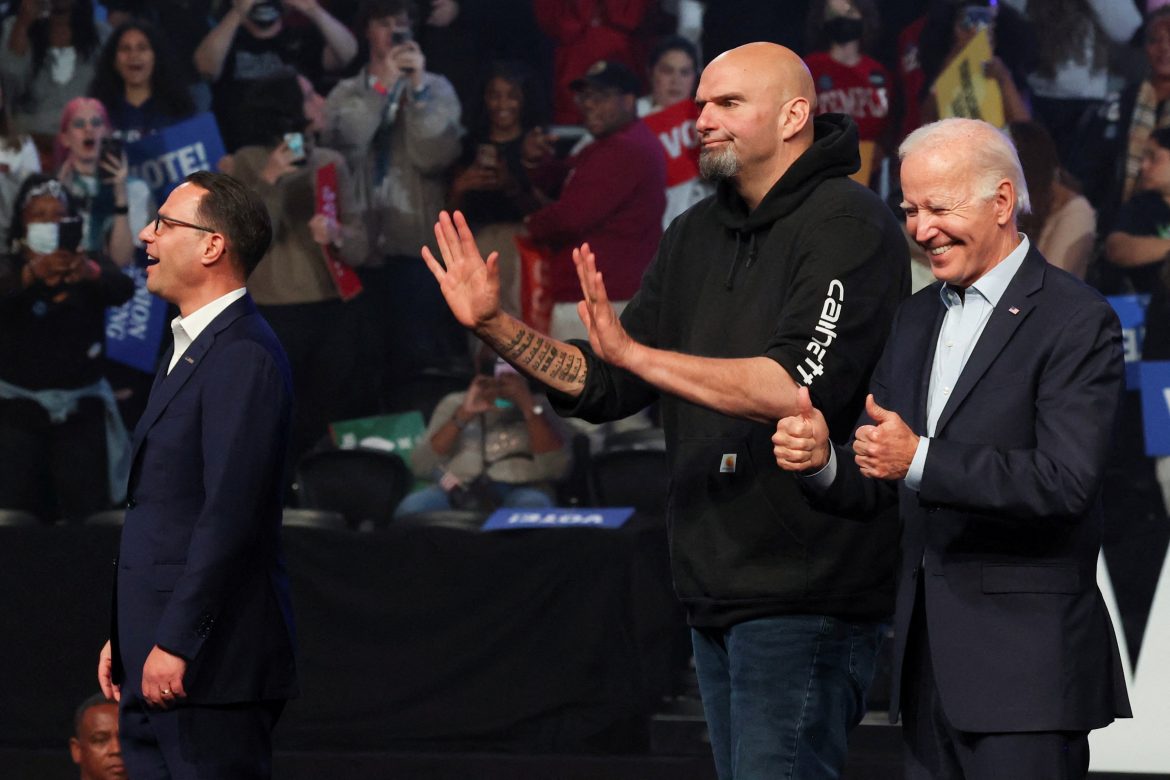 Republicans who had hoped for a red tsunami did not get it last night. Democrats surprised even themselves by racking up hard-fought wins in several swing districts in the high-stakes midterm elections on Tuesday. The GOP may still take the House, but certainly not with the sweeping numbers predicted.

To say Republicans were disappointed with the results would be an understatement, considering President Biden’s struggling approval ratings and concerns about the economy, not to mention the fact that the party that controls the White House historically loses seats in the first midterm elections. The widely predicted stark repudiation of the party in power in Washington proved to be a mild scolding, at best.

With several key races yet to be declared, the GOP is clinging to a marginal lead in the House, with Democrats still on track to retain control of the Senate.

Early results in several toss-up races went to the Democrats, including two key House races in Virginia, where Reps. Abigail Spanberger (D) and Jennifer Wexton (D) secured their reelection in tight contests. Their victories offered the first hint that Democratic losses this cycle may not be as extensive as many had predicted.

“While many races remain too close to call, it is clear that House Democratic Members and candidates are strongly outperforming expectations across the country,” Pelosi said in a statement.

House Minority Leader Kevin McCarthy projected continued optimism at a 2 am speech saying, ““When you wake up tomorrow, we will be in the majority, and Nancy Pelosi will be in the minority.” However, two GOP lawmakers echoed the sentiment that many Republicans were feeling in a text to the Washington Examiner after the speech, saying, “This is bad.”

While it looks like Republicans will gain enough seats to take control of the House – though by a lesser margin than many expected – the control of the Senate remains in flux while votes are still being tallied in tight races across the country and Democrats gained a few toss-up seats.

In one of the biggest upsets of the night, Democrats scored a major victory in the must-win state of Pennsylvania, where John Fetterman flipped the Senate seat blue, despite his abysmal debate performance against the GOP’s Mehmet Oz. Both men were vying to fill the seat vacated by Pat Toomey (R-Pa.).

In New Hampshire, Sen. Maggie Hassan emerged victorious over Republican challenger Don Bolduc. Sen. Lindsey Graham (R-S.C.) expressed frustration with the Trump-aligned Bolduc, telling NBC: “If you run that far behind your governor candidate, you probably made a mistake.”

Meanwhile, Republican Blake Masters is trailing behind Democratic incumbent Mark Kelly in Arizona, where votes are also still being tallied.

The ballot count is also still underway in Nevada’s nail-biting race between Democratic Sen. Catherine Cortez Masto and Republican challenger Adam Laxalt. As of early Wednesday, Cortez Masto trailed Laxalt 47.2% to 49.9%, with 80% of the vote counted, according to NBC News. Long considered to be one of the most vulnerable Democratic Senators in this year’s cycle, Masto’s ability to hold her own in the race underscores the GOP’s crushing disappointment in races where the party had high expectations.

Republicans did manage to pick up a Senate seat in Ohio, where Democrat incumbent Tim Ryan lost to Trump-backed J.D. Vance. The party’s hopes for doing the same in Colorado, however, were dashed when Democratic Sen. Michael Bennet was elected to a third term, defeating Republican challenger, Denver business executive Joe O’Dea.

Despite the losses pouring in, Graham remained somewhat optimistic about the GOP’s chances of gaining a Senate majority. “I think we’re going to be at 51, 52 when it’s all said and done in the Senate,” he said.

Regardless of which party ends up holding a majority in Congress’s upper chamber, neither is likely to control the seats required to bypass the filibuster, and President Biden still holds crucial veto power.

This article was partially informed by Axios, The Associated Press, Newsweek, Politico, and The Hill reports.