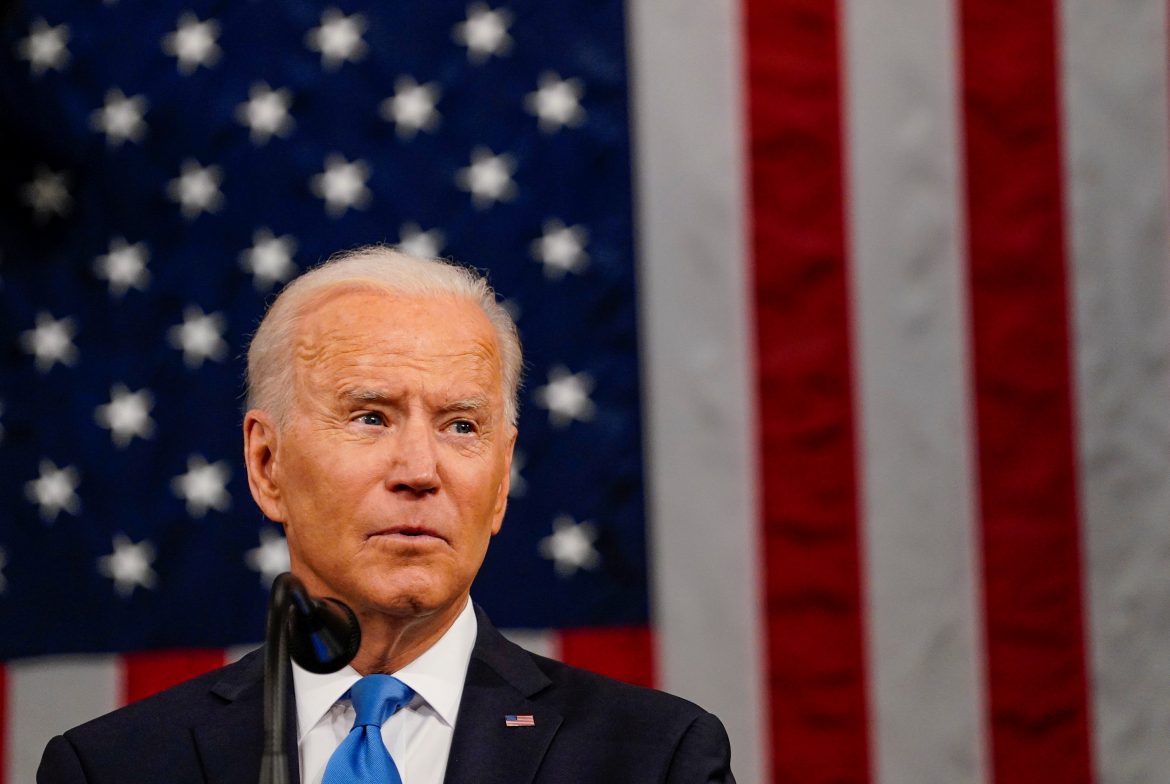 President Joe Biden’s message in his first speech to Congress reflects the alliterative slogan he’s used off and on throughout his campaign and presidency – Build Back Better. Except, instead of “better” it may be more appropriate to substitute the word “bigger” since his message focused on the multiple projects and funding America “needs” in order to catch up with the rest of the world and address the multiple crises he says America currently faces.

He started with his goals for his first 100 days in office, namely the $1.9 trillion American Rescue Plan and his vaccination drive. The Rescue Plan was passed quickly upon his entering office as a COVID-19 relief measure, yet less than 10% of the bill actually went to relief efforts.

The vaccination campaign has been successful as far as creating availability to receive any one of the three vaccine candidates approved for emergency use by the FDA. However, Biden lamented the lack of inoculated citizens when he came into office saying less than 1% of seniors had received a vaccine drug. He then praised his own administration’s efforts for increasing the number of inoculated seniors to 70%. The vaccination drive began under President Trump only a month before Biden took office and a mix of healthcare workers, seniors, and long-term care residents were first in line.

Biden took time to promote his infrastructure bill known as the American Jobs Plan, the cost of which will exceed $2 trillion. He said it’s the “largest jobs plan since World War II” and is “a blue-collar blueprint to build America.” Similar to the American Rescue Plan, only a certain percentage of the bill goes to updating and modernizing physical infrastructure while the rest goes into various projects such as the “care economy,” research and development, and workforce development among others.

He proposed other legislation to be sent to his desk, including a right to unionize, a sweeping $15 per hour minimum wage hike, and an equal pay legislation for men and women.

Biden also turned his attention to worldly threats such as China. Multiple times Biden remarked that he doesn’t want America to be outpaced by other nations like China, and he said “autocrats” like Xi Jingping “think that democracy can’t compete in the 21st century with autocracies because it takes too long to get consensus. ”

He went on to plead with Congress to address other “critical priorities” such as the Affordable Care Act and lowering prescription drug costs.

As far as how to compensate for all of this spending, Biden proposed increasing the tax rate for the “wealthiest 1 percent” in the nation. Biden said: “I think you should be able to become a billionaire and a millionaire, but pay your fair share.” Biden also stated that he would not raise the tax for the middle class. He summed up his thoughts with the following statement:

My fellow Americans, trickle-down — trickle-down economics has never worked and it’s time to grow the economy from the bottom and the middle out.

He appealed to the world in the fight against all of the “crises,” which he specified were “terrorism, . . . nuclear proliferation, mass migration, cybersecurity, climate change, as well as what we’re experiencing now with pandemics.” He spent time to boast on his commitment to rejoin the Paris Accords and hold a climate summit with other world leaders to further advance his efforts to fight climate change.

Touching on foreign policy, Biden said he stood firm against Xi Jingping with their human rights violations and told Russia he didn’t want “escalation” but their “actions will have consequences if they turn out to be true.” He maintained his policy of diplomacy and deterrence in the nuclear debate against Iran and Korea, and reiterated his desire to pull American troops out of Afghanistan for good.

He then moved to cultural matters starting with police reform. A bill on the topic recently passed the House and he urged Congressional Republicans to work with Democrats to have a police reform bill on his desk “next month.”

And we won’t ignore what our intelligence agencies have determined to be the most lethal terrorist threat to the homeland today: White supremacy is terrorism.  We’re not going to ignore that either.

He applauded the Senate for passing the COVID-19 Hate Crimes Act and urged Congress to pass the Equality Act for the American LGTBQ community. He spent a large section of his speech pleading with Republicans to work with the Democrats in passing gun control reform bills.

Look, I don’t want to become confrontational but we need more Senate Republicans to join the overwhelming majority of Democrat colleagues and close the loopholes requiring a background check on purchases of guns.  We need a ban on assault weapons and high-capacity magazines.

Immigration was also briefly mentioned by the President, as he continued to push his main immigration policy of addressing the situations in Central and South American countries to curb mass migration.

Biden wrapped up his speech with an emotional remembrance of the events from January 6th, when a crowd protesting in support of President Donald Trump became riotous and entered the Capitol building during the certification of Biden’s election victory.

They look at the images of the mob that assaulted the Capitol as proof that the sun is setting on American democracy.  But they are wrong.  You know it; I know it.  But we have to prove them wrong. We have to prove democracy still works — that our government still works and we can deliver for our people.

Watch the full speech by clicking on this link.