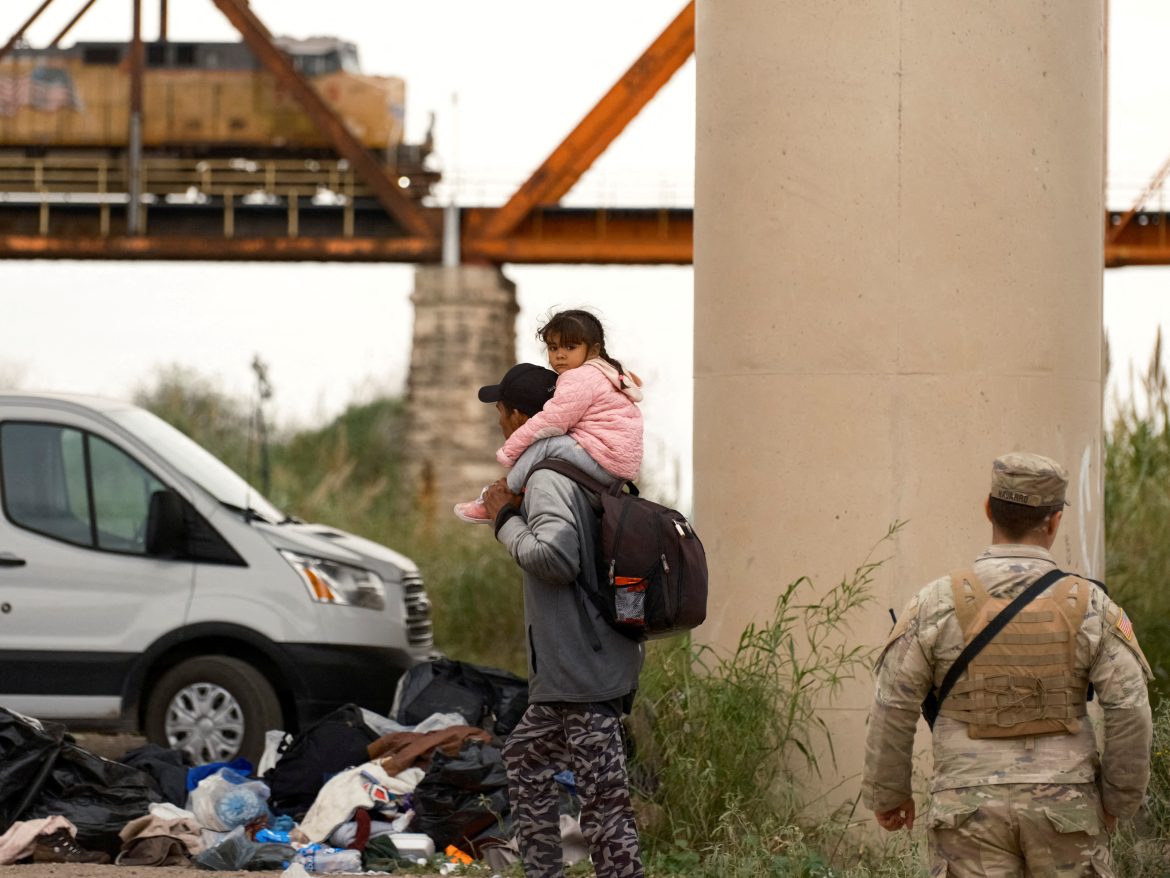 As Republicans continue to criticize President Joe Biden for not visiting the southern border amidst a historic illegal immigration crisis, White House adviser Keisha Lance Bottoms attempted to defend him on Sunday saying a visit would be too “disruptive” and blaming the president’s complicated travel needs.

Speaking to CBS’s Margaret Brennan on “Face the Nation,” Bottoms explained: “When the President travels it is not like you or I jumping on an airplane and getting off and going to our destination. Everything comes to a halt. So all of these things are in consideration for the president — is that the best use of resources, all of the resources that will be diverted on the ground when the president makes a visit.”

When pressed on the matter Bottoms said she couldn’t give a specific reason why the president hasn’t visited the border, but said, “it’s a bit more disruptive for the President of the United States to travel” than for the average American.

Reporter: "Why doesn't [Biden] go to the border?"

Biden Senior Advisor Keisha Lance Bottoms: "When the President travels, it's not like you or I jumping on an airplane and getting off and going to our destination." pic.twitter.com/Wjual5y8ld

Bottoms told Brennan that the president is committed to working with Congress “to get comprehensive immigration reform done.”

Earlier this month President Biden faced criticism for not stopping at the border when visiting a chip-making plant in Phoenix, Arizona – approximately 100 miles from the border.

When asked by Fox News reporter Peter Ducey why he would not be visiting the border at the time, Biden said, “Because there’s more important things going on.”

Bottoms’ appearance on CBS comes as the mayor of the Texas border city of El Paso declared a state of emergency on Saturday. Last weekend a staggering number of illegal immigrants flooded El Paso, with over 2,500 migrants being encountered in 24 hours alone.

The number of border crossings is expected to climb even higher, as border communities brace for the end of Title 42 pandemic restrictions on Dec. 21.