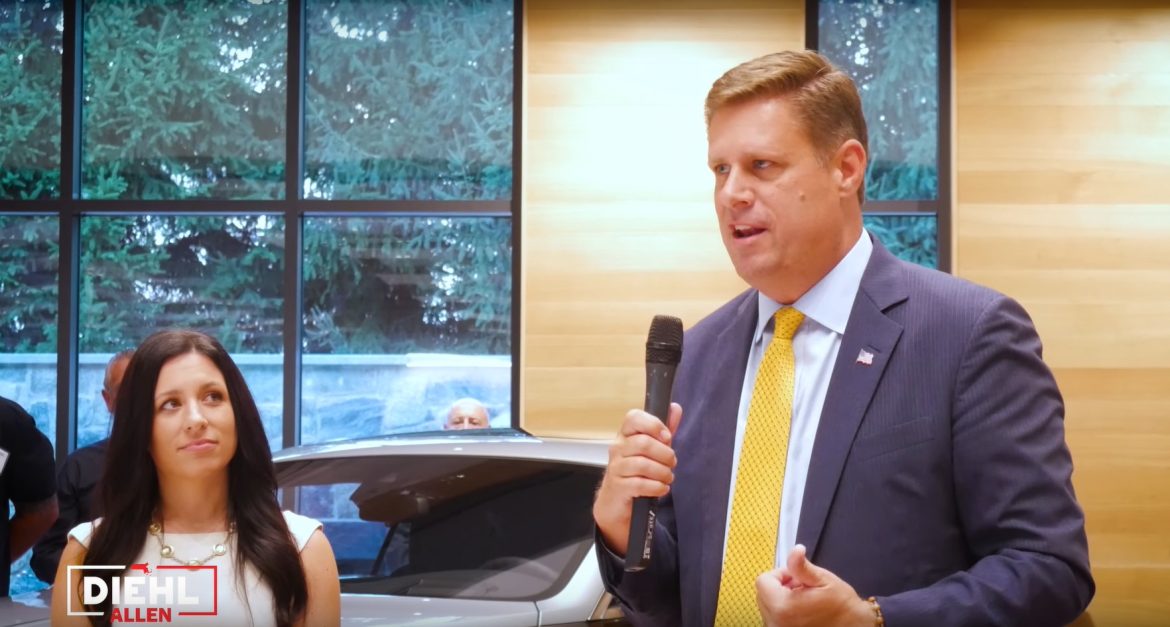 In the vacuum left when the incumbent governor of Massachusetts announced he would not seek a third term, state Republicans will select a new gubernatorial hopeful as Democrats seek to gain greater control of the state in November with their favored candidate, Attorney General Maura Healey in November.

When the GOP Governor Charlie Baker and Lieutenant Governor Karyn Polito announced they would not be pursuing re-election back in December to better focus on their state’s COVID-19 pandemic recovery, they left an opening for other politicians.

There was an initial flurry of Democratic-affiliated nominations. However, most of those nominations bowed out when Healey, 51, announced her plans to run in late January.

The final rival for the Democratic nod, State Senator Sonia Chang-Diaz, will appear in today’s primary election against Healey even though the senator stopped campaigning over two months ago. Healey is considered the presumptive nominee.

“We need to stand strong here in Massachusetts and elect candidates up and down the ballot who are going to make sure to protect the people of Massachusetts and to make life better for our families. That’s what I’m going to do as governor,” said Healey during a Sunday campaign stop.

Healey has served as state Attorney General since 2014.

Her Republican opponent will be determined in today’s primary election. GOP voters will cast their ballots for either Trump-backed Geoff Diehl or businessman Chris Doughty, who has never sought a political office. This makes today’s primary another showdown that will test Trump’s continued influence with GOP voters.

“I need to get every person in Massachusetts that’s voting … to go and vote for a really incredible champion for your rights and your values and your jobs,” said former President Donald Trump about Diehl.

While Doughty’s lack of political experience once made him an underdog, he has campaigned heavily in recent weeks using his opponent’s loss record against Democrats. This includes a failed 2018 bid for Senator Elizabeth Warren’s seat.

Doughty believes this makes him the better candidate to keep a Republican as governor.

.@RepGeoffDiehl cannot defeat @maura_healey, just like he couldn’t defeat @ewarren. @HowieCarrShow wrote, “Bottom line: a vote for perennial loser Diehl is a vote for Healey.” I need your vote on 9/6 to defeat Healey on 11/8. https://t.co/ahFkMmo0hE #magov #mapoli #massgop

During the 2020 election, 33.5% more Massachusetts voters cast their ballot for Biden over Trump. The state also elected a second Democratic U.S. Senator by a similar margin and placed Democrats in all nine open U.S. House seats.

However, the incumbent Baker has served as governor since 2015. While he narrowly won the 2014 election with 48.4% of the vote, he enjoyed a good lead over his 2018 challenger by capturing 66.6% of votes that year.

Despite the voters’ penchant for electing Democratic national candidates, Deval Patrick has been the only Democratic governor of the state since 1990. Patrick served consecutive terms from 2007 to 2015.

In February, an informal poll placed Healey as the leading candidate with 29.9% of the votes. Diehl came in second with 13.5% of the votes. However, it was noted that no candidate secured a majority of a party’s vote.

“One thing I would say about the Maura Healey numbers is that she has been elected for eight years statewide already, so I am a bit surprised that she wasn’t able to capture 50% of the Democratic voters,” said Paul Craney, spokesman for the Massachusetts Fiscal Alliance who sponsored the poll.