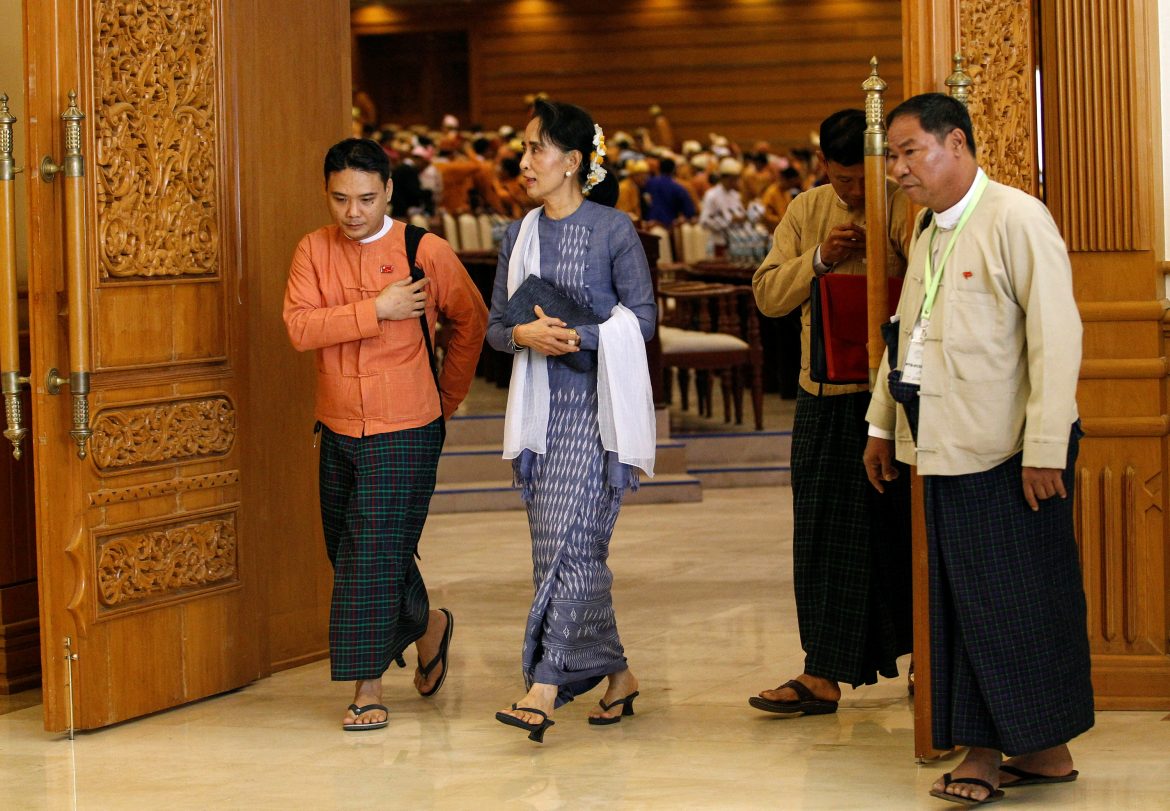 The wife of pro-democracy figure Kyaw Min Yu, sentenced to be executed on the orders of Myanmar’s ruling generals, says that if her husband dies he will take with him the beliefs he has carried throughout a life spent fighting dictatorship.

Kyaw Min Yu, better known as Jimmy, and former lawmaker and hip-hop artist Phyo Zeya Thaw are set to be the first people since 1988 to be executed judicially in Myanmar.

They were sentenced to death in January for treason and terrorism in a closed-doors trial, accused of helping militias to fight the army that seized power last year and unleashed a bloody crackdown on its opponents.

The military has not said when they would be hanged, but speculation is rife in Myanmar that the executions are imminent.

The planned executions have been strongly condemned abroad and two U.N. experts have called them a “vile attempt at instilling fear” among the people.

Kyaw Min Yu’s wife, Nilar Thein, said her husband, a political prisoner for 18 years under Myanmar’s last military dictatorship, was being made an example of for refusing to cooperate with his captors.

“He would never trade his political beliefs with anything. He will continue to stand by his beliefs,” Nilar Thein, who is in hiding, told Reuters by phone.

“Ko Jimmy will continue to live in our hearts.”

It is not clear how they pleaded in their trial, nor the extent of their alleged involvement in the resistance movement, which is fighting what it calls a “people’s defensive war” against the junta.

Asked if Kyaw Min Yu was involved, his wife said she would not acknowledge the military’s portrayal of him, but said the whole country was involved in a revolt, against the generals’ “terrorist acts”.

Several foreign governments, including the United States and France, and rights groups have fiercely criticized the planned executions.

“The world must not lose sight of the fact that these death sentences are being meted out in the context of the military murdering civilians nearly every day in its widespread and systematic attack on the people of Myanmar,” said Tom Andrews, U.N. Special Rapporteur on the situation of human rights in Myanmar, and Morris Tidball-Binz, U.N. Special Rapporteur on extra-judicial summary or arbitrary executions.

The New York-based Human Rights Watch said it has documented 114 people sentenced to death in Myanmar since the February 2021 coup, in what it called secretive tribunals with “lightning convictions” aimed to chill dissent.

Cambodian Prime Minister Hun Sen, chair of the Association of Southeast Asian Nations (ASEAN), appealed in a letter this month to junta leader Min Aung Hlaing not to carry out the executions, relaying deep concern among Myanmar’s neighbors.

The junta has signaled it will not back down and has called Western criticism “reckless and interfering”. [nL4N2XU0NG

On Thursday, its spokesperson said the sentence was appropriate.

“Required actions are needed to be done in the required moments,” Zaw Min Tun told a news conference.

Phyo Zeya Thaw’s wife said the two men were targeted because of their status among a youth movement that held months of anti-coup demonstrations last year. She said the decision to resume executions would be a test of international support for the opposition, and appealed for foreign intervention.

“The junta is trying to kill the revolution,” Thazin Nyunt Aung told Reuters by phone from an undisclosed location.

“We have been fighting this revolution with the mindset that we have nothing but ourselves. Now, we have started to question whether we have the world with us or not,” she said.