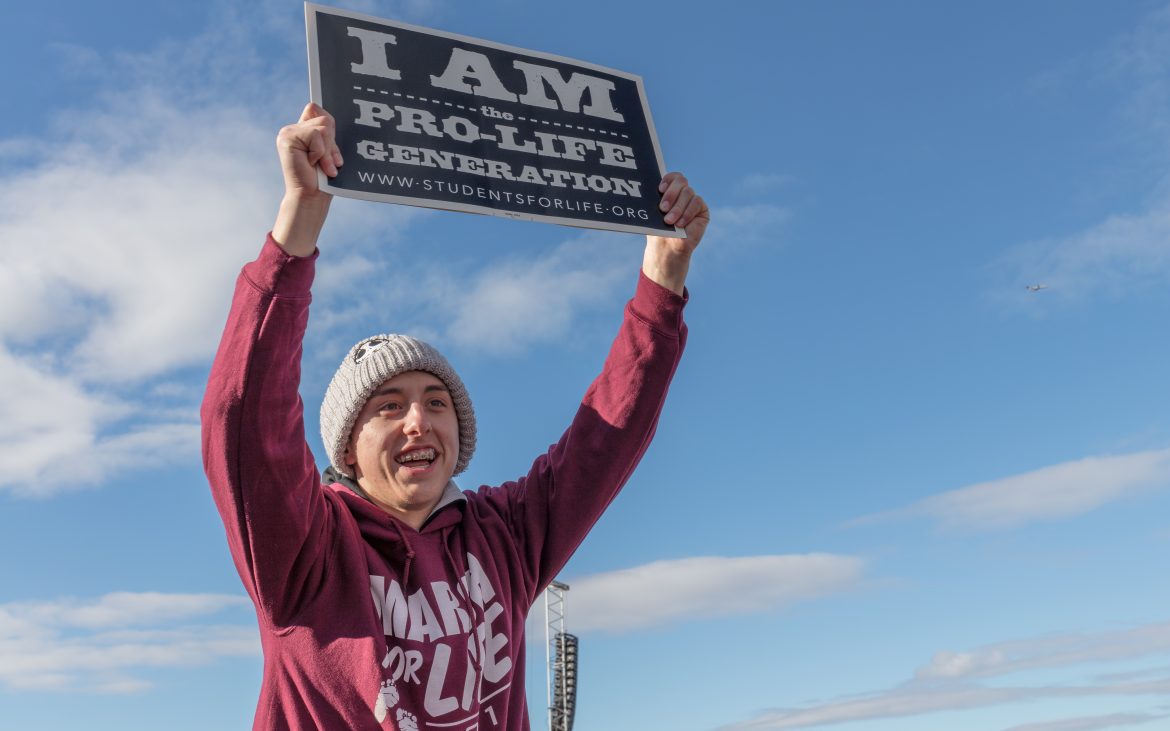 Pro-life supporters in Kentucky are celebrating a legal victory in the name of free speech and creation.

A Louisville-Jefferson County ordinance — which would have stopped them from peacefully demonstrating outside an abortion clinic entrance — will no longer be enforced now that a federal appeals court has temporally blocked its implementation.

The Sixth Circuit U.S. Court of Appeals in Cincinnati ruled that the ordinance infringes on the First Amendment rights of protesters because of the buffer zones it creates around health centers, specifically the EMW Women’s Surgical Center.

The lawsuit was filed by the Kentucky Right to Life Association and “Sisters For Life” along with some individual protesters who challenged those buffer zones. They said it infringes on their rights to “initiate close, personal conversations” with clinic entrants.

“One of today’s plaintiffs says she persuaded ‘three to six’ women per month to forego abortion before passage of the buffer-zone law, but ‘none’ afterwards,” Circuit Chief Judge Jeffrey Sutton wrote in his opinion. “Another, who says he helped to prevent between fifty and sixty abortions per year prior to the ordinance, says the ordinance has ‘practically eliminated’ effective sidewalk counseling.”

Judge Sutton, one of the three judges who unanimously ruled to grant a temporary injunction against the ordinance, wrote the panel opinion which explains why they ruled the way they did.

“Sisters for Life, several individuals, and another pro-life organization wish to offer leaflets and compassionate, if sometimes unwelcome, speech to women entering abortion clinics in Louisville, Kentucky,” Judge Sutton wrote. “But Louisville-Jefferson County limited their speaking and pamphleteering in buffer zones near the entrance of each clinic. Because these limits likely violate the First Amendment, we preliminarily enjoin them.”

“Keep in mind, moreover, that the goal of the plaintiffs is not to harass or protest, whether loudly or violently. The point of their speech is to offer a compassionate ear. To this day, it remains unclear why the County has sought to suppress their speech along with those types of protests that are far more likely to hinder access to a clinic and are sometimes designed to do just that.

“Yesterday, the Sixth Circuit unanimously overturned a district court’s order that allowed Louisville Metro’s buffer zone ordinance to remain in place. This ordinance prevented pro-life advocates from speaking to pregnant women outside an abortion clinic. This decision is a victory for the free speech rights of Kentuckians. We filed an amicus brief in support of the First Amendment rights of Sisters for Life and other sidewalk counselors. We are grateful to the Sixth Circuit for recognizing the compassionate work of sidewalk counselors and for halting Louisville Metro’s buffer zone.”

In March of this year, FISM News reported on a rare 8-to-1 verdict by the Supreme Court, which ruled that Cameron could defend an abortion case in his state. “At every turn, we’ve maintained that Kentucky’s law banning live-dismemberment abortions is worth defending and should receive a full defense from the challenge brought by the ACLU and an abortion clinic,” Cameron said. “Today, the U.S. Supreme Court agreed. This is a ruling that many in the Commonwealth have hoped for, and we will proudly continue to carry the mantle for this important pro-life law by going back to the Sixth Circuit and litigating the case.”

Abortion has been banned in most circumstances in the state of Kentucky following the U.S. Supreme Court’s decision to overturn Roe v. Wade in June.