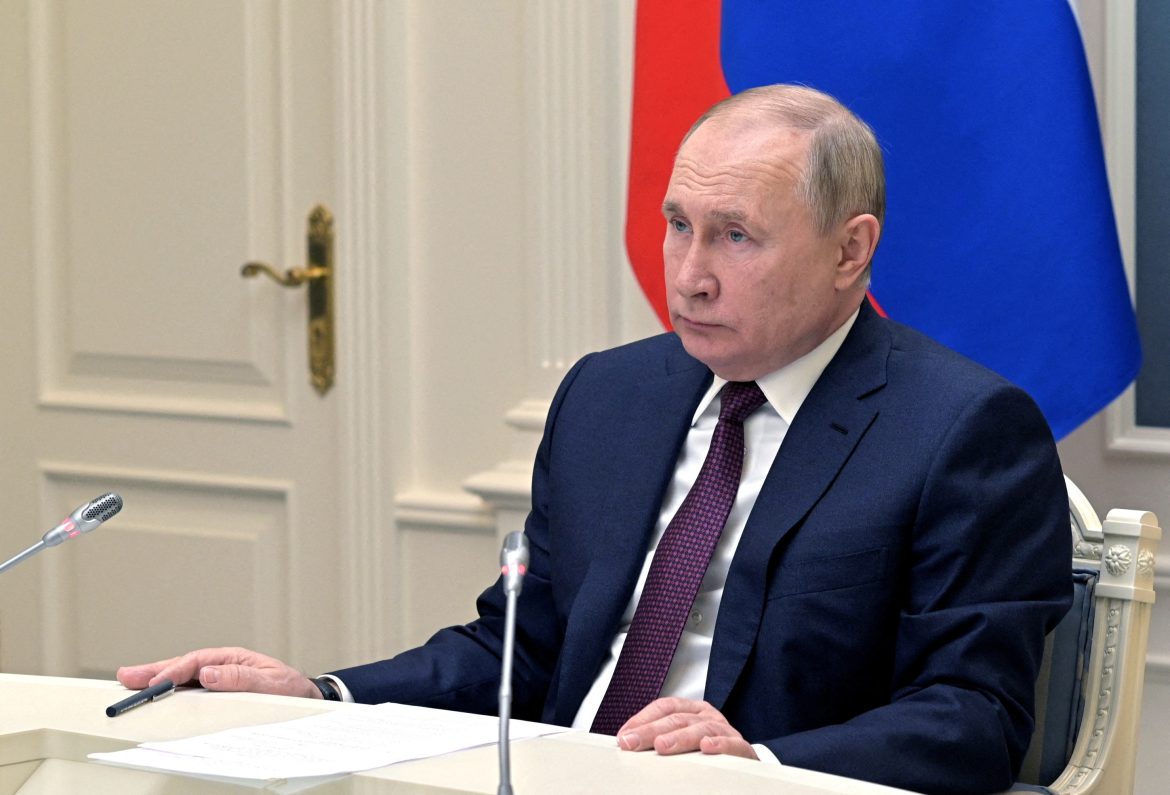 Russian President Vladimir Putin on Wednesday formalized the annexation of four Ukrainian regions on Wednesday, though none are fully controlled by the Kremlin, thanks to major battlefield victories by Ukrainian forces in the regions.

The Russian leader’s signature was the last step of the legislative process to absorb the territories after the plan was ratified by both chambers of Russia’s parliament, Reuters reported. The attempted annexation has been denounced by Kyiv and its Western allies as an illegal land grab.

Ukraine has vowed to recapture any territory occupied by Kremlin forces.

Ukrainian President Volodymyr Zelenskyy said on Tuesday night that his forces had already liberated dozens of towns in portions of the south and east that are part of the annexation.

“This week alone, since the Russian pseudo-referendum, dozens of population centers have been liberated. These are in Kherson, Kharkiv, Luhansk, and Donetsk regions altogether,” Zelenskyy said.

Russian troops in the Donetsk and Kherson regions who were forced to retreat in recent days have moved to dig into new positions in an effort to prevent the Ukrainian advance.

A video released on Tuesday by Ukraine’s defense ministry showed a Ukrainian flag being raised over another recaptured community, Davydiv Brid, in Kherson.

Russian defense ministry maps also appeared to show withdrawals of Russian forces from areas in Ukraine’s east and south where they have been pummeled by Kyiv’s counteroffensive.

The southern Operational Command of the Ukrainian Armed Forces (UAF) said on Wednesday that Russian forces desperate to slow the Ukrainian advance were attempting to destroy bridges and crossings. The UAF also said that withdrawing Russian troops in Kherson were planting mines on homes and “infrastructure facilities.”

President Biden and Vice President Harris told President Zelenskyy on Tuesday that the U.S. will never recognize Russia’s recent attempted annexations. During a phone call with the Ukrainian leader, Biden “affirmed the continued readiness of the United States to impose severe costs on any individual, entity, or country that provides support to Russia’s purported annexation,” the White House said in a statement. Biden also announced a new $625 million security assistance package for Ukraine.

Russia’s Foreign Ministry announced on Wednesday that the beleaguered Zaporizhzhia nuclear plant will now operate under the supervision of Russian agencies. The announcement follows news of the release of the Ukrainian plant chief on Monday following a harrowing ordeal last week in which he was blindfolded and detained by Russian forces.

The head of the U.N.’s nuclear watchdog group plans to visit Moscow in the coming days to discuss the tense situation at the endangered plant that has for weeks teetered on the brink of a massive radiation leak amid intense, ongoing fighting.

EU expected to announce 8th round of sanctions on Russia

Meanwhile, following a weeklong debate, the EU is expected to announce an agreement on a proposed eighth round of sanctions against Russia today.

“I trust that before the end of this plenary sitting, we will have reached an agreement within the Council and the adoption of the joint proposal put forward by the Commission,” EU foreign policy chief Josep Borrell told the European Parliament on Wednesday.

The Group of Seven major industrialized countries has already agreed to put an oil price cap in place via insurers.

President Zelenskyy has pressed the EU to impose more consequential sanctions on Russia, saying that previous sanctions did not go far enough. In addition to the gas cap, the new round of sanctions is expected to include tighter trade restrictions and additional blacklistings of individuals, including those involved in the forced referendum votes in occupied Ukrainian territories and anyone who has helped Moscow circumvent prior sanctions.