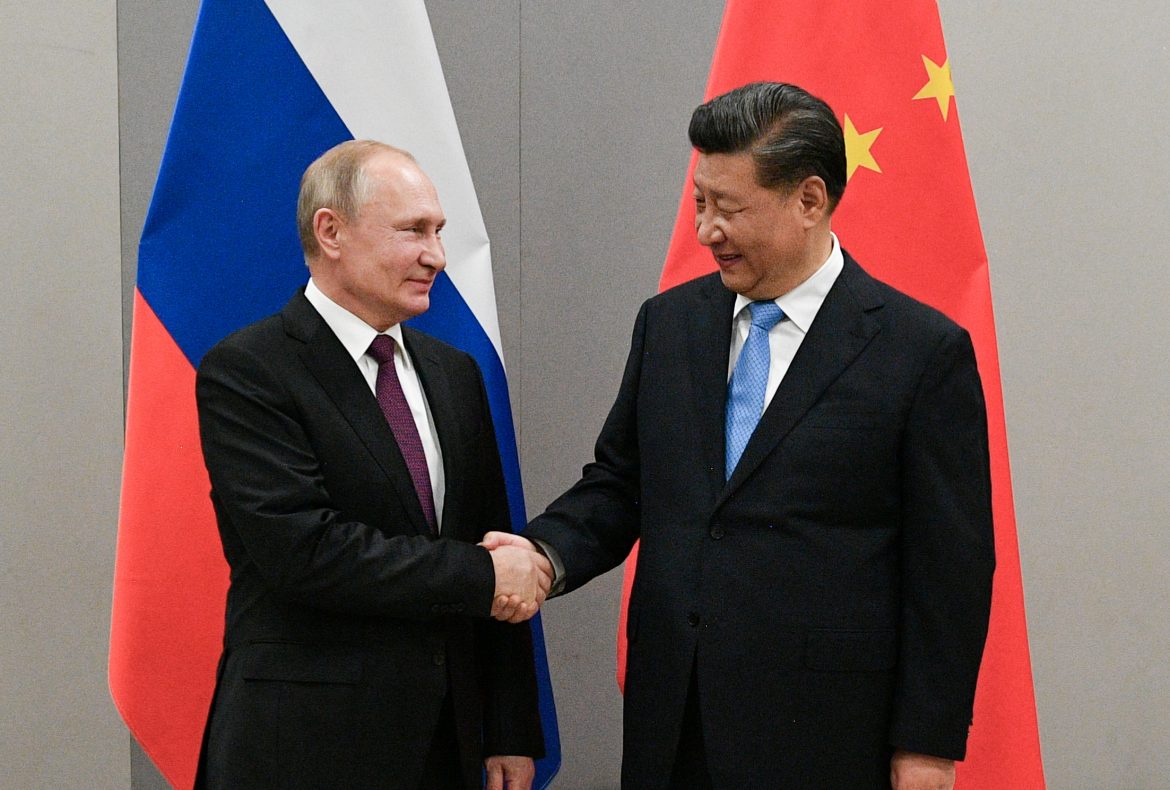 Russian President Vladimir Putin is heading to Beijing to meet with Chinese President Xi Jinping ahead of opening ceremonies for the Winter Olympics where the two are expected to coordinate their policies toward the West. The demonstration of partnership between the two superpowers coincides with a U.S. stalemate in diplomatic negotiations with Moscow, and a disintegrating relationship with China.

A planned luncheon Friday will be the first time the two former Communist rivals have met in person since 2019. Several current and former White House officials have expressed concern over the growing alliance between Moscow and Beijing, with Xi closely watching events currently unfolding in Eastern Europe as he contemplates his next move regarding Taiwan.

U.S. officials have issued several warnings in recent weeks that China may be using the Winter Games to launch cyberattacks, urging athletes and spectators to use burner phones and avoid sending emails while in Beijing. FISM also reported that FBI Director Christopher Wray this week named the Chinese Communist Party, which covets America’s position as the world’s greatest superpower, as the greatest threat to the U.S. – particularly in terms of the economic ties between the two countries.

Chinese news agency Xinhua published comments Putin made ahead of his trip to Beijing in which he praised Xi for hosting the Winter Games and referenced “attempts by some countries to politicize sports to the benefit of their ambitions.” Western officials, including the U.S., have declared a diplomatic boycott of the Olympics to protest China’s human rights abuses, including the imprisonment and forced labor of more than 1 million Uyghur Muslims. Meanwhile, leaders of ex-Soviet Central Asian nations closely tied to Russia and China will be in attendance.

In his remarks, Putin stressed the “important stabilizing role” Moscow and Beijing play in global affairs:

We highly appreciate that Russia-China comprehensive strategic partnership of coordination, entering a new era, has reached an unprecedented level and become a model of efficiency, responsibility, and aspiration for the future.

He added that he and President Xi will “thoroughly discuss key issues on the bilateral, regional, and global agendas” at their meeting.

“Certainly, an important part of the visit will be a discussion of relevant international topics,” Putin continued. “Foreign policy coordination between Russia and China is based on close and coinciding approaches to solving global and regional issues.” He went on to affirm the “centuries-old traditions of friendship” between the two countries that has resulted in various partnerships involving information and communication technologies, medicine, and the formation of a new energy partnership.

Analysts have suggested that the two countries partnership has grown out of a shared disdain for the U.S.

Putin’s meeting with Xi alongside his attendance at the opening ceremony “announces the further promotion of the China-Russia relationship,” said Li Xin, director of the Institute of European and Asian Studies at Shanghai’s University of Political Science and Law, as reported by ABC.

“China and Russia have increasingly found common cause over what they believe is a U.S. disregard for their territorial and security concerns,” Li said.

“The U.S. and the Western countries, on the one hand, are exerting pressure against Russia over the issue of Ukraine, and on the other hand, are exerting pressure against China over the issue of Taiwan,” Li said, referring to the self-governing island democracy and U.S. ally that China claims as its own territory. “Such acts of extreme pressure by the West will only force China and Russia to further strengthen cooperation.”

Russian foreign affairs advisor Yuri Ushakov said Putin’s visit signals a new era in the relationship between Russia and China, which he described as a “key factor contributing to a sustainable global development and helping counter destructive activities by certain countries.” Ushakov also stressed that China supports Russia in its standoff with Ukraine.

“Beijing supports Russia’s demands for security guarantees and shares a view that security of one state can’t be ensured by breaching other countries’ security,” Ushakov said in a conference call with reporters.

Putin reacted to Washington’s written responses to Moscow’s security demands Tuesday, saying that the U.S. has largely ignored Russia’s concerns. Meanwhile, the Kremlin continues to build up troops and weaponry at Ukraine’s border and began joint military exercises with Belarus this week. Earlier this week, 3,000 American troops were deployed to Allied countries bordering Ukraine, with 8,500 troops remaining on alert for possible deployment.