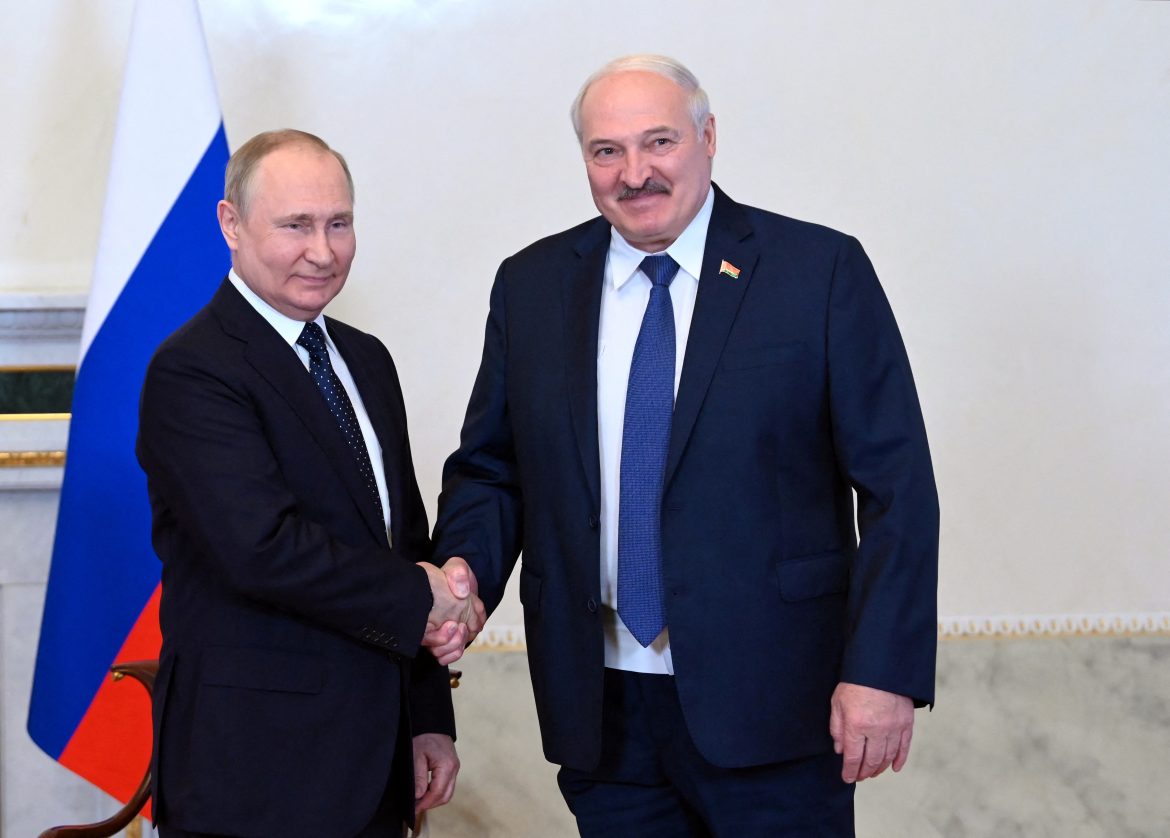 At a meeting with Putin in St Petersburg, Belarus President Alexander Lukashenko expressed concern about the “aggressive”, “confrontational” and “repulsive” policies of its neighbors Lithuania and Poland.

He asked Putin to help Belarus mount a “symmetrical response” to what he said were nuclear-armed flights by the U.S.-led NATO alliance near Belarus’ borders.

Putin said he saw no need at present for a symmetrical response, but that Belarus’ Russian-built Su-25 jets could, if necessary, be upgraded in Russian factories.

“We will transfer Iskander-M tactical missile systems to Belarus, which can use both ballistic and cruise missiles, both in conventional and nuclear versions,” a foreign ministry summary of the meeting quoted him as saying.

The Iskander-M, a mobile guided missile system codenamed “SS-26 Stone” by NATO, replaced the Soviet “Scud”. Its two guided missiles have a range of up to 500 km (300 miles) and can carry conventional or nuclear warheads.

Parts of the meeting between the two men were televised.

“Minsk must be ready for anything, even the use of serious weaponry to defend our fatherland from Brest to Vladivostok,” Lukashenko said, putting Belarus and its close ally Russia under one umbrella.

In particular, he asked for help to make Belarus’ military aircraft nuclear-capable.

Tensions between Russia and the West have soared since Moscow sent troops into Ukraine four months ago, alleging among other things that NATO planned to admit Ukraine and use it as a platform to threaten Russia.

Russia’s move has not only triggered a barrage of Western sanctions but also prompted Sweden and Russia’s northern neighbor Finland to apply to join the Western alliance.

In the past week, Lithuania in particular has infuriated Russia by blocking the transit of goods subject to European sanctions traveling across its territory from Russia, through Belarus, to Russia’s Baltic enclave of Kaliningrad.

Russia has termed it a “blockade”, but Lithuania says it affects only 1% of the normal goods transit on the route, and that passenger traffic is unaffected.