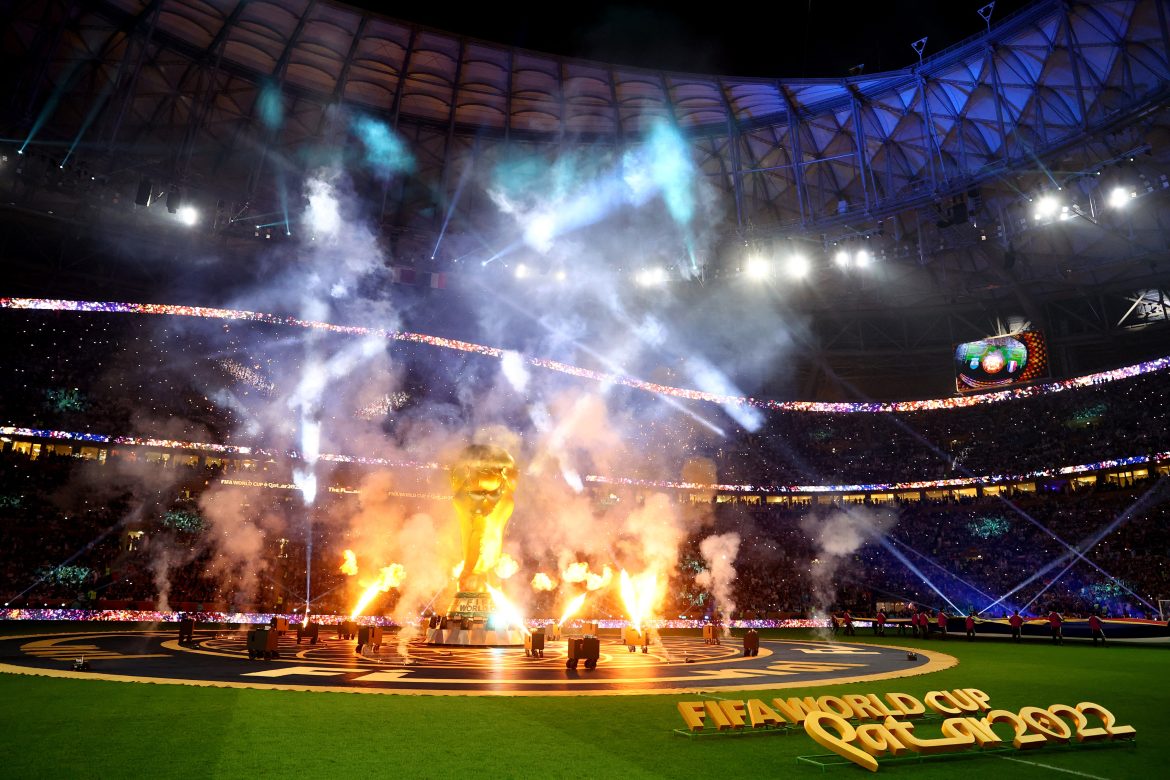 Tens of thousands of soccer fans wearing French and Argentinian colours gathered at Doha’s Lusail stadium on Sunday where the 2022 World Cup ends with a dream-like scenario for Qatar: a showdown between Kylian Mbappe and Lionel Messi, both stars of Doha-owned Paris St Germain.

The throngs overcrowded Doha’s metro with Qatar Rail delaying access to the stations as a modest closing ceremony kicked off inside the stadium where dancers celebrated “A Night to Remember”. The stadium appeared almost full as the game started, with Argentinian fans vastly outnumbering the French.

After 63 matches, the World Cup in Qatar comes to a close with reigning champions France taking on Argentina in a showpiece final with both teams looking to add a third star to their crest. France’s Mbappe and Argentina’s Messi, both playing for the Qatari-owned club, are also a reminder of Qatar’s influence on global soccer beyond the FIFA World Cup organisation.

“Our parents talked to us about Maradona, and we will talk to our sons about Messi… We hope that we will win the cup, and we can celebrate with him and all the people in Argentina,” said Nicolas Gomez, a fan from Argentina.

French fan Dylan Cognard from Normandy dismissed the heavy presence of Argentina’s supporters: “(They have) a lot of chants, but if we score, there will be zero sound … They will stop singing ‘muchacho’.”

Thousands also gathered outside the stadium to watch the game on giant screens: “We have no tickets. We are here for the national day and because the players might come out after the finish. We wanted to just see them,” said Shafeek Mydheea, a tourist from Dubai standing in front of two rows of riot police outside Lusail metro station.

Qatar’s hosting of the 2022 World Cup, which has been marred by controversy, was part of a carefully built strategy by the tiny but rich state to bolster its global influence.

The tournament has put its human rights record in the spotlight – including conditions for foreign workers who built those stadiums and conservative laws which ban homosexuality, restrict political expression and curb alcohol sales.

In May, a coalition of rights groups including Human Rights Watch and Amnesty International called on FIFA and Qatar to establish a compensation fund at least equivalent to the $440 million World Cup prize money for workers who have suffered abuses or died in Qatar. Neither FIFA nor Qatar agreed to establish the fund.

Others, like the UK-based labour rights charity Equidem called for the establishment of an independent migrant worker centre in Qatar to allow freedom of association and to overhaul the relationship between workers and employers in the Gulf Arab state. Qatar has not yet established such a centre.

Qatari authorities say the decade-long criticism of their country has been unfair and misinformed, pointing to labour law reforms enacted since 2018 and accusing some critics of racism and double standards.

“We’ve endeavoured for this tournament to be an accelerant to improve the conditions on labour reforms because the situation previously was not acceptable despite the best intentions,” said Hassan Al Thawadi, Secretary General of the Supreme Committee for Delivery and Legacy, Qatar’s World Cup organiser, in an interview broadcast on Sky News.

“There is the Workers Support and Insurance Fund that will be looking into any matters relating to unfortunate deaths. And that will continue beyond the World Cup,” Thawadi said.