Rahm, seeking repeat, in striking distance at US Open 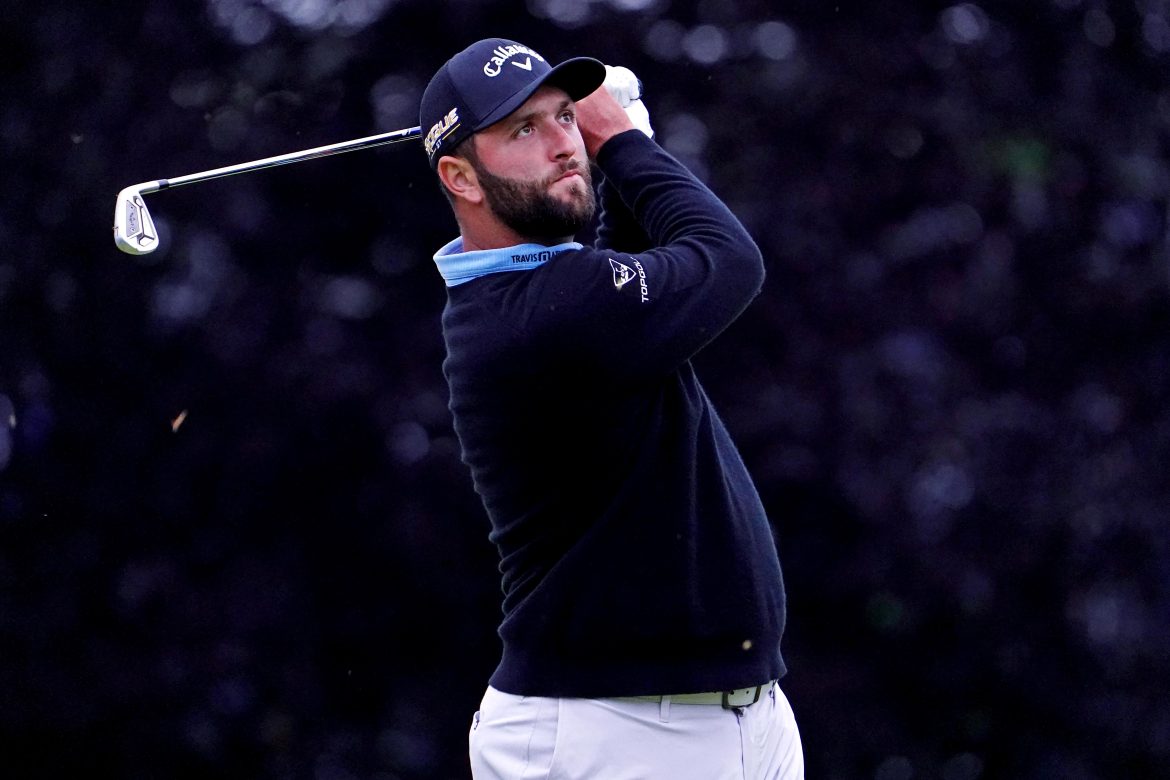 Defending champion Jon Rahm squandered a chance to take the lead into the final round of the U.S. Open after a closing double-bogey left him one shot back of co-leaders Matt Fitzpatrick and Will Zalatoris on Saturday.

Rahm arrived at the par-four 18th one shot clear but needed two shots to get out of a fairway bunker after the first attempt hit the face of the trap en route to a one-over-par 71 that left him at three under on the week at The Country Club.

Rahm, looking to become only the eighth player to win back-to-back U.S. Open titles, appeared in total control late in the round with three birdies over a four-hole stretch starting at the par-five 14th to seize control.

But the Spaniard handed over the lead on the closing hole as he did not properly judge his lie in the sand as it started to get dark and tried to be more aggressive than he needed to be.

“Maybe I was trying to get too cute, making sure — looking for another birdie, where I could have just hit a nine-iron and hope it gets over the bunker and see what happens,” said Rahm.

“It is what it is. I think I got a little bit too cute with the shot.

Fitzpatrick, one of few players in the field with any prior success at Brookline having won the 2013 U.S. Amateur at the venue, made three late birdies over a sizzling four-hole stretch before closing his two-under-par 68 round with a bogey.

Zalatoris, who finished runner-up at last month’s PGA Championship, carded just one bogey on what was a challenging scoring day when only seven of the 64 players who made the cut at the year’s third major managed to break par.

“I didn’t have a plan of firing at pins or being aggressive. I knew it was going to play hard and just needed to stay patient,” said Zalatoris.

“I knew if I make an early bogey or two, don’t change the game plan, don’t try to get extra aggressive because that’s how you make a mess of it.”

Masters champion and world number one Scottie Scheffler (71), was among a pack of three sitting two shots off the pace while pre-tournament favorite Rory McIlroy (73) was in a group sitting a further shot adrift.

Scheffler started to pull away from the pack when he holed out from 101 yards for eagle at the par-five eighth for a two-shot lead but struggled early on the back nine to drop back down the leaderboard.

At the par-three 11th, Scheffler’s ball bounced hard and high into the second cut of rough, leading to a double-bogey which he followed with three consecutive bogeys.

But Scheffler made a late birdie that will put him right in the mix on Sunday when he tries to become the first player to win multiple majors in a year since Brooks Koepka accomplished the feat in 2018.

“The golf course is just hard. The conditions are hard. The scores are high,” said Scheffler. “All I was going to do is just try and hang in there. That was my only goal. Just kind of hang and keep myself in position.”

World number three McIlroy looked set to drop out of contention after three early bogeys but was solid on the greens on the back nine for his efforts is one of three majors champions within three shots of the lead.

“It was one of the toughest days on a golf course I’ve had in a long time. I just needed to grind it out, and I did on the back nine,” said McIlroy.

“You know, to play that back nine at even par today was a really good effort, I thought. Just kept myself in the tournament. That’s all I was trying to do. Just keep hanging around.”