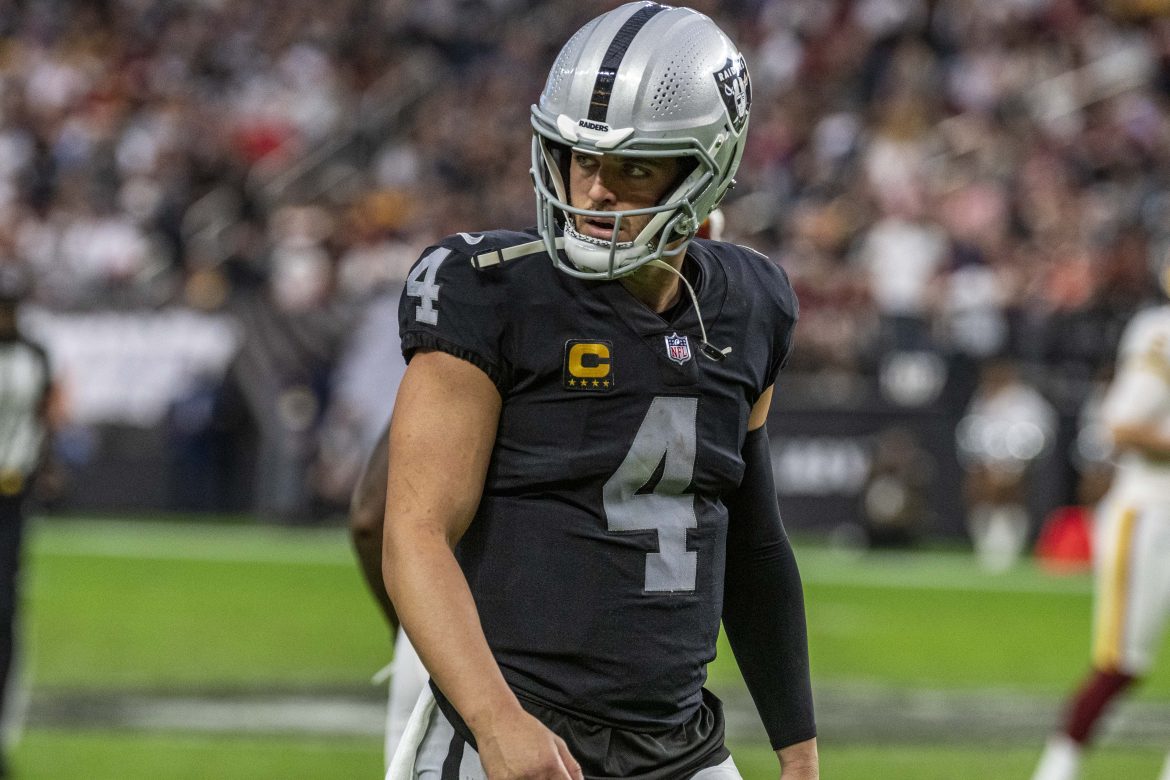 Derek Carr was benched by the Las Vegas Raiders on Wednesday, signaling the likely end of his tenure with the team.

The three-time Pro Bowl quarterback led the Raiders to two playoff appearances in nine seasons but struggled this season under first-year head coach Josh McDaniels. The Raiders are 6-9 after going to the postseason in 2021.

The decision to bench Carr helps the Raiders avoid the possibility that he could suffer a  serious injury in the final two games that would affect his contract status. The Raiders have to decide by Feb. 15 whether to release or trade Carr or he would receive $33 million for 2023. A serious injury would guarantee him that money plus another $7.5 million for 2024.

Carr has a no-trade clause but would likely waive it. He left the team after the decision and Jarrett Stidham will replace him as the starter. Undrafted rookie Chase Garbers will be the backup.

“None of us are happy with where we’re at, but we think it’s an opportunity to evaluate a younger player who hasn’t had much time to play,” McDaniels said about the decision. “Talking to Derek, who was great, he understands the scenario that we’re in and the situation, and very supportive of the two young guys. Those three guys obviously have worked together hand in hand all year.”

The 31-year-old Carr has thrown for 3,522 yards, 24 touchdowns, and is tied for the league-high with 14 interceptions. His passer rating of 86.3 is his lowest since his rookie year.

“We’re all accountable to where we’re at, and I think this is more about an opportunity to see a guy that we haven’t seen play in a situation like this against a couple good teams, really good teams,” McDaniels said when asked how Carr’s contract played into the decision. “Derek has played a lot of football. There’s a lot of evaluating that’s going to take place here once the season is over in terms of how we make the most progress, what makes the most sense for everybody, and how we move forward.”

Raiders wide receiver Davante Adams, who was acquired from Green Bay in a trade before the season, was disappointed with the news. Adams also played with Carr at Fresno State.

“I don’t think anybody was excited about it in here,” Adams said of Carr’s benching. “I wouldn’t be here right now if he wasn’t here. I think everybody knows how I feel about him. … Obviously, I support my guy.”

Carr didn’t speak to reporters after McDaniels’ announcement. An outspoken Christian, Carr is undoubtedly leaning on his faith.

“I have a very strong faith in God. He is the reason I play football. He has given me this special talent and I want to use it to glorify Him,” Carr says on his website.

I am grateful for the opportunity to further His kingdom by sharing my faith on and off the football field. Speaking at churches, preaching to a large crowd is something I am very passionate about. Every year, I attend services and speak the message of Love, Hope and Peace.

“Football is God’s gift to me and I am thankful He chose me to be the steward of this gift. Being a quarterback is what I do but it does not define who I am. I am first and foremost a follower of Jesus Christ. Each time I step out on the field, I play my heart out for the Lord. My Faith keeps me centered, and I look forward to what God has in store for me on my journey through life.”

Carr and his wife, Heather Neel, have three sons. His oldest son was born with a medical condition that tied up his intestines and required three surgeries to correct.

“I’m playing football because that’s what he called me to, if he calls me for something else, I’m doing that,” Carr said in 2021.