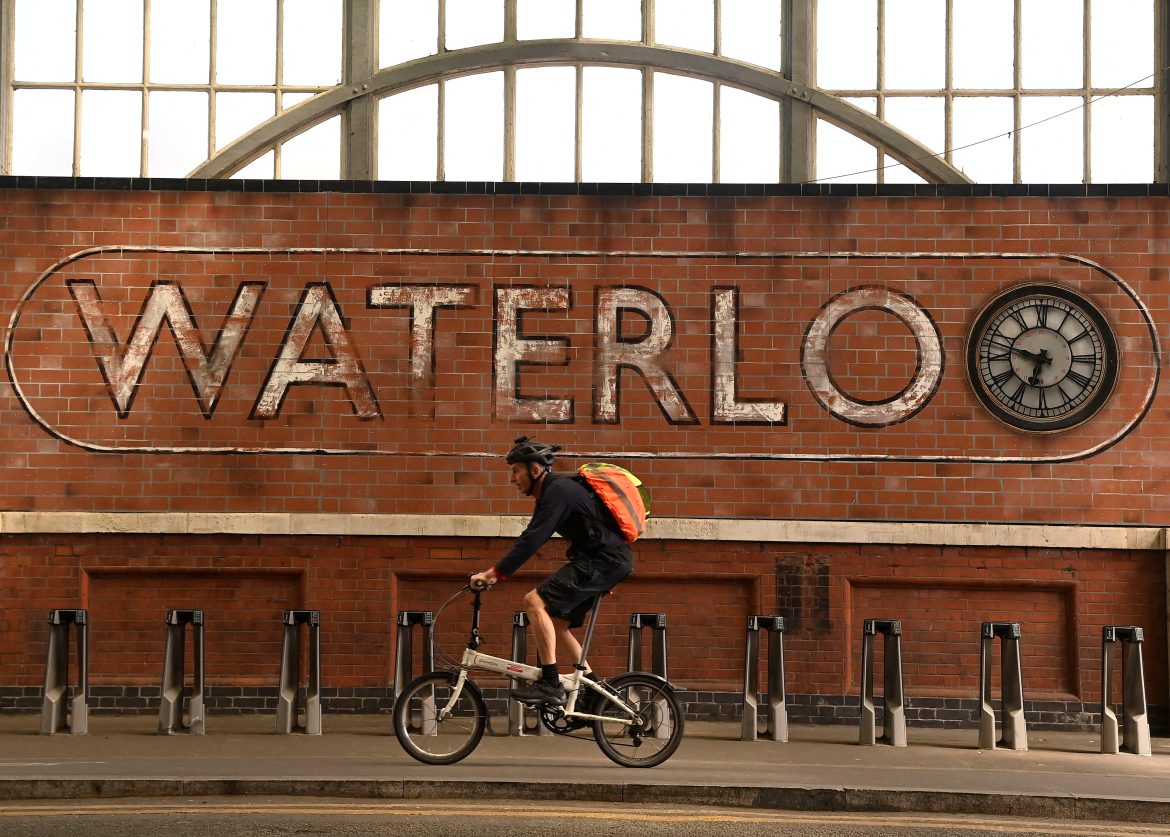 Britain’s biggest rail strike in 30 years will begin on Tuesday when tens of thousands of staff walk out in a pay dispute that unions warn could lead to coordinated action across other industries.

British households are already experiencing the biggest economic squeeze in decades, with surging food and fuel prices taking inflation towards 10%, while average underlying wages are no higher than they were in 2006 when adjusted for inflation.

More than 50,000 rail workers will strike on Tuesday, Thursday and Saturday over pay freezes and job cuts – what unions bill the start of a possible “summer of discontent” with teachers, medics and even barristers moving towards industrial action.

“Faced with such an aggressive agenda – cuts in jobs, conditions, pay and pensions – the RMT has no choice but to defend our members industrially and to stop this race to the bottom,” Mick Lynch, Secretary-General of the Rail, Maritime and Transport Workers (RMT) said.

He said last minute talks had failed, meaning this week’s strikes would go ahead and that more were planned.

“Our campaign will run for as long as it needs to run,” he told reporters.

Prime Minister Boris Johnson said the unions were harming the people the claimed to be helping.

“By going ahead with these rail strikes, they are driving away commuters who ultimately support the jobs of rail workers, whilst also impacting businesses and communities across the country,” Johnson said in a statement.

Britain’s economy initially rebounded strongly from the COVID-19 pandemic but a combination of labor shortages, supply chain disruption, inflation and post-Brexit trade problems has prompted warnings of a recession.

The government says it is giving extra support to millions of the poorest households but that above-inflation pay rises would damage the fundamentals of the economy.

“Sustained higher levels of inflation would have a far bigger impact on people’s pay packets in the long run, destroying savings and extending the difficulties we’re facing for longer,” Johnson said.

The outbreak of industrial action has drawn comparison with the 1970s, when Britain faced widespread labor strikes including the 1978-79 “winter of discontent”.

The strikes come as travelers at British airports experience chaotic delays and last-minute cancellations due to staff shortages while many Britons have to wait months for new passports to arrive due to processing delays.

The rail strike means only around half Britain’s rail network will be open on strike days with a very limited service running on those lines and continued disruption on the days in between the strike days.

It will cause major disruption for millions of people across the country including commuters, tourists, children attending exams and revelers traveling to the Glastonbury festival.

Industry body UK Hospitality said the strikes would be devastating for businesses trying to recover from the pandemic, predicting an economic hit of more than 1 billion pounds to the tourism, leisure and hospitality industries.