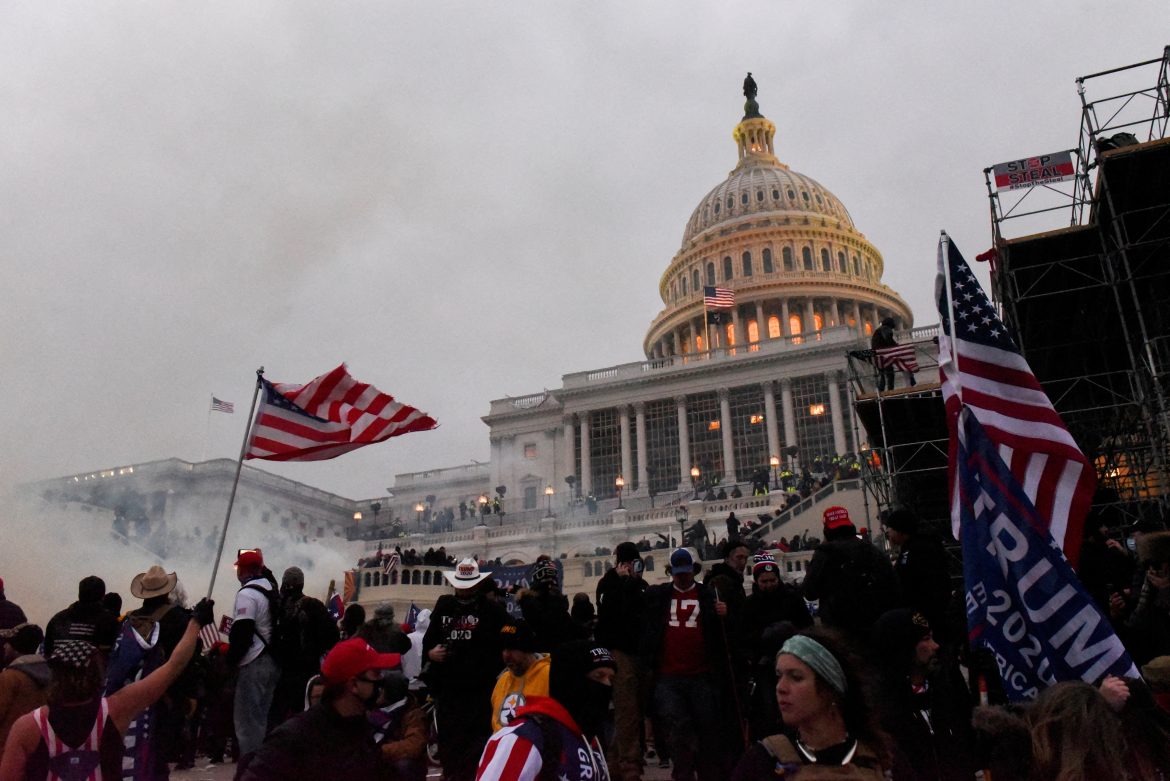 Ray Epps, a self-proclaimed Trump supporter shrouded in mystery and theories regarding his actions during and surrounding the events of the Jan. 6 riot in the U.S. Capitol, has denied any law enforcement contact leading up to the historic day and other “crazy” ideas about what he was doing.

The House Jan. 6 Committee recently released a full transcript of their voluntary interview with Epps in which he claimed to be a former Oath-keeper member and contends he did not know that the Capitol building would be closed on Jan. 6 as lawmakers met to certify the 2020 election results. He also said that the trip was meant to be a bonding moment between father-son complete with sight-seeing.

The controversy swirling around Epps is rooted in how he appeared to direct the crowd to first go to the Capitol. However, Epps said he did not plan to go to the Trump rally on that evening and only went after his son told him about it, despite a video circulating on the internet of him telling people the night before to go into the Capitol on Jan. 6.

“I didn’t,” Epps responded, asserting he was trying to calm people down at a Jan. 5 parade before violence broke out. “I was trying to — to get some common ground. This guy was trying to turn people against me.”

It was in this same video and context that Epps urged people to go to the Capitol Building on the following day. However, Epps said he believed at the time that the building would be open to visitors because it was a “weekday.”

He said he imagined a peaceful group at the Capitol on Jan. 6 and that he only engaged with the crowd the night before because he felt like some people at the rally were trying to “suck people into what they were doing, fighting the police and different things.” He thought he could prevent that by speaking up.

Epps also told the committee that he was a former member of the Oath Keepers, but parted ways with them in 2002 over concerns about how “radical” they were being.

The evening of Jan 5, 2021, was also the first time Epps was accused of being a Fed, he said. After watching the raw footage from the evening, he said that neither he nor his son heard the accusation that night.

“I had a hard time believing it at first,” Epps said.

However, in part of the transcript, interviewers revealed that a text message Epps sent to his nephew at 2:12 p.m. on Jan. 6 read, “I was in the front with a few others. I also orchestrated it.”

This is an actual text from Ray Epps to his nephew on January 6th:

“I was in the front with a few others. I also orchestrated it.” pic.twitter.com/2LmlZLZiGS

In other places in the transcript, Epps denied having any connection to law enforcement leading up to the events or orchestrating the breach. Instead, he said he served as a Marine Corps infantryman and then became a roofer after leaving the military.

Epps’s inclusion and then dismissal from the FBI’s most wanted list for the capitol riot has fueled rumors of a federal connection. However, it’s been reported that Epps called the FBI tip line on himself on Jan. 8, 2021, when he spotted his name on the most wanted list for events at the capitol on that day. His lawyer, John Blischack, believes this was part of why his name mysteriously disappeared from the list.

Congressman Adam Kinzinger, one of two Republicans placed on the House Committee and an outspoken critic of former-president Donald Trump, confirmed earlier this year that Epps’s cooperation led to him being quickly removed.

Another video from Jan. 6 showed Epps outside the Capitol whispering into one man’s ear. When asked, Epps said he was trying to calm the man, Ryan Samsel, down. Samsel has corroborated this account.

Epps ultimately claims he left the Capitol on Jan. 6 without entering the building.

“I just looked around, and I was sick. There was a lot of tear gas, a lot of bad stuff going on,” he testified.

He also said it was wrong how violence was used to enter the building on that day.