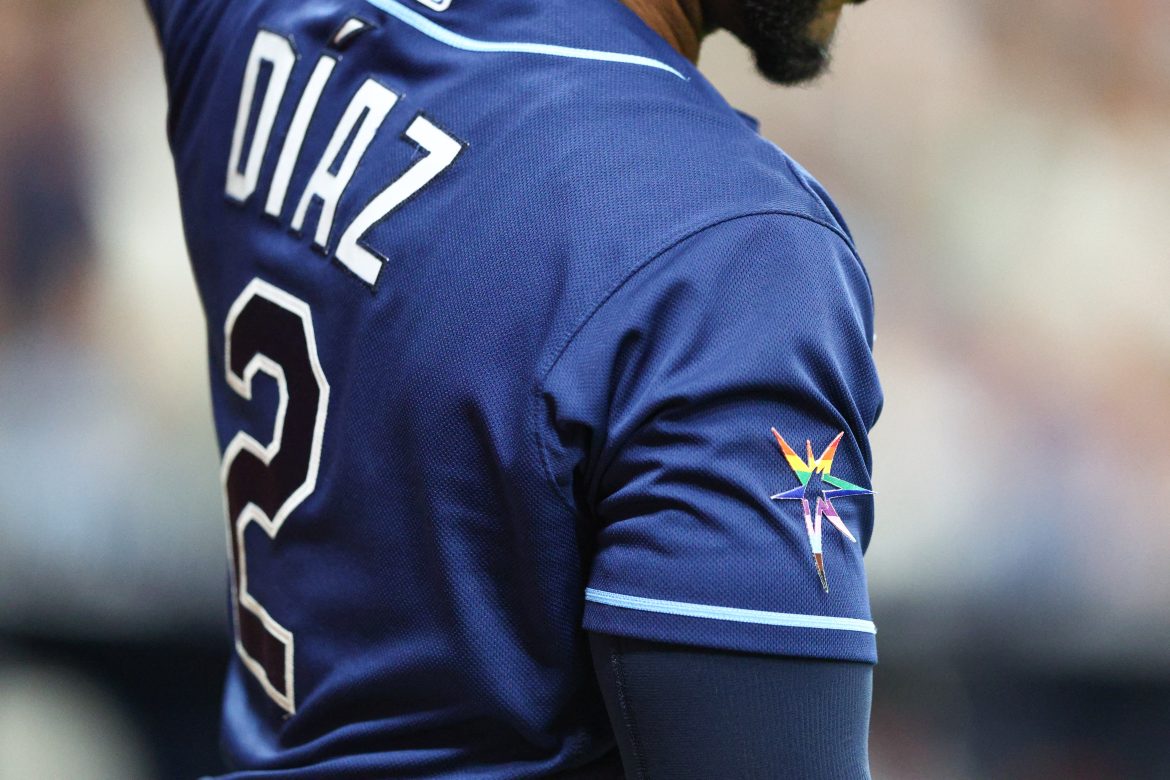 For their 16th annual Pride Night, the Rays organization decided to show their support for the LGBTQ cause by donning custom caps with a rainbow Rays logo and wearing uniforms with a rainbow decal on the sleeve. But pitchers Jason Adam, Ryan Thompson, Jalen Beeks, Brooks Raley, and Jeffrey Springs all opted to wear their regular caps and uniforms in what they described as a “faith-based decision.”

Adams, speaking for the group, told the Tampa Bay Times, “Ultimately, we all said what we want is them to know that all are welcome and loved here. But when we put it on our bodies, I think a lot of guys decided that it’s just a lifestyle that maybe — not that they look down on anybody or think differently — it’s just that maybe we don’t want to encourage it if we believe in Jesus, who’s encouraged us to live a lifestyle that would abstain from that behavior, just like [Jesus] encourages me as a heterosexual male to abstain from sex outside of the confines of marriage. It’s no different. It’s not judgmental. It’s not looking down. It’s just what we believe the lifestyle he’s encouraged us to live, for our good, not to withhold. But again, we love these men and women, we care about them, and we want them to feel safe and welcome here.”

According to the Times, the Rays organization said that they would have preferred full participation, but also wanted to give the players a choice.

Rays manager Kevin Cash said that the players’ decision not to wear the pride uniforms did not create any division in the clubhouse. He said, “I think what it has created is, like, what you’ve heard — a lot of conversation and valuing the different perspectives inside the clubhouse but really appreciating the community that we’re trying to support here.”

Thompson explained his decision to WFLA, a Tampa-based NBC affiliate, saying, “Those of us who decided not to wear the patch or hat spent a couple weeks in prayer and a deep dive into scripture on the subject at hand to come to the decision that we did. As a Christian, I believe that God is the embodiment of love… If I believe the Bible is infallible and that everlasting life is attainable, yet I bow down to public opinion in the name of tolerance, is that love? I don’t think so. Instead, my view is to love my neighbor from all walks of life as abundantly as possible, trying my absolute best to advertise only towards the kingdom of heaven.” Thompson’s full statement can be viewed here.

Evangelist Franklin Graham showed his support for the players on Facebook, posting, “I appreciate these Tampa Bay Rays players who said no to endorsing and celebrating sin during Saturday night’s game.”

But not everyone was supportive of the players’ faith-based stand. St. Louis Cardinals pitcher Jack Flaherty quoted Adams’ statement in a tweet, calling it an “absolute joke.” Former MLB player Preston Williams tweeted sharp criticism of the group, saying, “There is a special ignorance in sports on this topic. Every person in MLB has at some point played with a homosexual teammate. They have all cheered for their success on the field. They have all felt their pain when they struggled. They just didn’t know that player was LGBTQ.”

Saturday’s Pride Night game’s attendance was 19,452, well above the Rays’ average attendance this season of 16,868. Fans were given mini pride flags and members of the LGBTQ community participated in several pre-game activities.

The Rays became the second MLB team to wear LGBTQ-themed gear for a game this month after the San Francisco Giants did so last week.