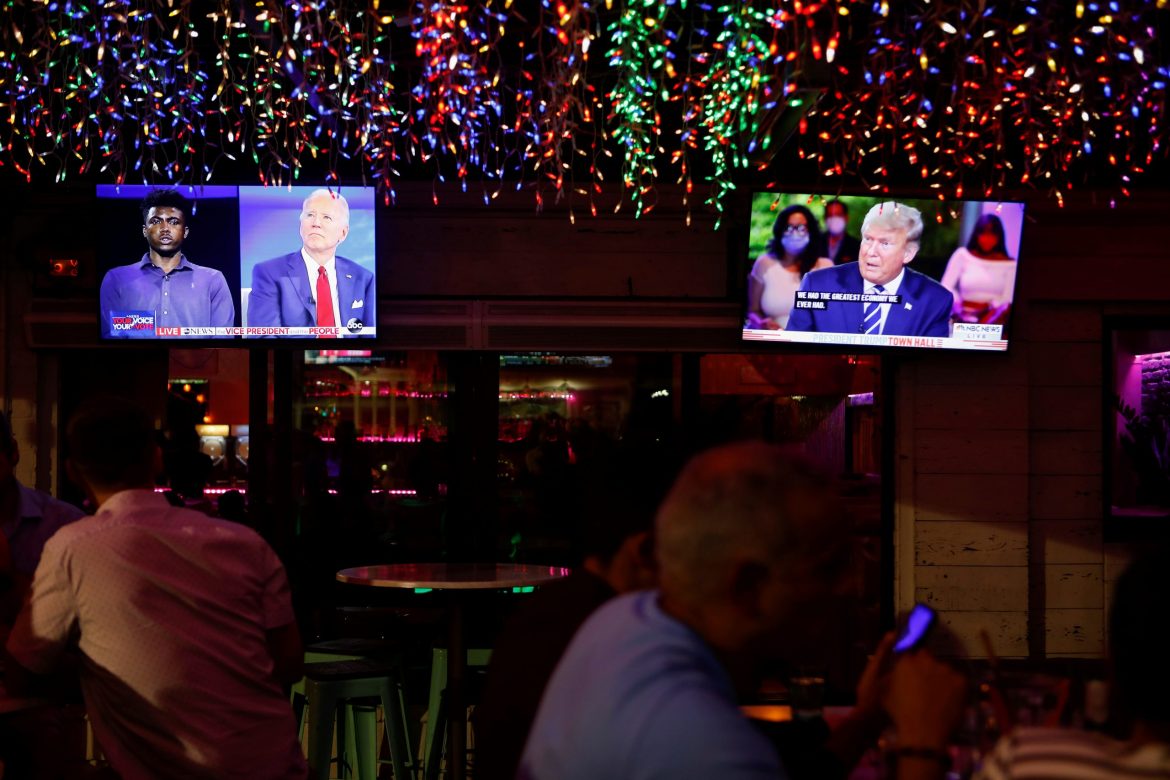 On October 15th, Joe Biden and President Donald Trump participated in separate town halls as an alternative to a virtual debate. Trump declined to participate in a virtual joint format saying it would be a waste of his time. He also accused the debate commission of changing the rules at the last minute for Biden.

Biden, speaking to voters in Philadelphia on ABC, accused Trump of covering up the virus’s deadliness. “He said he didn’t tell anybody because he was afraid Americans would panic,” Biden said, alluding to comments the President made in an interview with Bob Woodward.

On NBC, Trump defended his own conduct surrounding the pandemic, including the fact that his campaign events lack masks and social distancing. “Hey, I’m president – I have to see people, I can’t be in a basement,” Trump said in front of an outdoor audience of voters in Miami. Trump said he has “heard different stories” about the efficacy of masks; possibly referring to the disagreements between U.S. health experts who have said wearing them is key to stopping the spread of the virus and experts in countries like Sweden who say masks are not as effective as they are made out to be.

Trump criticized Biden for frequently calling lids on his campaign and spending months off the campaign trail. The President was asked if he would denounce QAnon, a conspiracy theory that Democrats are part of a global pedophile ring. Trump said he didn’t know anything about them but praised its members for opposing pedophilia.

Trump also dodged questions about a New York Times investigation of two decades of his tax returns. But the President did appear to confirm the paper’s report that he has some $400 million in personally guaranteed loans and did not deny the Times’ report that he paid only $750 in federal income tax during his first year in the White House.

Biden once again declined to give a definitive answer on court-packing, saying, “If I answer the question directly, then all the focus will be on what’s Biden going to do if he wins instead of, ‘is it appropriate what’s going on now?'” But he did say he wasn’t “a fan” of the idea and that his decision will depend on what the Senate does in the next few weeks, although it’s not entirely clear what he meant by this.

Biden was also asked about police reform, where he suggested banning chokeholds, as well as better de-escalation techniques. He said cops should consider shooting an assailant in the leg rather than to kill.

The Biden event was criticized by Trump and some conservatives for not featuring questions about surfaced emails suggesting corrupt behavior between Joe Biden when he was vice president and questions on Biden’s son, Hunter.