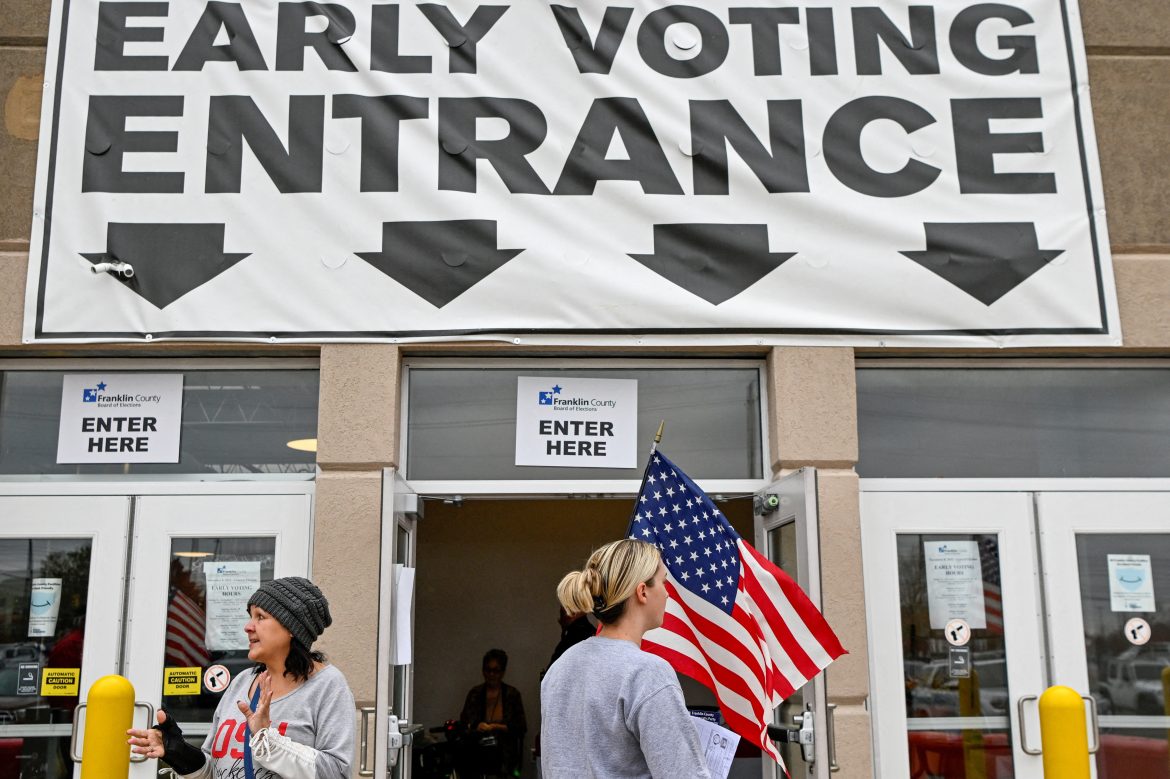 The latest Real Clear Politics map shows the anticipated midterms “red wave” continues to grow, projecting that four states will turn the tide in the Republican party’s favor for a Senate majority.

RCP now projects that Arizona, Georgia, Nevada, and New Hampshire will give Republicans a 54 to 46 Senate advantage. Until recently the fate of the Senate was considered a toss-up by most election analysts. 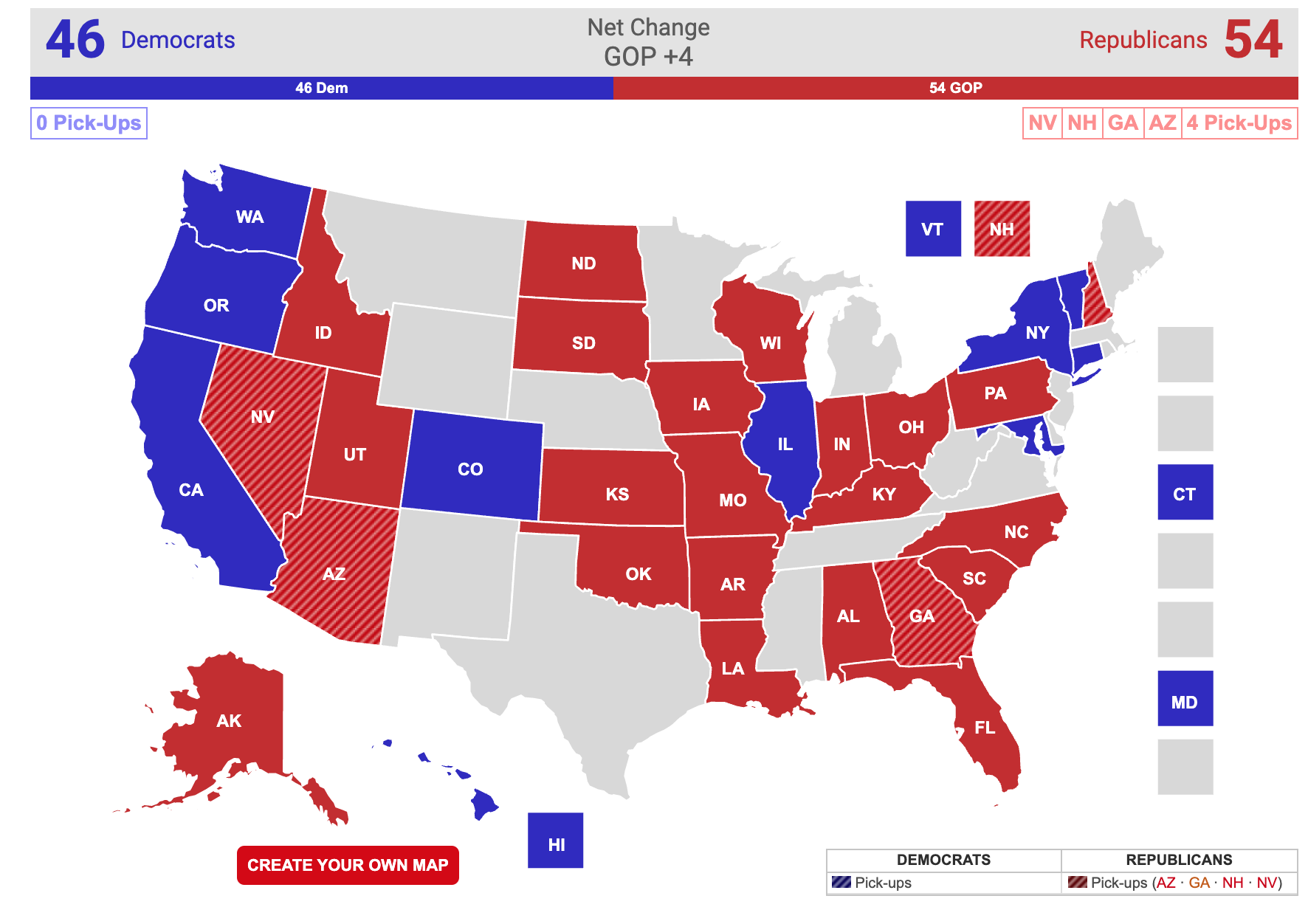 Meanwhile, in the House, Republicans are projected to take at least 228 seats in the midterms, with Democrats taking 174, though 33 races are still considered toss-ups.

He later told Hannity, “If you look at the Senate, I think we’re going to take the majority, I think we’re likely to be at 53 or 54 Republicans, we could be higher.”

If these projections weren’t enough of a warning bell for Democrats, a new Trafalgar poll shows Republican Lee Zeldin with a slight lead over Democrat Kathy Hochul in the New York Governor’s race. Trafalgar shows Zeldin leading 48.4% to Hochul’s 47.6%, with 4% undecided.

Surprisingly a majority of those polled were Democrats. 53.6% of respondents belong to the Democratic party, while only 27.5% are Republicans, and 4% are undecided.

New York is a state that has been a Democratic stronghold, so even a close race would prove to be a referendum on Democratic policies. Michigan and Washington are two other historic blue states that are showing signs they could fall into the Republican camp, as both are currently deemed toss-ups.