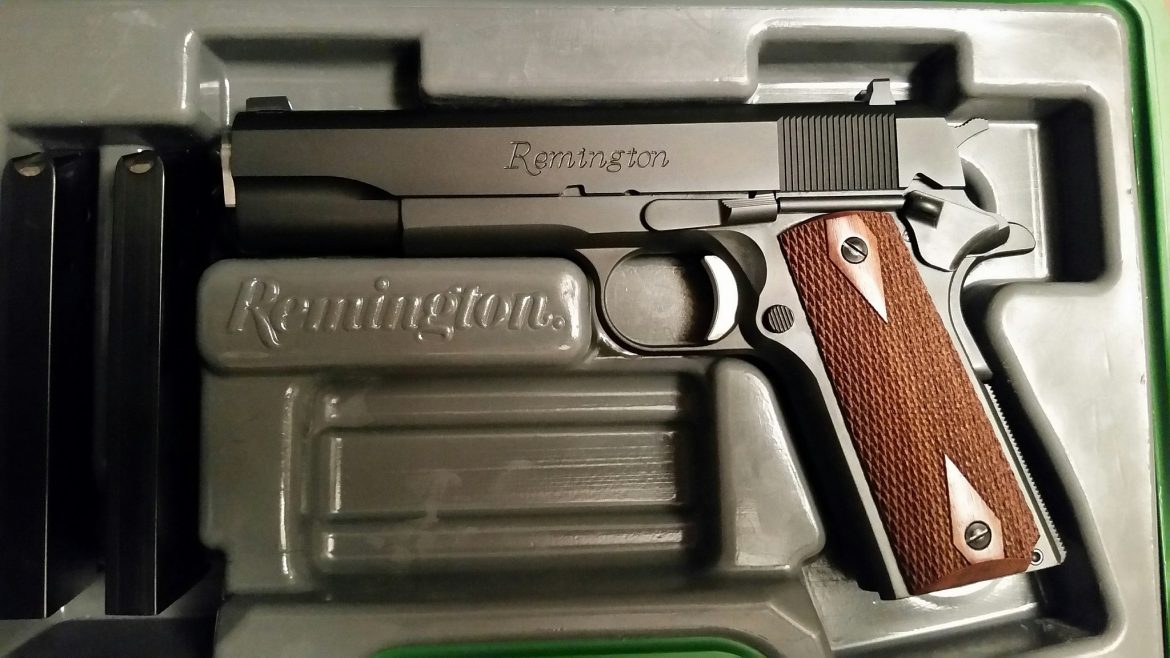 On Monday, Remington Arms announced it was leaving New York, the state the company had called home since its founding in the early 1800s, for Georgia.

In a joint statement from Remington executives, LaGrange officials, and Georgia Gov. Brian Kemp, the company said it would invest $100 million in the move and seek to fill 865 jobs as it relocates its global headquarters from Ilion, New York, which is located between Syracuse and Albany, for LaGrange in West Georgia over the next five years.

“We are very excited to come to Georgia, a state that not only welcomes business but enthusiastically supports and welcomes companies in the firearms industry,” Ken D’Arcy, Remington’s CEO, said. “Between the support we’ve received from the state and from Scott Malone and Kelley Bush of the City of LaGrange Economic Development Authority, we cannot wait to expand our company in Georgia. Everyone involved in this process has shown how important business is to the state and how welcoming they are to all business, including the firearms industry.”

Remington, among the oldest and largest gun manufacturers in the nation, gave no indication as to what, if any, presence the company would retain in New York, nor did it describe if this change would impact the company’s operations at a large facility in East Tennessee.

“Georgia’s firearms industry is responsible for thousands of jobs and millions of dollars of investment in our communities,” Kemp said. “I am a proud owner of some of Remington’s first-class product, and now, I am excited to welcome them to their new home in the Peach State. As yet another big manufacturing win for our state, I look forward to seeing the oldest firearms manufacturer in America thrive in Georgia’s pro-business environment.”

While no one from the State of Georgia or Remington addressed the matter directly, the underpinning of Monday’s announcement was that while Georgia was pro-business, New York either was anti-business or not pro-business enough.

As of this writing, New York Gov. Kathy Hocul had not yet commented on Remington’s announcement.

Congresswoman Claudia Tenney, a Republican who represents New York’s 22nd district, where Ilion is located, however, issued a scathing response to the news in which she blasted her New York colleagues for creating an atmosphere in which firearms manufacturers could not thrive:

Far-left progressives in New York, starting with disgraced former Governor Andrew Cuomo, made it clear their mission was to destroy the Empire State’s iconic firearms industry. Today, the Mohawk Valley is sadly seeing the disastrous fruits of their labor.”

Tenney ripped Democrats for what she referred to as attacks on the Second Amendment and pointed to the state’s SAFE Act – created in 2013 which instituted what Cuomo called the nation’s toughest gun regulations at the time – as well as more recent legislation that has made it easier for gun manufacturers to be sued.

“Remington Arms has been a staple of the Mohawk Valley since 1816, providing good manufacturing jobs to generations of New York families,” Tenney said. “I am deeply concerned that today’s announcement may bring this long and storied chapter in our region’s history to an abrupt end. I am in touch with local stakeholders and will work to mitigate any fallout from this decision. I will continue to do all I can to advocate on behalf of Remington’s workforce and the Herkimer County community.”

Remington’s move is not unique. Gun manufacturers from the Northeast have been leaving the region, typically, for the South, since 2014 when tougher gun restrictions were announced in states like New York and Connecticut following school shootings. In 2019, gun maker PTR left Connecticut for South Carolina.

Though unrelated to firearm manufacturing, in 2020, New York Attorney General Letitia James filed a lawsuit against the National Rifle Association, which has led to a lengthy court battle over allegations of fraud and abuse by NRA CEO Wayne LaPierre. The move caused the NRA to seek to relocate to Texas and file bankruptcy, although this has also been held up in court.