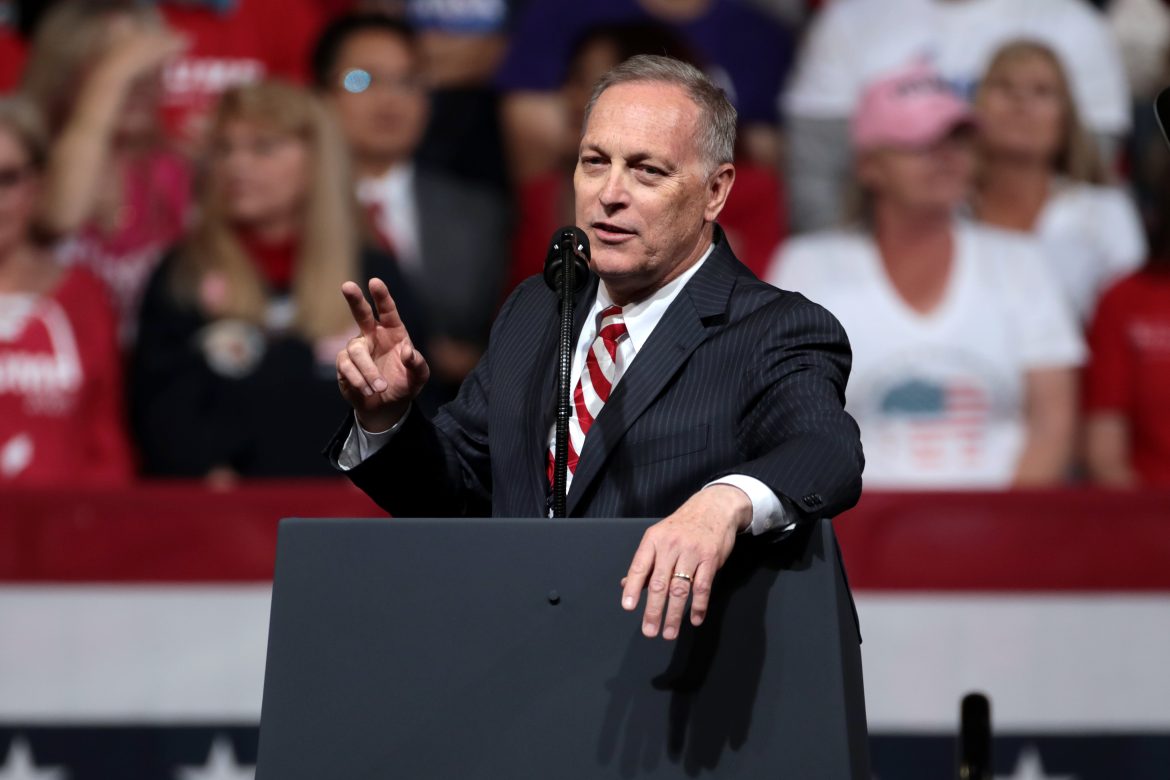 “We’ll see if we can get the job done and the votes,” Biggs said. “It’s going to be tough. I mean, Kevin — Kevin has raised a lot of money and done a lot of things. But this is not just about Kevin. I think it’s about the institutional direction and trajectory.”

After an underwhelming performance by GOP candidates in the midterm elections, many Republican leaders are calling for sweeping changes in the party’s leadership, and nobody is above criticism. Josh Hawley (R-Mo.) tweeted “The old party is dead. Time to bury it. Build something new.”

The old party is dead. Time to bury it. Build something new

Many Republicans agree. Leaders like Sen. Mitch McConnell (Ky.), McCarthy, and even former President Donald Trump have been blamed for what happened in the midterms, and Biggs’ challenge of McCarthy’s leadership could be just the first of many more.

Andy Biggs confirms on Newsmax that he is challenging Kevin McCarthy pic.twitter.com/Ak9ffJrb8Y

While Republicans have not officially taken over control of the House, the GOP believes it will take control by a slim majority, a much slimmer majority than was previously projected. With that belief in place, the party will hold a secret ballot election to determine who has the most support in the House. The winner of that vote will be nominated for Speaker.

The official vote would take place on the floor on the first day of the new Congress. The nominee would need 218 votes to secure the position if all 435 members are sworn in that day. With such a slim majority in the House, Republicans will have to be unified to choose their candidate.

Rep. Marjorie Taylor Greene (R-Ga.) has been a staunch supporter of McCarthy’s and even warned that if Republicans are not united behind one candidate, a handful of Republicans could join Democrats in choosing a “compromise Speaker.” Greene told reporters, “We have to elect Kevin McCarthy. I can’t support a challenge that will allow the Democrats to — to elect their own speaker by pulling some of ours.”

Biggs is the former chairman of the House Freedom Caucus, but the fact that Greene, a member of the Freedom Caucus, is supporting McCarthy is leading many to believe that McCarthy will in fact win the Speakership.

Rep. Guy Reschenthaler (R-Pa.) said, in support of McCarthy, “I’ve got respect for Mr. Biggs. But at the end of the day, Kevin McCarthy is our best strategist. He’s our best fundraiser. He’s our best recruiter. He did more to retake the majority than anybody in the entire conference.” He even said that it would be an insult not to give the gavel to McCarthy.

Whoever steps into leadership for the GOP has a lot of work to do. Democrats had led the country into the highest inflation in 40 years, a weakening economy in the midst of a recession, and a president with one of the lowest approval ratings in recent memory, and they may increase their control of the Senate while barely losing control of the House.