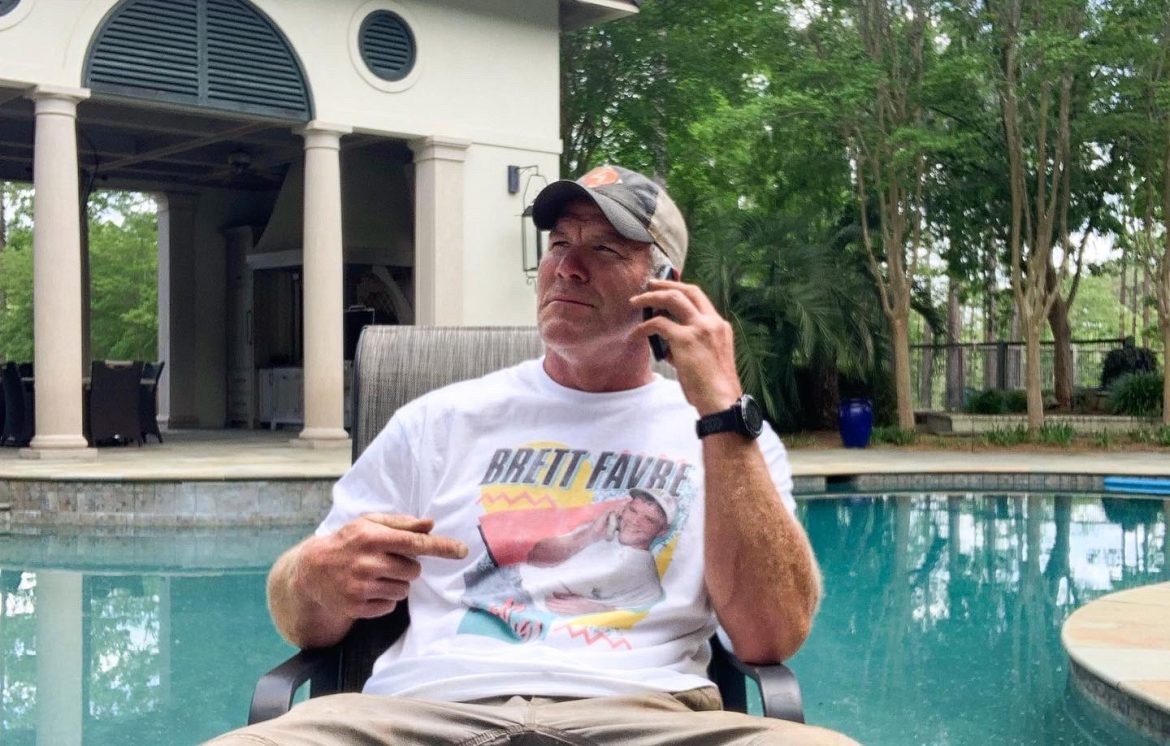 The state of Mississippi’s ongoing civil case regarding misspent welfare dollars took a turn Monday when text messages appeared to reveal that NFL Hall of Famer Brett Favre and former Governor Phil Bryant conspired to redirect funds meant to help the poor in order to build a new volleyball facility at the pair’s alma mater.

Mississippi Today reported that the texts show then-governor Bryant even guided Favre in how to write a proposal to the state Department of Human Services so that it would be accepted.

A criminal investigation and subsequent court hearing in April revealed that the Mississippi Community Education Center, a non-profit operated by Nancy New and her son, Zach New, had redirected or stolen at least $77 million of state welfare funds in the most impoverished state in the nation, where 19.58% of the population lives below the poverty line.

In April, Nancy and Zach New pleaded guilty in state court to more than a dozen felony counts linked to the misappropriation of the funds. Circuit Judge Faye Peterson has chosen to defer their sentencing until after the two are sentenced in a federal court hearing scheduled for Nov. 9. On the state charges alone, Nancy faces up to 100 years in prison. Zach could face up to 75 years.

The state is now embroiled in a civil case concerning the scandal. That is where the texts between Nancy New, former Governor Bryant, and Favre came to light Monday. An attorney representing Mississippi Community Education Center entered the texts into the record.

“Just left Brett Favre,” Bryant allegedly texted New in July of 2019. “Can we help him with his project[?] We should meet soon to see how I can make sure we keep your projects on course.”

The texts appear to show that Bryant, New, Favre, and former welfare agency director John Davis conspired to redirect at least $5 million of state welfare funds to build a new volleyball arena at the University of Southern Mississippi, where both Bryant and Favre attended school and Favre’s daughter played volleyball at the time.

Despite the massive size and cost of the arena fraud — it “represents the single largest known fraudulent purchase within the scheme, according to one of the criminal defendant’s plea agreement” — the state is not pursuing it as part of its current civil lawsuit. When a state attorney attempted to subpoena documents related to the USM arena, current Governor Tate Reeves, who served as lieutenant governor under Bryant, abruptly fired the state attorney, according to Mississippi Today.

Messages also appear to show that a separate $1.1 million contract Favre signed to promote the welfare program was just another way to divert welfare funds to the volleyball arena.

Neither Bryant nor Favre has been charged with any crime relating to the fraud as of the time of publication of this story.

This story was aided by reports from Mississippi Today and The Clarion Ledger.