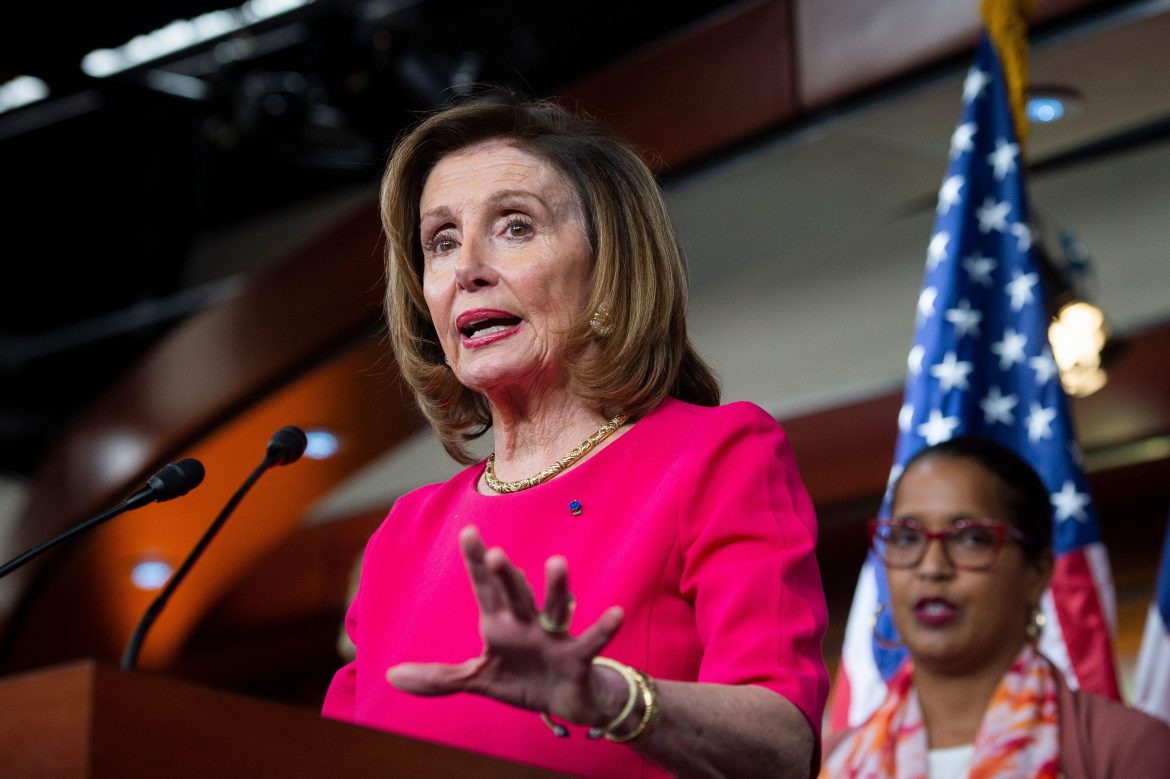 As the Jan. 6 Committee hearings continue to play out on television, Republican lawmakers conducting their own investigation into security failures in the days and hours leading up to the breach say House Speaker Nancy Pelosi bears significant responsibility.

Pelosi’s position as speaker includes a responsibility to ensure the security of the Capitol buildings, but Reps. Jim Banks (R-Ind.) and Rodney Davis (R-Ill.) said Pelosi violated House rules on Jan. 6 with a series of decisions that led to a security breakdown, according to an exclusive report by The Federalist.

In a preliminary report on their investigation, the congressmen said they discovered several security failures surrounding the events of Jan. 6. They note that Capitol Police (USCP) were understaffed by half that day. They also point out that the House Sergeant at Arms denied multiple requests made by the Pentagon and the USCP Chief for National Guard assistance in the days leading up to Jan. 6. According to the report, officers were poorly equipped, lacked sufficient riot gear, and had not received training on how to handle a riot, something the congressman found to be remarkable considering that the nationwide BLM riots occurred only months prior.

A full report will be released in several weeks, according to Banks and Davis, but the two said they felt compelled to issue a preliminary report to counter the Jan. 6 Committee’s attempt to present a “slanted viewpoint as if it were impartial fact.” The congressmen said that their findings “will help Americans understand the extent of the Committee’s misrepresentations and omissions.”

“The Committee has lied and made numerous unsupported and disputed claims that have been thoughtlessly parroted by their media and ‘fact-checking’ allies,” Banks and Davis said.

Despite the J6 Committee’s attempts to blame the Capitol riot on former President Donald Trump and election integrity supporters, the GOP members found that Pelosi repeatedly failed to implement necessary improvements to the Capitol’s security system.

“This inaction left the Capitol unnecessarily vulnerable,” the lawmakers said.

Banks and Davis also noted failures on the part of the USCP, pointing to an After-Action Report showing that the department reorganized its intelligence without authorization which left it without essential “open-source intelligence capabilities” and effected staffing changes that “may have contributed to the tragedy” on Jan. 6.

The congressmen say this information shows that “the USCP intelligence unit had knowledge of the potential for violence yet failed to adequately communicate the threat or take the necessary steps to protect the Capitol.”

No Republican-appointed lawmakers serve on the Jan. 6 committee. Banks and Rep. Jim Jordan (R-Ohio) were selected by House Minority Leader Kevin McCarthyto represent Republicans on the committee last year, but Pelosi promptly booted them out, saying the men would hinder a “comprehensive investigation” into the Capitol riot. Jordan is also involved in the GOP investigation.

“Republicans were denied the right to meaningfully participate in the Democrats’ show trial, but as you know, the five of us are leading our own independent investigation into the total breakdown of security at the Capitol. Our mission is to answer simple questions about what happened that day that Democrats have ignored,” Banks and Davis said.

Republicans have committed to “launching a full investigation into the actions of the Select Committee and hold Speaker Pelosi accountable” if the GOP takes control of the House in the November midterms.