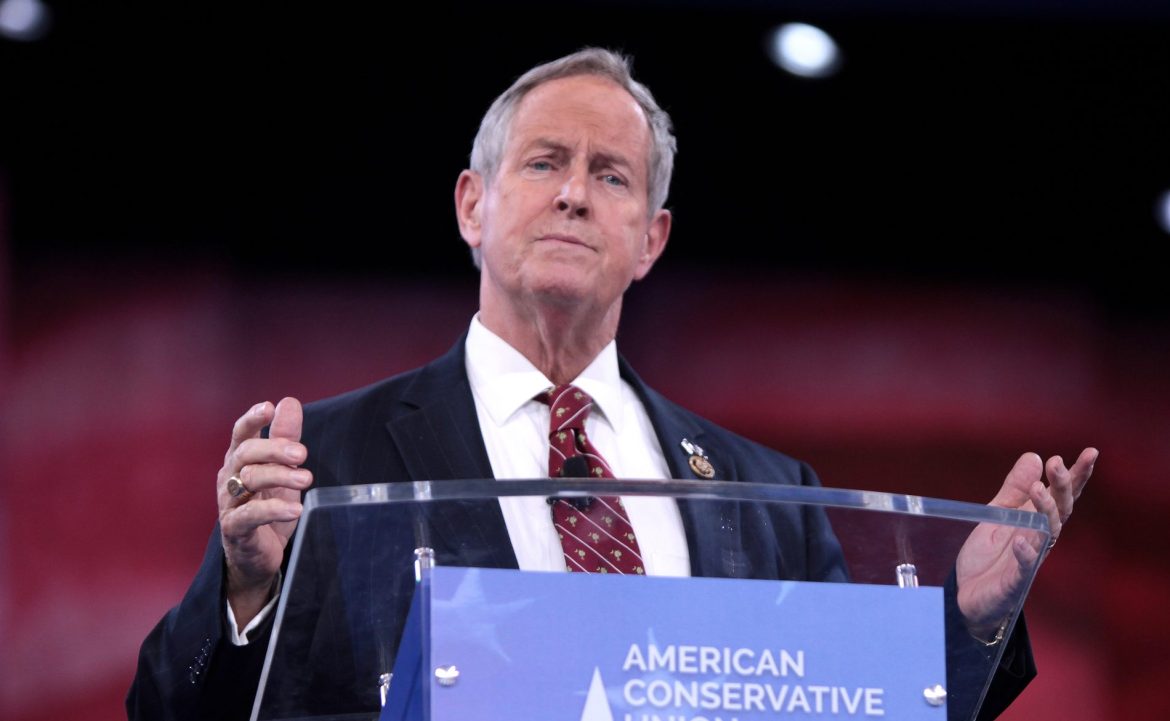 House Republicans slammed a proposal to display a bust of Ukrainian President Volodymyr Zelenskyy inside the House of Representatives introduced by one of their own members.

Rep. Joe Wilson (R-S.C.) introduced House Resolution 10 this week which directs the House Fine Arts Board to obtain a bust of Zelenskyy and then to find a “suitable, permanent location” for the statue in the House side of the U.S. Capitol Complex to honor the leader. The board has authority over all works of art and historical objects displayed on the House wing of the U.S. Capitol and the associated office buildings.

“Absolutely NOT! We serve AMERICA NOT UKRAINE!” Rep. Marjorie Taylor Greene (R-Ga.) tweeted, along with a photo of the resolution.

Absolutely NOT!
We serve AMERICA NOT UKRAINE!

“Directing the Fine Arts Board to obtain a bust of the President of Ukraine, Volodymyr Zelenskyy, for display in the House of Representatives wing of the United States Capitol.” pic.twitter.com/CZCbtymPnl

“There is now a House resolution that seeks to put a display of Zelenskyy’s head in the US Capitol. Was the $100+ billion to Ukraine not enough?” Rep. Andy Biggs (R-Ark.) wrote.

Wilson’s proposal, and the reaction it sparked, underscores the growing fissure among Republicans over the U.S. response to the Russia-Ukraine conflict, particularly in terms of the more than $110 billion the federal government has poured into aiding Kyiv’s defense with scant details as to how — and by whom — these funds are being used.

A group of GOP House members, led by Greene, introduced legislation in November that would require an audit of the $66 billion given to Ukraine, a month before another $45 billion was approved as part of the $1.7 trillion omnibus bill.

WILSON DOES IT AGAIN

The proposed resolution is Wilson’s second attempt to have Zelenskyy’s bust installed at the Capitol, the first having occurred in March of 2022, shortly after the Russian invasion. Last month, he told the Charleston Post and Courier that Ukraine’s fight against Russian aggression reminded him of the American Revolution, according to a report by The Washington Times.

The Western Journal’s Samantha Chang referred to the South Carolina lawmaker’s determination to see Zelenskyy’s bust at the Capitol as “puzzling” and “tone-deaf” in an op-ed published by The Federalist Papers.

“It is mind-boggling that Wilson has prioritized the frivolous idolatry of a foreign leader in the People’s House when Americans are being crushed by historic inflation, soaring crime, and skyrocketing national debt,” she wrote, noting that the resolution has yet to receive a single co-sponsor, “suggesting that even feckless members of Congress realize how tone-deaf the resolution is.

“Attempting to further mock taxpayers, an ‘America Last’ House Resolution has been introduced to display a bust of Zelenskyy in our #HouseOfRepresentatives,” conservative advocacy group Freedom Works said in a tweet, which included a list of “Five reasons” why the resolution should not pass, the first being the fact that “Ukraine is NOT the 51st U.S. State.”

Wilson has served Congress since 2001 and is a senior member of the House Armed Services Committee. Considered a staunch conservative, he famously shouted “you lie” during former President Obama’s 2009 address to Congress.

While there does not appear to be a precedent for displaying the likeness of a foreign leader in a congressional chamber, the bust of former U.K. Prime Minister Winston Churchill has been on display, off and on, at the Oval Office since the 1960s.

In 2009, President Barack Obama had the bust removed, replacing it with one of Martin Luther King, Jr. The move caused quite a stir among Americans and Britons alike which, in the latter case, simmered for years. In 2016, then-London Mayor Boris Johnson, said that “some said it was a snub to Britain,” according to a 2021 article that appeared in the U.K.’s Independent.

In 2017, former President Donald Trump restored the Churchill bust to its original place of honor in the Oval Office, but in 2021, President Joe Biden swapped it out for the bust of American labor leader Cesar Chavez, Fox News reported at the time.

Churchill and Zelenskyy are the only two wartime foreign leaders to have ever addressed Congress.

Study: acts of kindness are successful in fighting depression, anxiety