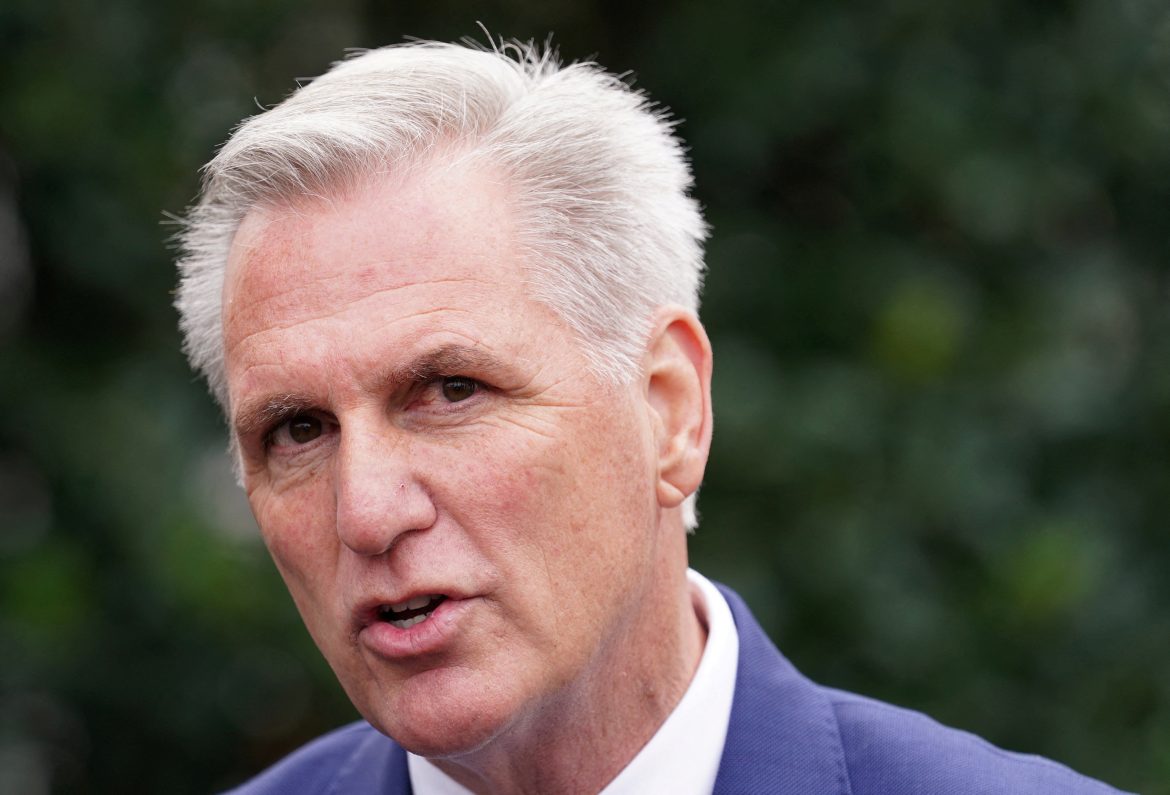 Top U.S. House of Representatives Republican Kevin McCarthy faces a bruising political battle on Tuesday as he seeks to overcome opposition from hardline members of his own party to win election as speaker.

The role would give him the power to steer the House agenda as his party takes the majority, giving it the power to rein in Democratic President Joe Biden and the Democratic-controlled Senate, as well as launch potentially damaging investigations into Biden’s family and administration.

After four years as the Republican minority leader, McCarthy now needs at least 218 votes to succeed Democrat Nancy Pelosi as speaker. With 222 seats, the Republicans have a slim nine-seat House majority, but several party members vocally oppose him.

A group of hard-line conservatives opposes McCarthy’s candidacy, concerned that he is less deeply vested in the culture wars and partisan rivalries that have dominated the House and even more so since Donald Trump’s White House years.

They have criticized the California Republican for not taking a more aggressive stance against Democrats, who under Pelosi had been in control, on priorities including government funding, defense, and border security.

A protracted speaker election could undermine House Republican hopes of moving forward quickly on legislative priorities involving the economy, U.S. energy independence, and border security, and signal a tough year ahead when lawmakers need to agree on critical issues including addressing the nation’s debt ceiling and funding the government.

On Sunday evening, Republican lawmakers who were prepared to vote against McCarthy numbered in the double digits, according to a source familiar with the situation.

“Kevin McCarthy had an opportunity to be speaker of the House, he rejected it,” said Representative Scott Perry, chairman of the hard-line House Freedom Caucus in a Tuesday morning statement.

He said that McCarthy had rejected demands by the group on multiple issues, including term limits for members of Congress and refusing to interfere in party primaries. More broadly, hardliners are concerned that McCarthy is not as combative with Democrats as they would like. They also are seeking deep cuts in domestic spending.

No Democrats are likely to vote for McCarthy, so he does not yet appear to have enough votes to secure the job that would put him second in line for the presidency, behind Democratic Vice President Kamala Harris.

This could set the stage for hours of votes when the 118th Congress begins meeting at midday EST.

Asked on Monday whether he had the votes, McCarthy, who failed to win the speakership in 2015, told reporters at the Capitol: “I think we’re going to have a good day tomorrow.”

He met on Monday with hardliners and supporters, but there was no immediate sign of a breakthrough. House Republicans are expected to meet behind closed doors on Tuesday morning, ahead of the speaker election.

Representative Don Bacon, a McCarthy supporter, wrote on the online conservative news website Daily Caller that he could reach across the aisle to find Democratic support for an unidentified Republican candidate if hardliners did not to relent.

While Republicans have won back the House, Democrats still hold the White House and Senate. Standoffs are expected over legislation to keep the government open, fund the military, and address the U.S. debt ceiling.

“I won’t be voting for Kevin McCarthy tomorrow. He’s part of the problem. He’s not part of the solution,” Good told Fox News on Monday.

The record number of voting rounds to elect a House speaker is 133 over a two-month period in the 1850s. Every nominee in the last 100 years has succeeded on the first ballot.

A standoff would leave the House largely paralyzed and could force lawmakers to consider another candidate. Incoming Majority Leader Steve Scalise and conservative leader Jim Jordan are seen as possibilities.

But 15 House Republicans — elected from districts Biden won in 2020 — have warned that they will accept no one for speaker other than McCarthy.

Strategists from both parties warn that larger problems could lie ahead for Congress if the House Republicans are left too divided to negotiate with Biden and Senate Majority Leader Chuck Schumer.

“If the Republicans stick together, Democrats in the Senate will have to wrap their heads around a much more conservative product than they are accustomed (to) in order to pass anything,” said Republican strategist Josh Holmes, a former McConnell aide.

Democratic strategist Jim Manley said that if Biden and Schumer did not have a House Republican with authority to negotiate with, then very little would get done, adding: “It takes two to tango.”

The hardline Republican House Freedom Caucus is demanding rule changes that would enhance the group’s influence. Moderate Republicans have said they will accept rule changes only if doing so leads to McCarthy’s election as speaker.

But some of McCarthy’s opponents, including Biggs and Gaetz, have suggested they would not back him under any circumstances.

The Democrats have picked Hakeem Jeffries to serve as minority leader after Pelosi, the first woman to serve as speaker, stepped down from leadership. She will remain in office as a representative.