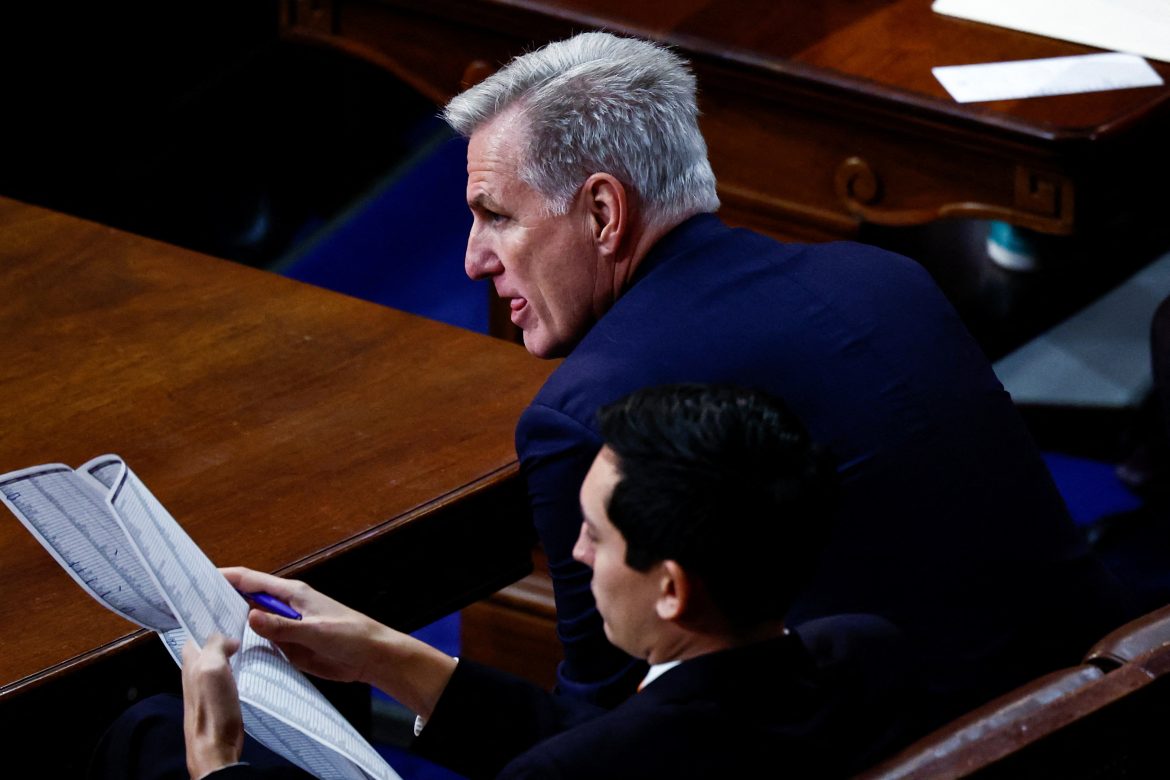 Republican Kevin McCarthy on Friday picked up some support from right-wing hardliners in the U.S. House of Representatives who have blocked his speakership bid, but it did not appear to be enough to end the deepest congressional dysfunction since before the Civil War.

In a 12th round of voting in four days, at least 10 Republicans who have opposed McCarthy voted for him on Friday, in a sign that his prospects may be improving after he offered the faction a range of concessions. The 13th vote began just after 2 p.m. ET.

But at least seven fellow Republicans voted against him as the roll was called, meaning he would likely fall short of the votes needed to win the speaker’s gavel.

McCarthy had predicted progress before the vote.

“Watch here and you’ll see some people who have been voting against me voting for me,” McCarthy, 57, said before the House opened a 12th round of roll-call voting on his leadership bid.

Despite his optimism, some fellow Republican lawmakers said they did not expect him to garner enough votes from the 20 hardliners to ensure a majority that so far has eluded him.

“We still have a ways to go,” Republican Representative Ralph Norman, a McCarthy opponent, told reporters late on Thursday.

Republicans’ weaker-than-expected performance in November midterm elections left them with a narrow 222-212 majority and gives outsized power to the 20 right-wing hardliners who oppose McCarthy’s leadership.

They have railed against McCarthy, who has led the Republicans in the House since 2019, accusing him of being soft and too open to compromise with President Joe Biden and his Democrats, who also control the U.S. Senate.

McCarthy already has agreed to limit his clout and make him vulnerable to new leadership challenges. Some of the hardliners say they want a leader who will be ready to force government shutdowns to cut spending.

That raises the possibility the two parties would fail to reach a deal when the federal government comes up against its $31.4 trillion debt limit this year. A lack of agreement or even a long standoff risks a default that would shake the global economy.

The larger body of mainline Republicans who support McCarthy fear the hardliners’ stunts — such as nominating little-known members and even Republican Donald Trump for the role — portrays them as unable to govern.

Of the 20 Republicans who have cast votes opposing McCarthy, 14 received campaign contributions totaling $120,000 ahead of the midterms from the McCarthy-controlled Majority Committee fundraising group, federal disclosures show.