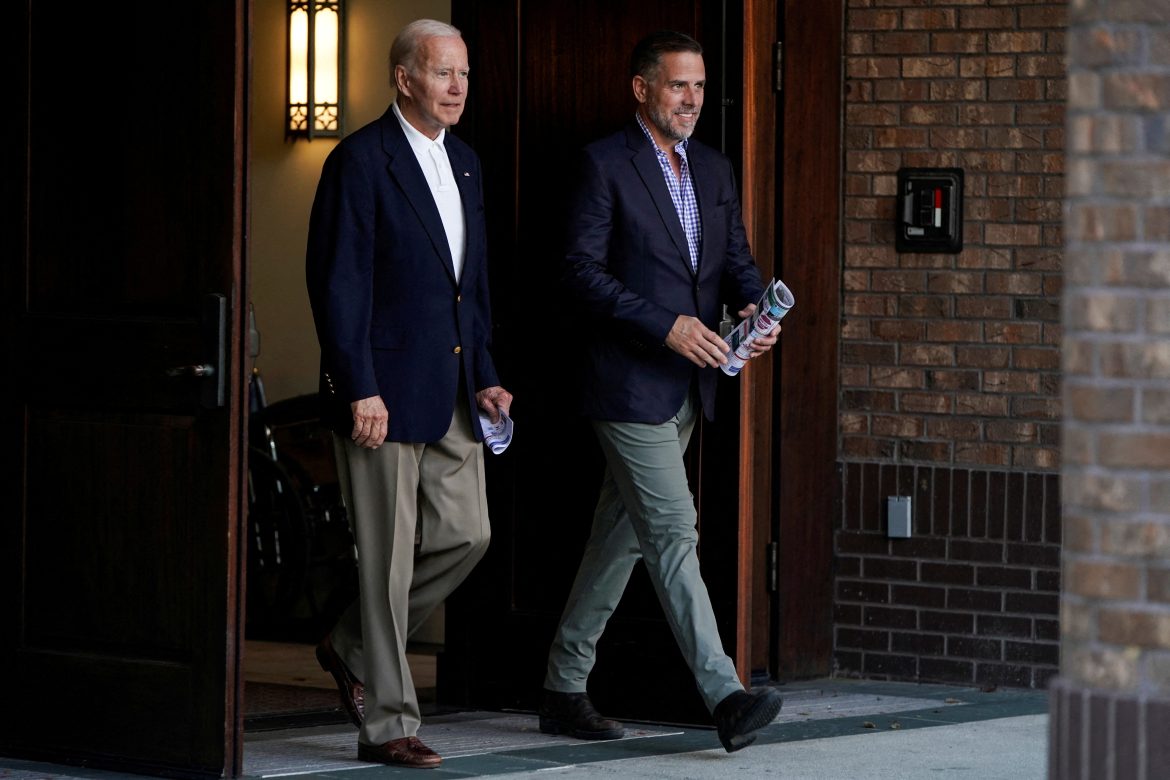 Republicans have continued to stress their belief that the Biden Department of Justice is being overly kind in its dealings with the president, a belief that is intensifying thanks to reports floating around conservative media.

“Photos unearthed by the @FreeBeacon show Hunter Biden driving his dad’s Corvette in 2017,” the post, which accompanies a longer thread, reads. “That means Hunter — who has extensive business ties to communist China — likely had access to the garage where his dad hid classified documents.”

It is unclear if this is the same Corvette that was parked near where the classified documents were stored and even less clear if Hunter Biden ever viewed the documents, but Republicans have nonetheless jumped at the opportunity to use it as an example of the Biden families failings and the lack of oversight by the DOJ.

“The FBI conducted a show raid on President Trump’s home at [Mar-a-Lago] and rifled through our former First Lady’s clothes and Barron’s personal belongings, yet Hunter was on crack wheeling & dealing with CCP ties and prostitutes with classified documents laying around in the garage,” Rep. Marjorie Taylor-Greene tweeted.

The FBI conducted a show raid on President Trump’s home at Maralago and rifled through our former First Lady’s clothes and Barron’s personal belongings, yet Hunter was on crack wheeling & dealing with CCP ties and prostitutes with classified documents laying around in the garage. https://t.co/Sj5yogAKu4

Earlier in the week, the Wall Street Journal reported that the Justice Department had elected to allow Biden’s attorneys to search his properties for additional classified documents rather than assign the FBI the task.

“This is exactly why the American people don’t trust the corrupt FBI and DOJ,” Rep. Elise Stafanik (R-N.Y.) tweeted. “Thankfully House Republicans will provide crucial oversight and expose the truth.”

This is exactly why the American people don’t trust the corrupt FBI and DOJ.

According to the Wall Street Journal Report, the Justice Department’s decision was made because agents wanted “both to avoid complicating later stages of the investigation and because Mr. Biden’s attorneys had quickly turned over a first batch and were cooperating.”

The Justice Department has long contended that former President Donald Trump had not cooperated fully with federal authorities or the National Archives in dealing with classified documents in his possession. Trump resolutely denies this assertion.

While the FBI did eventually raid Trump’s Florida home, both the Justice Department had initially treated the former president in a more congenial manner. Indeed, Trump has previously stated that part of his surprise at the raid was the fact that things had escalated to such a point given that Trump was, he says, cooperating with investigators.

Biden has, to date, apparently satisfied the cooperation requirements of the Justice Department, which the Wall Street Journal reports could be behaving friendly now to allow it to crack down more severely later.

However, the question now growing louder on the right is just how much deference cooperation warrants.

Journalists of all stripes have sought clarification on how the White House can claim to want to avoid the appearance of a conflict of interest between the DOJ and the White House, but then also have White House attorneys in charge of searching for classified documents rather than a theoretically neutral third party.

Earlier in the week, a reporter from CBS posed such a question to White House Press Secretary Karine Jean-Pierre, who responded that she “appreciated’ the question but refused to provide a response to it.

When pressed, Jean-Pierre stated that the White House was working closely with the Department of Justice, a vague answer which did not explain how the chummy relationship between the two entities is in any way conducive to an apolitical investigation.