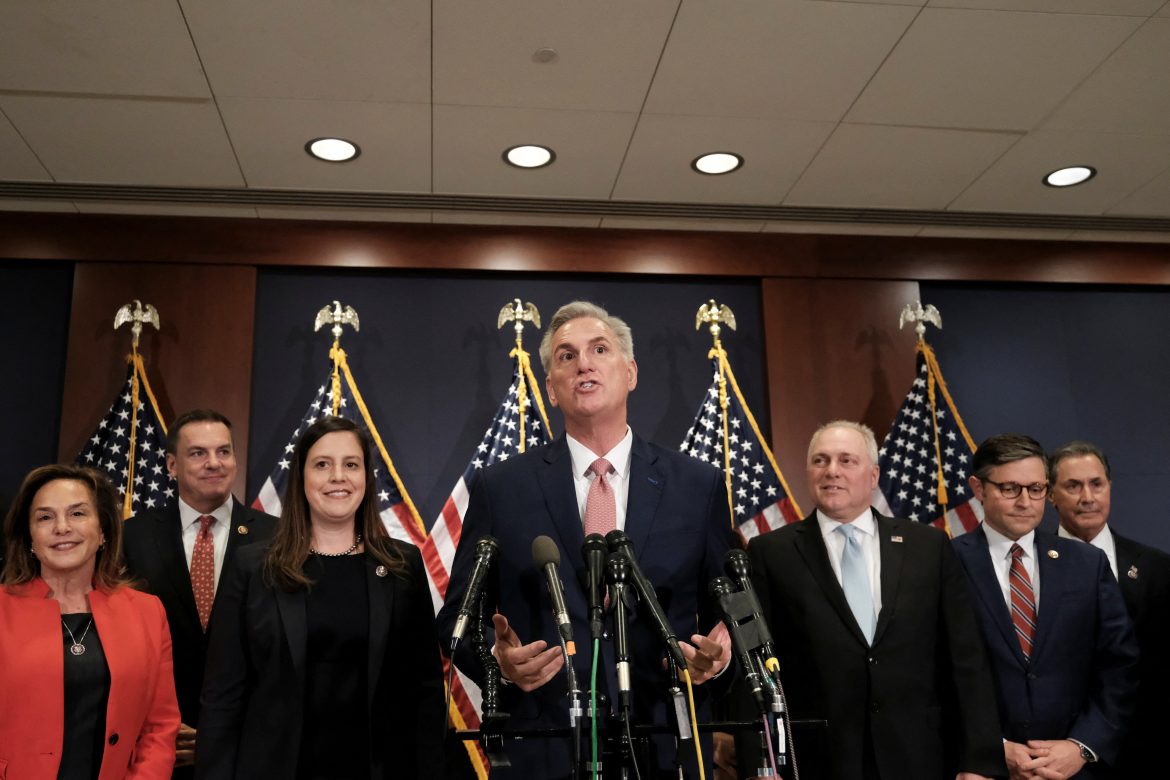 Republicans are projected to secure a narrow majority in the U.S. House of Representatives in the upcoming days. As of Wednesday, most outlets project that the GOP has secured 217 of the 218 seats needed to gain a majority in the lower chamber.

Votes are still being tallied in 9 undecided House races, with Republicans expected to gain at least 1 more win.

One source of contention is Republican Minority Leader Kevin McCarthy’s bid to become the next Speaker of the House. Far-right conservatives are pushing back against McCarthy, particularly members of the House Freedom Caucus.

They want to make it possible for any House member to issue a motion to remove the Speaker of the House — a move that McCarthy has historically opposed — and advance legislation only when it carries a majority of Republican support. Additionally, “hardliners may also push for promises related to launching investigations and impeachment proceedings into President Joe Biden or members of his Cabinet,” according to CNN.

According to Fox News, the Freedom Caucus views “allowing [House] members to offer a motion to vacate the [Speaker’s] chair … as an insurance policy … Many fear that once entrusted with the speaker’s gavel, McCarthy will refuse to threaten a partial government shutdown in an effort to get President Biden to make concessions on policy.”

In a bid to challenge McCarthy, former chairman of the Freedom Caucus, Representative Andy Biggs, R-Ariz., ran against McCarthy for the Speaker nomination but lost in an unofficial caucus vote on Tuesday in a landslide defeat. Biggs secured only 31 member votes compared to McCarthy’s 188. The House will officially vote for Speaker when the new Congress convenes in January.

According to the Texas Tribune, “the spat highlights a conflict within the … the party as a whole between those who want to loudly shake up business as usual and their critics who say the right flank is simply putting on a show.”

Additionally on Tuesday, Republicans nominated Representative Tom Emmer (R-Minn.) to be the next House Republican whip. The whip is responsible for rallying party members to be unified and vote along party lines on proposed legislation. Emmer, former chairman of the National Republican Congressional Committee, has received criticism from Republicans for not producing the “red wave” many conservatives were promised in the midterms.

According to Townhall, Emmer’s whip designation “has raised some concerns among conservatives for his past voting record that included crossing party lines to vote with Democrats in 2019 to block the Pentagon from implementing then-President Trump’s restrictions on transgender Americans’ military service. Emmer also voted to require federal contractors to allow biological males to use women’s locker rooms, showers, and bathrooms.”

Emmer’s supporters point to his contributions in adding gains to Republican seats in 2020 and 2022, albeit smaller than expected.

“It is an honor to be entrusted by my colleagues with the role of Majority Whip. Now the hard work begins. It’s time to unite our conference and deliver on our promises to the American people.” Emmer said in a press release on Tuesday.