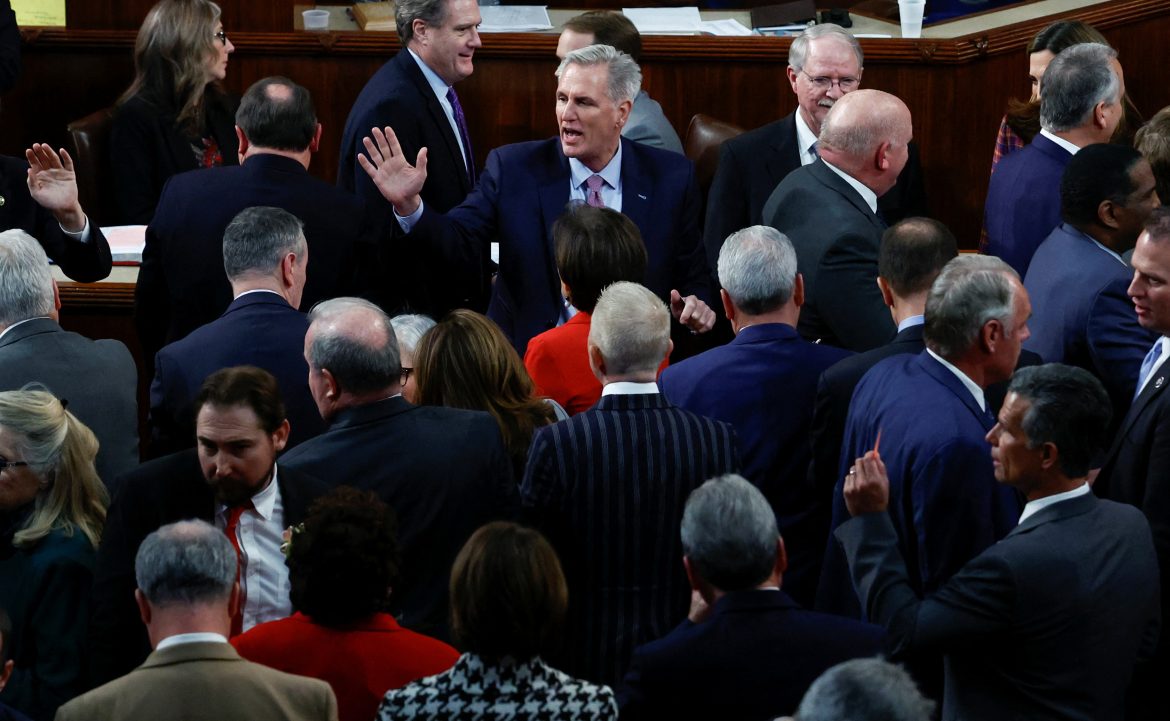 House Republicans of the 118th Congress have ended the controversial and frequently abused vote-by-proxy policy established by former Speaker of the House Nancy Pelosi as a COVID-19 pandemic measure.

The GOP has accused Democrats of abusing the policy to pass legislation with a slim House majority, even with a lack of physical attendance of party members that would otherwise prevent an affirmative vote from occurring.

“No more proxy voting. Effective immediately, Members of Congress have to show up to work if they want their vote to count,” House Speaker Kevin McCarthy stated.

The 117th Congress voted in favor of H.R. 965 on May 15, 2020, without a single GOP affirmative vote. The bill allowed for electronic or proxy voting from a distance during a COVID-related health emergency. Since then, Republicans have tried to end the policy, including a lawsuit that was eventually rejected by the Supreme Court.

Now that Republicans have an even slimmer margin with 222 representatives to the Democrat’s 213, every absence on both sides will be felt when it comes time to vote on controversial legislation. Proxy voting formerly offered a buffer during the last two years to allow Democrats to still ram through legislation despite an empty house.

The Committee on House Administration announced the news on Thursday morning with an image that reads: “Accountability brought to you by your House Republican majority.”

Under the new House Republican majority, Members of Congress are required to show up to vote. As part of our Commitment to America, we are holding government accountable – starting with ending proxy voting. pic.twitter.com/oOZysVeVC9

While H.R. 965 was envisioned as a way to preserve health during a global pandemic, some congress members have pushed the definition of what an “ongoing public health emergency” means.

For many, the health emergency may have prevented them from being present at Capitol Hill but was not enough to dissuade them from campaign stops.

In July 2022, former Rep. Tim Ryan (D-Ohio) gave his colleague Don Beyer (D-Va.) the ability to cast votes for him. During that same period, Ryan was campaigning in his home state. For example, on a day that the House was debating amendments to the national defense bill, Ryan was touring the Toledo Solar manufacturing plant.

In May 2021, Democrat Michigan Reps. Haley Stevens, Elissa Slotkin, and Dan Kildee filed letters designating a proxy due to the “ongoing public health emergency”. However, all three appeared at the Ford Motors facility in Dearborn, Michigan with President Joe Biden.

The problem is not limited to just Democrats, however. Some Republicans who spoke at the Conservative Political Action Conference, like Rep. Matt Gaetz (R-Fla.), also voted by proxy during that time.

But the abuse of the system doesn’t end there. Proxy voting opened the door for more flexibility in congressmen’s personal lives, allowing them to attend events they would otherwise have to miss to fulfill their elected duties.

Last March, Rep. Mike Gallagher (R-Wis.) testified about the high rate of lies involved in proxy votes. He stated, “Indeed, we just had at least four members of Congress on this panel admit, against interest, that it’s not about COVID. It’s about birthdays, and graduation parties. It’s about the birth of children.”

The New York Post once reported that former Rep. Mondaire Jones (D-N.Y.) was spotted at the French Rivera for a wedding while his proxy voted on 17 pieces of legislation.

In a more extreme show of abuse, Rep. Ro Khanna (D-Calif.) utilized a proxy vote so he could do an online interview about his recently released book, according to the Los Angeles Times.

“From the get-go, we warned that proxy voting would be misused as a means of convenience rather than as a precaution for health — and it has been, by members of both parties,” McCarthy said in December.