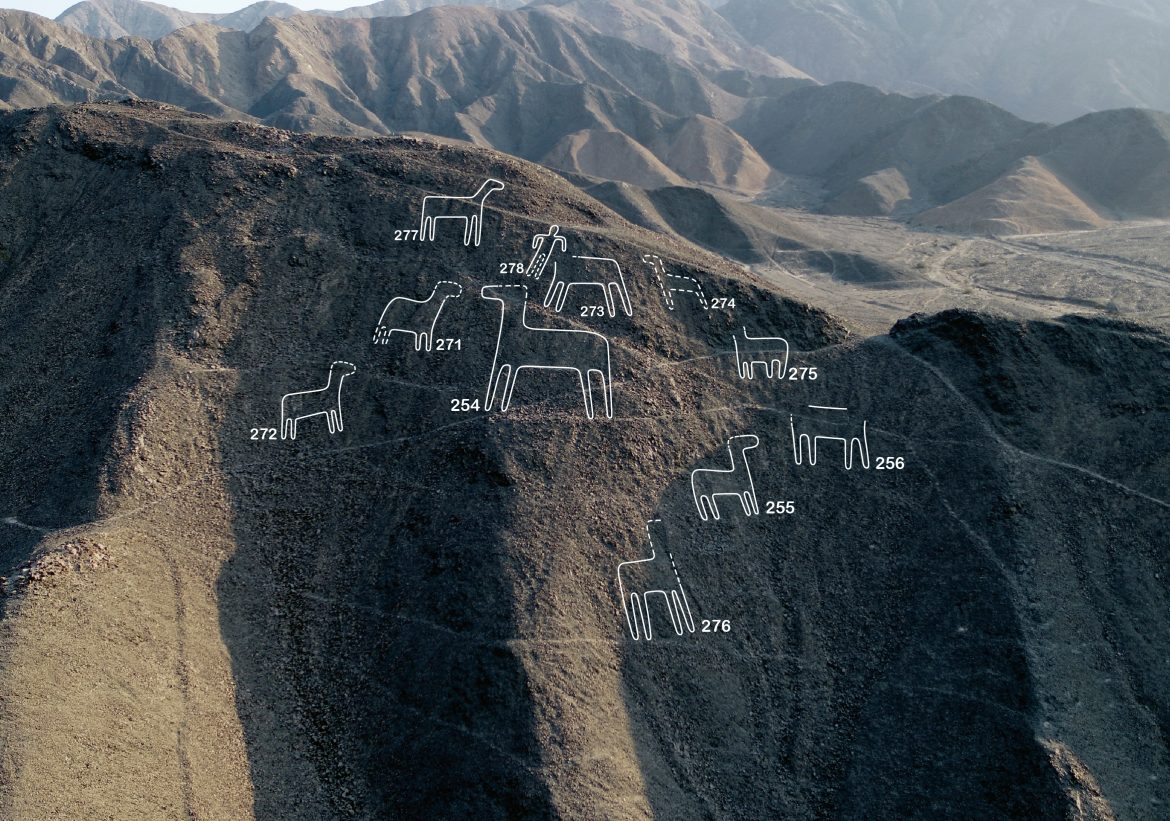 More than a hundred new designs discovered in and around Peru’s ancient Nazca plain and surrounding areas could bring new information to light about the mysterious pre-Columbian artworks that have intrigued scientists and visitors for decades.

The geoglyphs, huge figures carved into the South American desert, date back more than 2,000 years and represent humans, cats, snakes, killer whales, birds, and native camelids — animals such as llamas, guanacos, and alpacas.

Jorge Olano, head archaeologist for the Nazca Lines research program, said the new figures averaged between two and six meters (6.56 to 19.7 feet) in length. The purpose of the Nazca lines, which could only be seen from the air, remains a mystery.

This month’s findings, however, are smaller and can be seen from the ground, Masato Sakai, a professor from Yamagata University who led the study, told Reuters.

The figures, iconic vestiges of Peru’s rich history, are about a three-hour drive from the capital Lima.

Researchers had already discovered 190 figures in the area since 2004, but the vastness of the terrain they cover has complicated efforts to study and conserve the heritage site.

Yamagata University said the research will be used in artificial intelligence-based surveys to help inform the lines’ preservation.

Studies from the university in collaboration with Peru’s government have helped delineate and protect the area, which is facing threats from urban and economic developments.

“Some geoglyphs are in danger of being destroyed due to the recent expansion of mining-related workshops in the archaeological park,” Sakai said.