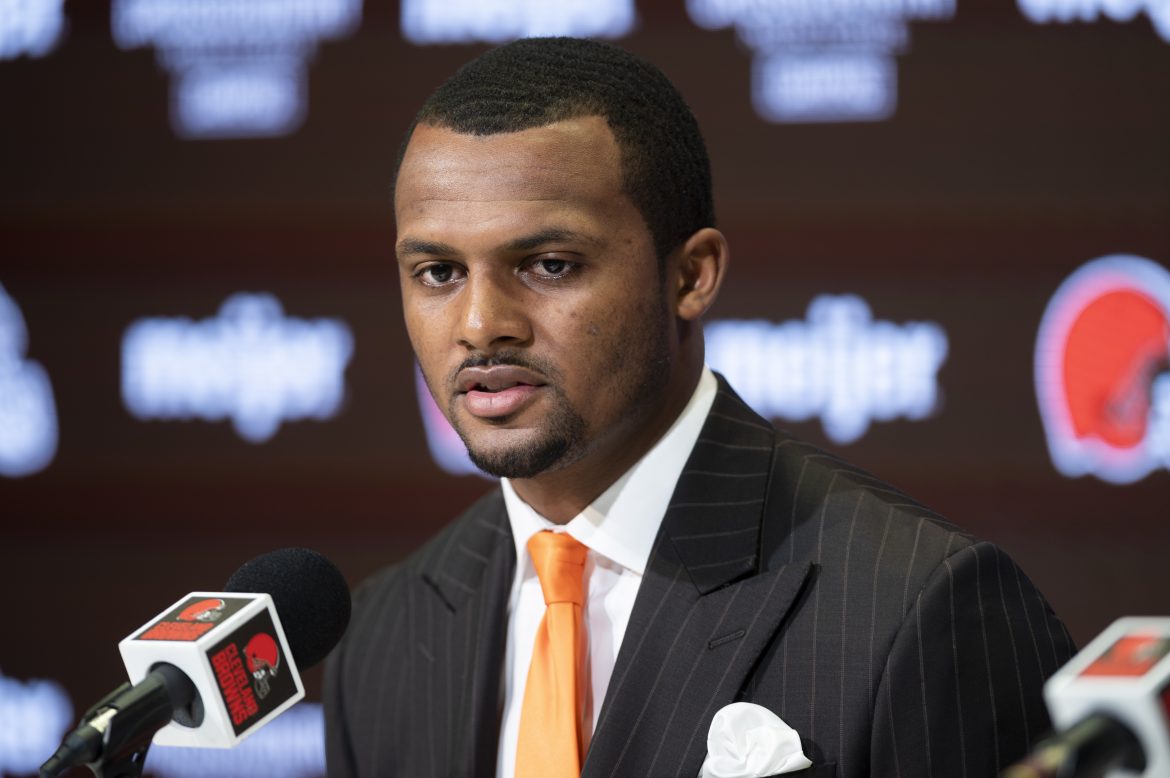 Deshaun Watson’s immediate future in the National Football League will be determined by a retired judge at a hearing that starts Tuesday.

Watson, who signed a fully guaranteed $230 million, five-year contract with the Cleveland Browns in March, is facing discipline stemming from sexual misconduct allegations made by two dozen women who gave the quarterback massages. He agreed to settle 20 of 24 civil lawsuits but the league is seeking a significant punishment for his behavior that led to the accusations.

Former U.S. District Judge Sue Robinson will preside over the hearing to determine whether Watson violated the NFL’s personal conduct policy and to what degree discipline is warranted. Robinson was jointly appointed by the league and the NFL Players’ Association, per terms of the Collective Bargaining Agreement. Before the latest CBA was signed in 2020, NFL Commissioner Roger Goodell had the authority to impose penalties for violations of the personal conduct policy.

The 26-year-old Watson, a three-time Pro Bowl pick in his first four seasons with the Houston Texans, sat out last season after demanding a trade. The Texans sent him to Cleveland for a package that includes three first-round picks after two separate Texas grand juries declined to indict Watson on criminal complaints stemming from the allegations.

Watson has denied any wrongdoing and vowed to clear his name.

“I never assaulted anyone,” Watson said earlier this month. “I never harassed anyone or I never disrespected anyone. I never forced anyone to do anything.”

On Monday, a woman who previously sued Watson filed a lawsuit against the Texans, alleging his former team provided him with resources to enable his actions and ignored his behavior.

While the NFL seeks a lengthy suspension, Watson’s attorneys are expected to argue there’s no basis for it because he was cleared of criminal charges.

The NFL, however, has punished several players for violating the league’s personal conduct policy without criminal charges before. Former Pittsburgh Steelers quarterback Ben Roethlisberger received a six-game suspension after being accused of sexual assault by two women. It was later reduced to four games.

Robinson’s decision won’t be final unless both sides agree to it. If either side appeals her ruling, Goodell or a person he designates “will issue a written decision that will constitute full, final and complete disposition of the dispute,” per terms in the CBA.

The Browns are hopeful that they’ll know Watson’s availability before training camp begins next month. The team signed Jacoby Brissett to be Watson’s backup and still has Baker Mayfield on the roster, though the former starter is expected to be traded or released at some point.

Watson grew up in Georgia and starred at Clemson University before the Texans selected him with the 12th pick in the 2017 NFL Draft. He has always professed his Christian faith and told Faith On The Field Show in 2017: “Faith is what I stand on. It kind of keeps me balanced and keeps me grounded and I make sure I am staying focused on my task and I’m just thankful for all the blessings that I have.”