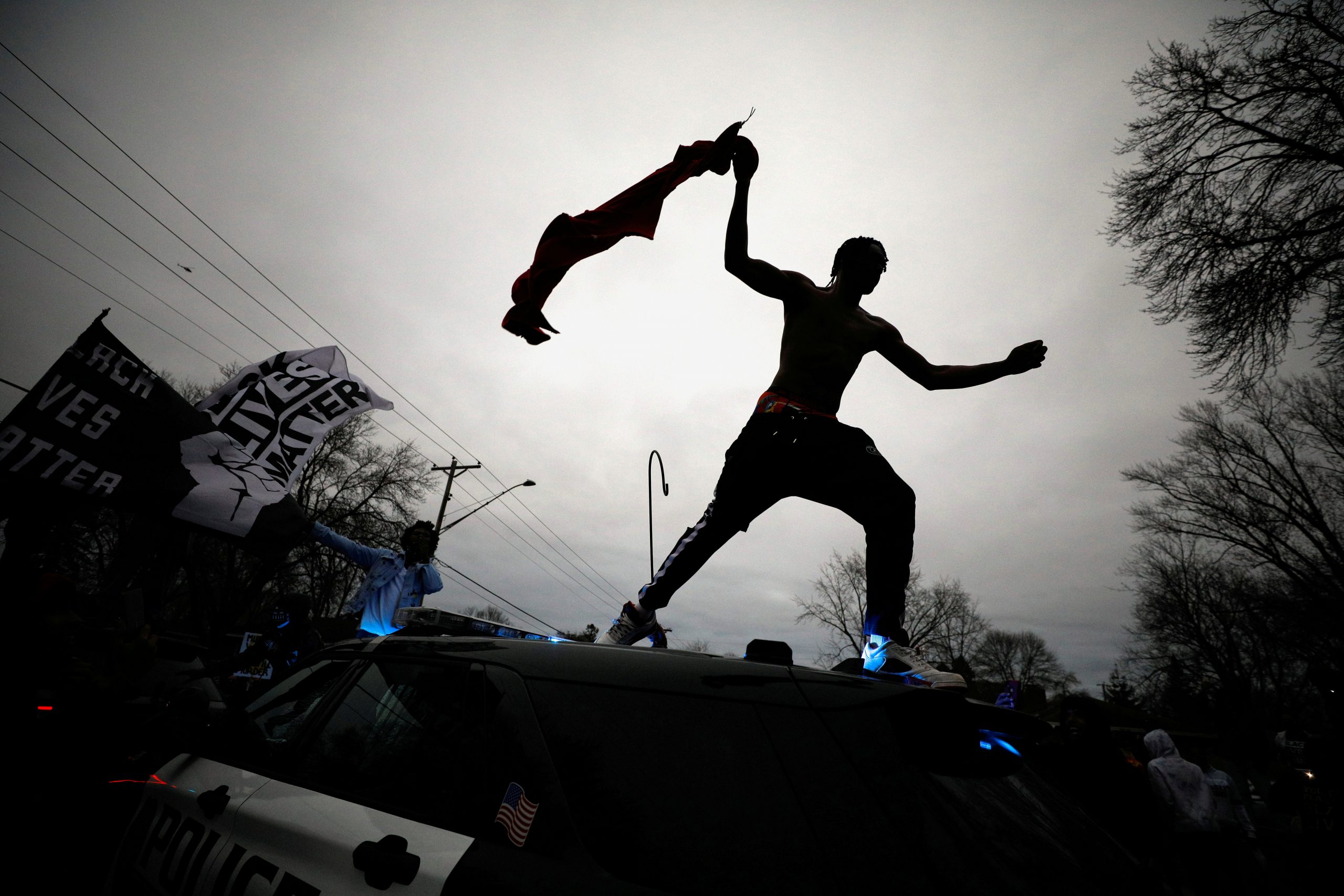 Last night the National Guard was called into Brooklyn Center, just outside of Minneapolis, as riots wreaked havoc across the city after a traffic stop turned deadly when a motorist resisted arrest. The incident occurred in the midst of the murder trial of Derek Chauvin, the police officer charged with killing George Floyd in Minneapolis in May of 2020.

Daunte Wright, age 20, was pulled over Sunday afternoon with a warrant out for his arrest. Wright’s mother says the pretext for the stop was that he had air fresheners hanging from his rear-view mirror. Wright had called her moments before the incident.

As police tried to arrest him Wright reentered his car, after which an officer discharged his weapon. Wright drove several blocks before hitting another car and died at the scene of the crash. His girlfriend was also in the car at the time.

A police statement described the incident as follows:

Officers determined that the driver of the vehicle had an outstanding warrant. At one point, as officers were attempting to take the driver into custody, the driver re-entered the vehicle. One officer discharged their firearm, striking the driver. The vehicle traveled several blocks before striking another vehicle. Officers in pursuit and responding medical personnel attempted life saving measures, but the person died at the scene.

The officers were wearing body cams and the officer’s dashboard camera is also believed to have recorded the incident. The Bureau of Criminal Apprehension has been asked to investigate the shooting. Brooklyn Center Police Chief Tim Gannon told a press conference he believed the officer meant to use a taser, but accidently used a gun.

“This appears to me, from what I viewed and the officers’ reaction and distress immediately after, that this was an accidental discharge that resulted in the tragic death of Mr. Wright,” Gannon said, adding that the investigation was in its early stages and based on evidence reviewed by the police.

Soon after the news broke, hundreds surrounded the Brooklyn Center police headquarters. The rioters hurled objects at the building and set off fireworks. The group had signs reading “Justice for George Floyd” and “Black Lives Matter.” An unlawful assembly was declared, and police employed tear gas and flash bangs to clear the crowd. In other parts of town rioters vandalized and looted businesses.

Police have set off flash bangs and chemical munitions to clear the crowd out of Brooklyn Center police department parking lot. @MPRnews pic.twitter.com/Xsu5CiyuHg

In the early hours of the morning Mayor Mike Elliot put in place a curfew until 6 am Monday. Elliot said in a tweet “we want to make sure everyone is safe. Please be safe and please go home.” The mayor also expressed sympathy for Wright and his family.

We are continuing to monitor the situation. As Mayor, I am imposing a curfew in the City Of Brooklyn Center. The curfew will be in place until 6am on Monday April 12, 2021. We want to make sure everyone is safe. Please be safe and please go home. pic.twitter.com/bJYGCE5GaW