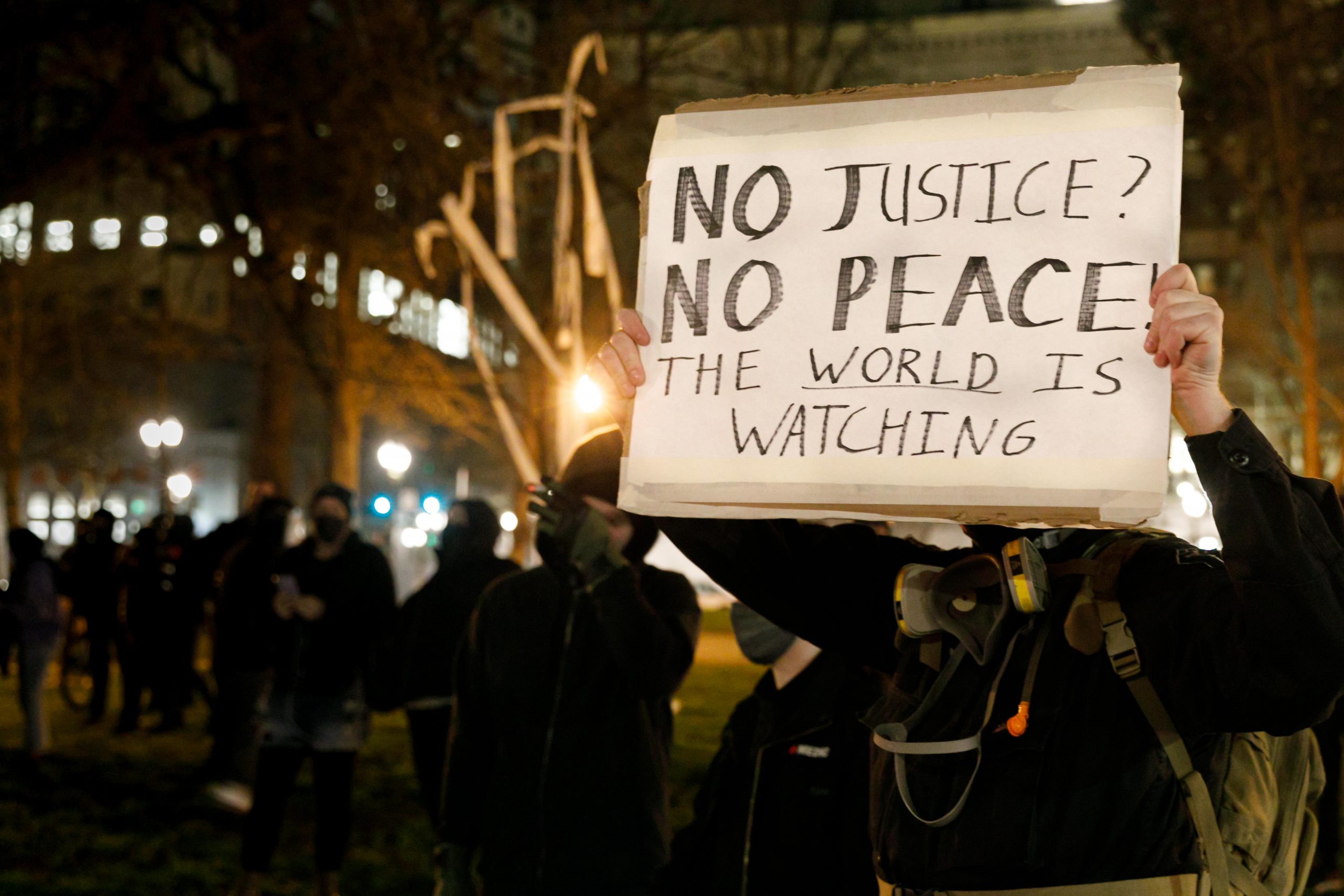 Riots erupted in major cities across the west coast over the weekend, as Saturday marked the one-year anniversary of the death of Breonna Taylor in Louisville, Kentucky.

Los Angeles, Seattle, and Portland faced civil unrest with rioters facing-off with law enforcement. Rioters, some of whom identified with Antifa, smashed windows and vandalized buildings, and dozens of arrests were made throughout the night.

Breaking: Multiple stores have been vandalized in Hollywood, California, during protests on the one-year anniversary of Breonna Taylor’s death. pic.twitter.com/tXybRel3JV

In Portland, Antifa continued their assault on the federal courthouse – a target for the far left group ever since the protective fencing erected over the summer was removed.  Last week, a portion of the courthouse was set on fire with people still inside, which prompted the fencing to be put back.

Earlier this week, #antifa attacked the federal courthouse in downtown & set it on fire after officials removed the protective barrier that stood for more than 8 months. Now the barrier is being put back. Video by @BGOnTheScene: pic.twitter.com/hhiYB3DELY

In Louisville, hundreds gathered to march in a demonstration, calling for justice for Taylor and police reforms. However, this too devolved as the day wore on. Later that night, an unlawful assembly was declared when armed protestors blocked traffic.

Protesters are in the 1300 block of River Road. They have been blocking the roadway and forcing vehicles, while armed, to turn around.

We are deeming their actions as an Unlawful Assembly. Arrests will be made to those that refuse to disperse. #LMPD pic.twitter.com/EpReyJJkdr

Taylor, a 26 year-old black woman, was tragically killed by police when officers returned fire after her boyfriend, Kenneth Walker, shot at law enforcement as they were entering his apartment. Walker maintains he believed they were burglars at the time. Police were at the premise to serve a no-knock warrant on suspicion of drug trafficking. According to the Kentucky Attorney General, an eyewitness reported that the police did in fact knock and announce themselves before entering. However, it has since been reported that the witness has changed their story.

All officers involved were fired and one was charged with three counts of wanton endangerment following the tragedy. In addition, Louisville has settled a civil rights lawsuit filed by Taylor’s family for $12 million.  In response to the incident, U.S. Senator Rand Paul of Kentucky introduced a bill banning no-knock warrants named the Justice for Breonna Taylor Act.

The weekend’s events come as the Kentucky Senate passed controversial new legislation aimed at protecting police officers and cracking down on riots. According to the AP, the law contains a provision that would classify as a misdemeanor anyone who “accosts, insults, taunts, or challenges a law enforcement officer with offensive or derisive words, or by gestures or other physical contact, that would have a direct tendency to provoke a violent response.” Anyone found guilty of these charges will face a fine or up to 90 days in prison.

The bill passed the Republican controlled Senate 22-11, but some party members voted against the law over free speech concerns.  Similarly other conservative voices have argued criminalizing “offensive or derisive words” amounts to an attack on free speech .