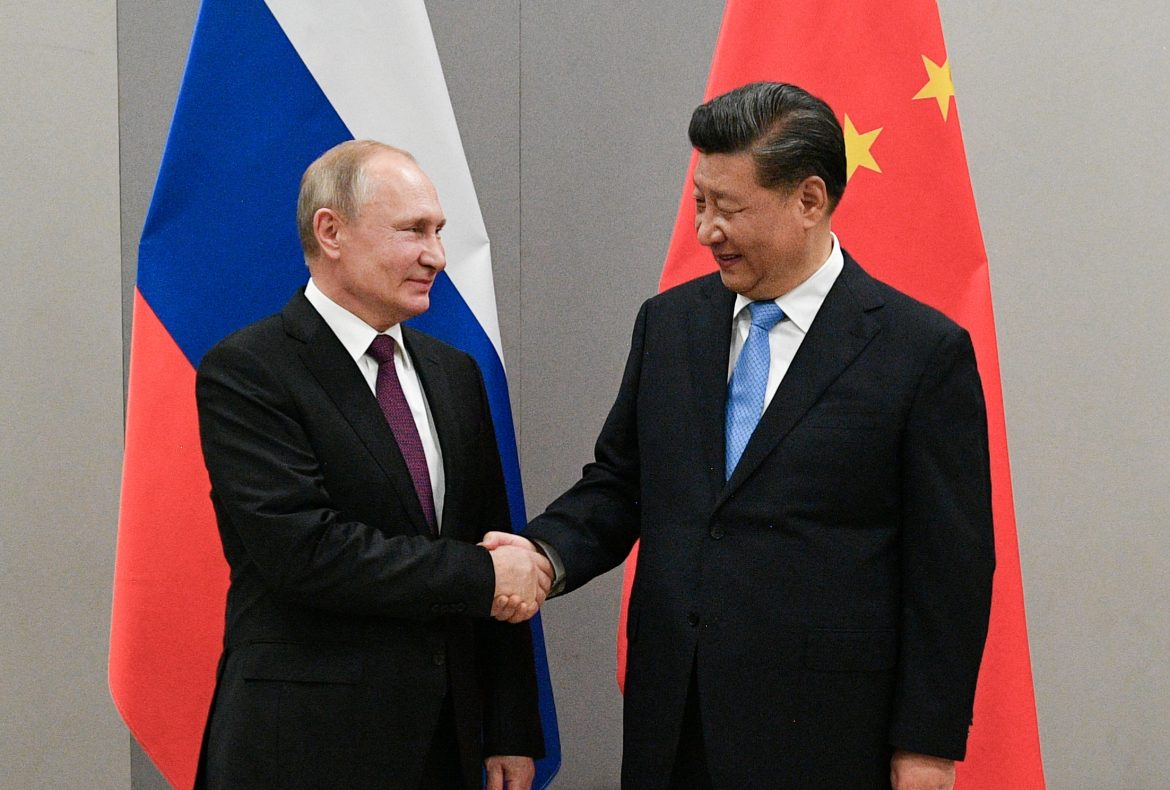 The joint naval exercises, which have taken place annually since 2012, will involve missile and artillery firing in the East China Sea, Russia‘s defense ministry said.

“The main purpose of the exercises is to strengthen naval cooperation between Russia and China, and maintain peace and stability in the Asia-Pacific region.”

Since Russia invaded Ukraine in February, Moscow has sought to increase its political, security, and economic links with Beijing and sees China‘s leader Xi Jinping as a key ally in an anti-West alliance.’

The White House has warned of the growing alliance, saying in an October National Security Strategy release that the two countries “are increasingly aligned with each other but the challenges they pose are, in important ways, distinct.”

“I kind of look at Russia as the hurricane. It comes in fast and hard. China, on the other hand, is climate change: long, slow, pervasive,” said Rob Joyce, former director of the Cybersecurity Directorate of the National Security Agency in 2019.

The Biden administration further outlines the challenges in the document, saying:

Russia poses an immediate threat to the free and open international system, recklessly flouting the basic laws of the international order today, as its brutal war of aggression against Ukraine has shown. [China], by contrast, is the only competitor with both the intent to reshape the international order and, increasingly, the economic, diplomatic, military, and technological power to advance that objective.

It also notes that “a competition is underway between the major powers” to shape the global playing field, specifically between democracies or autocracies to expand their reach.

However, not everyone is convinced that the alliance is as strong as recent collaborations may suggest.

FISM’s Will Tubbs previously analyzed the complicated nature of the alliance between China, Russia, and Iran saying that while they certainly have shared enemies, they do not necessarily share unified goals.

“At a minimum, it’s safe to say the trio represents a concentration of anti-American, anti-liberty actors; but experts have been slow to label the group as an axis or even a truly cohesive entity,” Tubbs writes.

China and Russia signed a “no limits” strategic partnership just days before Moscow launched the biggest land invasion in Europe since World War Two in February, but Beijing has since expressed concerns over Russia‘s actions in Ukraine.

Russian ships set sail on Monday from the Far Eastern port of Vladivostok to take part in the week-long exercises, which start on Wednesday.