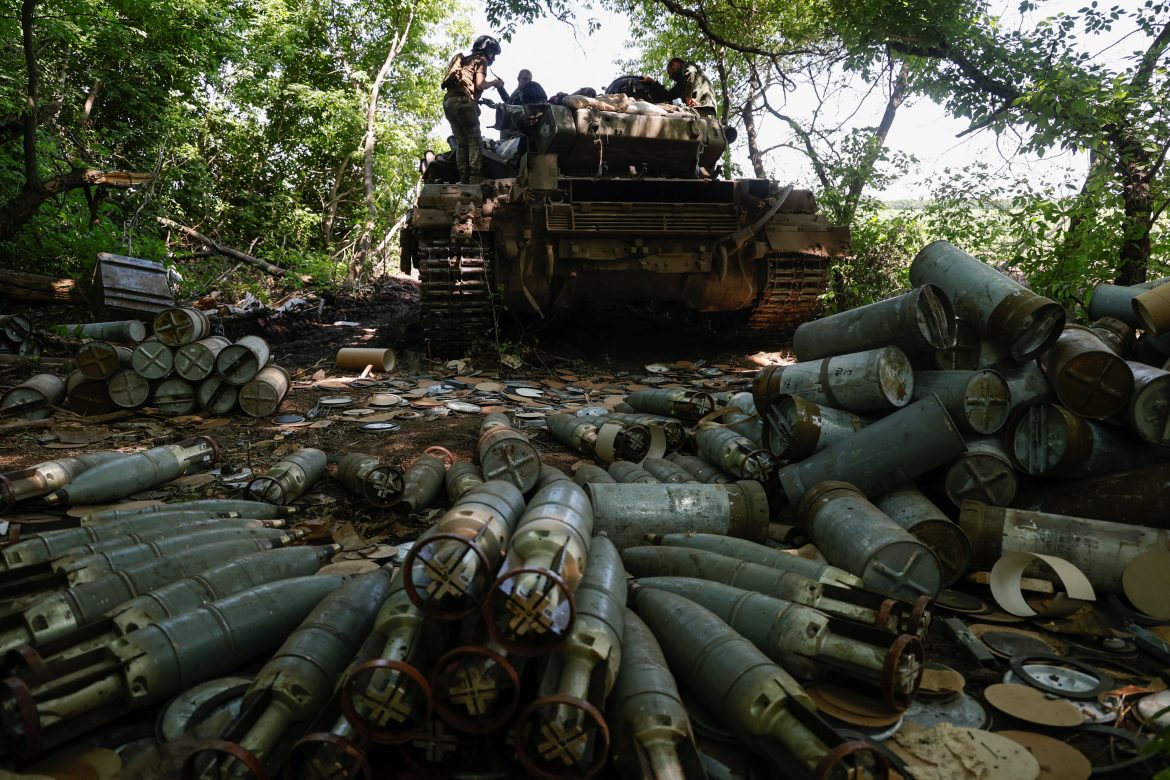 Russian forces have blown up a bridge linking the embattled Ukrainian city of Sievierodonetsk to another city across the river, cutting off a possible evacuation route for civilians, local officials said on Sunday.

Sievierodonetsk has become the epicenter of the battle for control over Ukraine’s eastern region of Donbas. Parts of the city have been pulverized in some of the bloodiest fighting since the Kremlin unleashed its invasion on Feb. 24.

Ukrainian and Russian forces were still fighting street-by-street there on Sunday, the governor of Luhansk province, Serhiy Gaidai, said.

Russian forces have taken most of the city, but Ukrainian troops remain in control of an industrial area and chemical plant where hundreds of civilians are sheltering.

But the Russians had destroyed a bridge over the Siverskyi Donets River linking Sievierodonetsk with its twin city of Lysychansk, Gaidai said.

That leaves just one of three bridges still standing, and reduces the number of routes that could be used to evacuate civilians or for Ukrainian troops to withdraw to positions on the western side of the river.

In Lysychansk itself, Russian shelling killed one woman and destroyed four houses and a shopping center, Gaidai said.

The head of the Sievierodonetsk administration said a little more than a third of the city remained under the control of Ukrainian forces and about two-thirds were in Russian hands.

After being forced to scale back its initial campaign goals following its Feb. 24 invasion of Ukraine, Moscow has turned its attention to expanding control in the Donbas, where pro-Russian separatists have held a swathe of territory since 2014.

Sievierodonetsk is the last city in Donbas’s Luhansk province still held by Ukraine and its loss would be significant strategic blow. Victory for the Russians would move them a big step closer to one of Russian President Vladimir Putin’s stated goals in what he calls a “special military operation”.

Ternopil’s governor said rockets fired from the Black Sea at the city of Chortkiv had partly destroyed a military facility and injured 22 people. A local official said there were no weapons stored there.

Reuters could not independently confirm the differing accounts.

Moscow has repeatedly criticized the United States and other nations for supplying Ukraine with weapons. Putin said earlier this month that Russia would strike new targets if the West supplied longer-range missiles to Ukraine for use in high-precision mobile rocket systems.

Ukrainian leaders have renewed pleas to Western countries in recent days to speed up deliveries of heavy weapons as Russian artillery pounds the east of the country.

To the south and southwest of Sievierodonetsk, Russian forces were firing mortars and artillery around a number of settlements, according to Ukraine’s general staff. But it said Ukrainian forces had repulsed Russian attempts to advance towards some communities.

Reuters could not independently verify the battlefield reports.

Ukrainian forces have proven more resilient than expected, but the U.S.-based Institute for the Study of War said that as they use the last of their stocks of Soviet-era weapons and munitions, they will require consistent Western support.

Putin says Russia’s actions aim to disarm and “denazify” Ukraine. Kyiv and its allies call it an unprovoked war of aggression to capture territory.

Also on Sunday, the leader of the Russian-backed separatist Donetsk region in the Donbas said there was no reason to pardon two British nationals who were sentenced to death last week after being captured while fighting for Ukraine.

A court in the self-proclaimed Donetsk People’s Republic on Thursday found Aiden Aslin and Shaun Pinner – and Moroccan Brahim Saadoun – guilty of “mercenary activities” seeking to overthrow the republic.

Britain says Aslin and Pinner were regular soldiers and should be exempt under the Geneva Conventions from prosecution for participation in hostilities. The separatists say they committed grave crimes and have a month to appeal.

“I don’t see any grounds, prerequisites, for me to come out with such a decision on a pardon,” Denis Pushilin was quoted as saying by Russian news agencies.

Aslin’s family said he and Pinner “are not, and never were, mercenaries”.