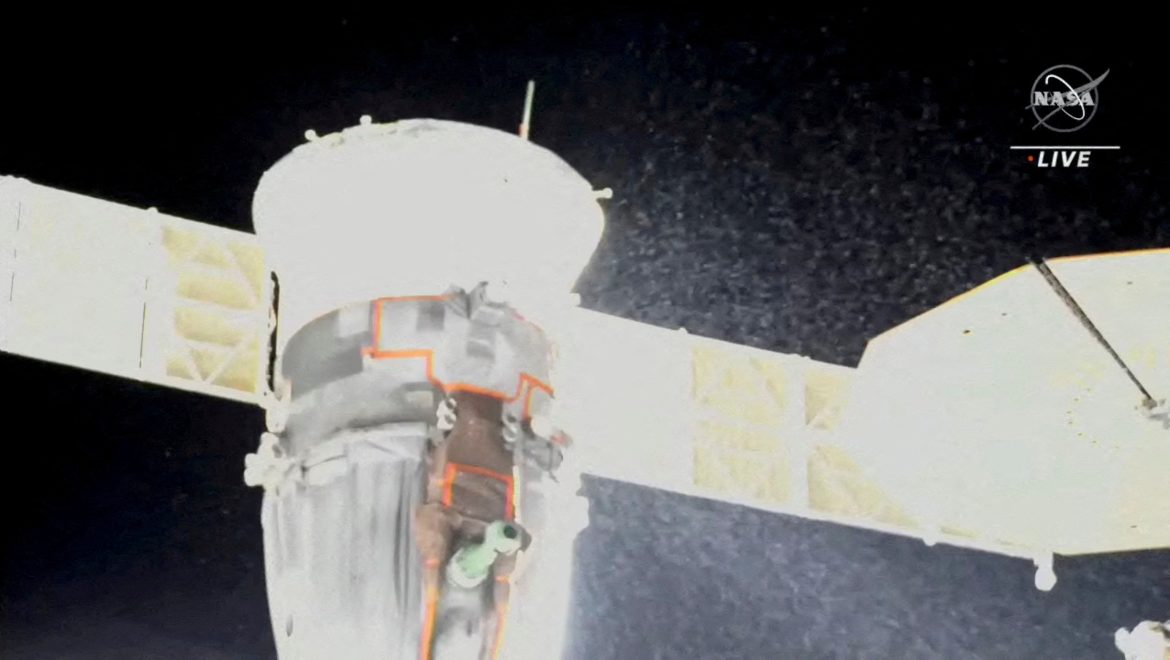 Russia’s space agency Roscosmos announced new contingency plans on Saturday for the three-man crew of a damaged capsule docked to the International Space Station, saying the U.S. member of the trio would return to Earth in a separate SpaceX vessel if they needed to evacuate in the next few weeks.

The Soyuz MS-22 capsule, which serves as a lifeboat for the crew, sprang a coolant leak last month after it was struck by a micrometeoroid – a small particle of space rock – which made a tiny puncture and caused the temperature inside to rise.

Roscosmos and NASA said this week that a new spacecraft, Soyuz MS-23, would be launched next month to bring back cosmonauts Sergey Prokopyev and Dmitry Petelin and U.S. astronaut Frank Rubio. But it will not dock with the ISS until Feb. 22.

Given there could be an earlier emergency, Rubio’s seat was being moved from the MS-22 to a SpaceX Crew Dragon spacecraft, also docked to the ISS, Roscosmos said on Saturday.

“If an emergency evacuation is necessary, Francisco Rubio will return to Earth on it (the Crew Dragon), and the Roscosmos cosmonauts (will return) on the Soyuz MS-22, it said.

“The descent of two cosmonauts instead of three will be safer, as it will help reduce the temperature and humidity in the Soyuz MS-22.”

The mission was due to end in March, but the plan now is to extend it by several months and bring the three men home on the MS-23. The latter had been due to take up three new crew in March but instead will be launched empty next month to dock with the ISS.

Four other crew members are currently on the orbital station – two more from NASA, a third Russian, and a Japanese astronaut, who all arrived in October on the SpaceX Crew Dragon capsule.

Relations between Russia and the United States have been poisoned by Moscow’s invasion of Ukraine but the two countries continue to work closely together on the ISS, an orbital laboratory about 250 miles (400 km) above the Earth that has been continuously occupied for two decades.

Russia has said, however, it plans to quit the aging project after 2024 and launch its own station.