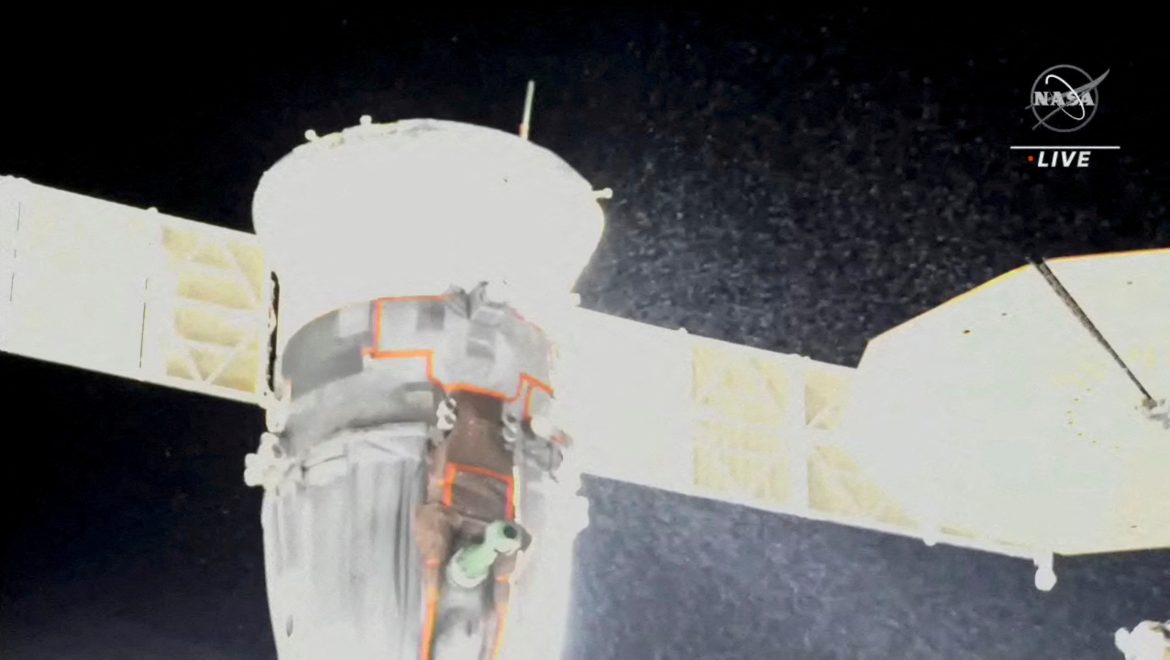 Russia said on Wednesday it would launch another Soyuz spacecraft next month to bring home two cosmonauts and a U.S. astronaut from the International Space Station after their original capsule was struck by a micrometeoroid and started leaking last month.

The leak came from a tiny puncture — less than 1 millimeter wide — on the external cooling system of the Soyuz MS-22 capsule, one of two return capsules docked to the ISS that can bring crew members home.

Russia said a new capsule, Soyuz MS-23, would be sent up on Feb. 20 to replace the damaged Soyuz MS-22, which will be brought back to Earth empty.

“Having analyzed the condition of the spacecraft, thermal calculations, and technical documentation, it has been concluded that the MS-22 must be landed without a crew on board,” said Yuri Borisov, the head of Russian space agency Roscosmos.

Russian cosmonauts Sergey Prokopyev and Dmitry Petelin and U.S. astronaut Francisco Rubio had been due to end their mission in March but will now extend it by a few more months and return aboard the MS-23.

“They are ready to go with whatever decision we give them,” Joel Montalbano, NASA’s ISS program manager, told a news conference. “I may have to fly some more ice cream to reward them,” he added.

‘SPACE IS NOT A SAFE PLACE’

The MS-23, which had been due to take up three new crew in March, will instead depart from the Baikonur cosmodrome in Kazakhstan as an unmanned rescue mission next month.

If there is an emergency in the meantime, Roscosmos said it will look at whether the MS-22 spacecraft can be used to rescue the crew. In this scenario, temperatures in the capsule could reach unhealthy levels of 30-40 degrees Celsius (86-104 degrees Fahrenheit).

“In case of an emergency, when the crew will have a real threat to life on the station, then probably the danger of staying on the station can be higher than going down in an unhealthy Soyuz,” Sergei Krikalev, Russia‘s chief of crewed space programs, said.

The incident has disrupted Russia‘s ISS activities, forcing its cosmonauts to call off spacewalks as officials focus on the leaky capsule, which serves as a lifeboat for the crew.

The leak is also a problem for NASA. The U.S. agency said last month it was exploring whether SpaceX’s Crew Dragon spacecraft could offer an alternative ride home for some ISS crew members, in case Russia was unable to launch another Soyuz.

Both NASA and Roscosmos believe the leak was caused by a micrometeoroid — a small particle of space rock — hitting the capsule at high velocity.

“Now we are facing one of the scenarios … we are prepared for this situation.”

Ukraine update: Bloody battle for Soledar rages on, casualties mount on both sides