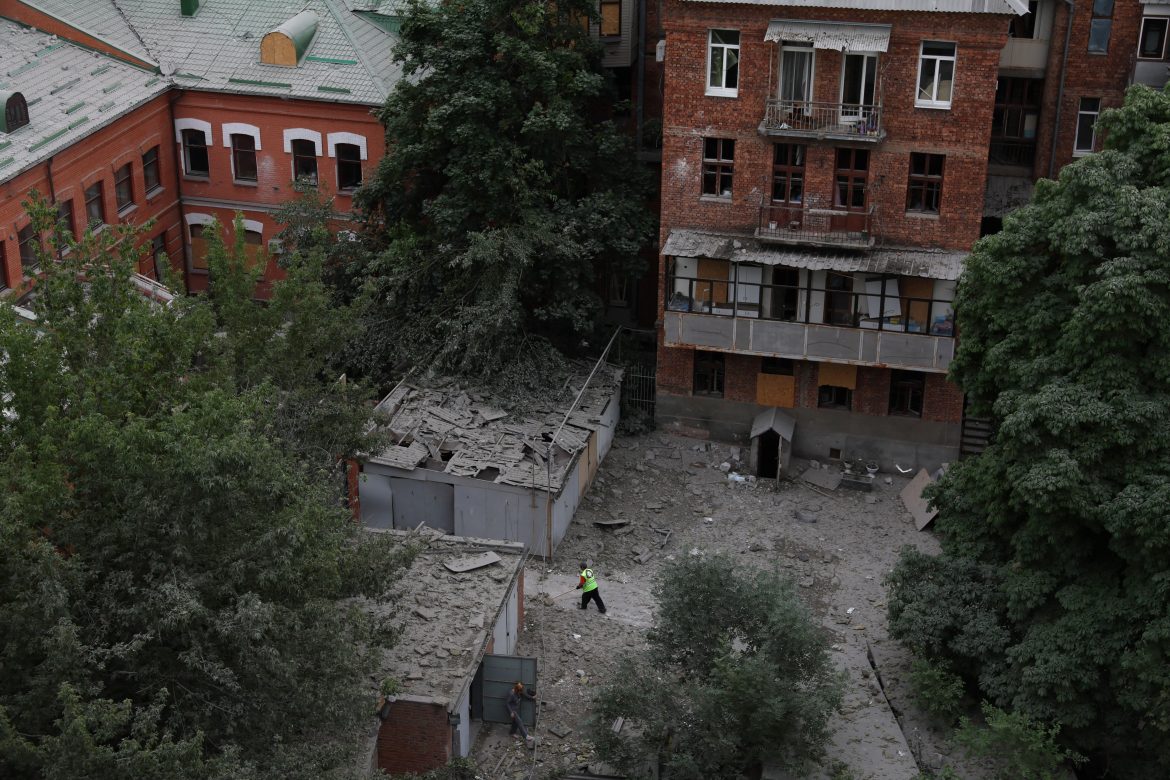 After weeks of battle that have decimated the city of Sievierodonetsk to near rubble, Ukrainian troops have been forced to abandon the battlefield according to the local mayor.

Oleksandr Stryuk, mayor of Sievierodonetsk, said about troops defending the city, “Unfortunately, they have almost left the city.”

Yesterday, Ukrainian officials said the country was set to withdraw troops from the area. Stryuk did not confirm on national television if this was a full withdrawal.

A national guard brigade press officer, Kharatin Starskyi, said that information on this withdrawal was intentionally delayed to the press to protect soldiers on the ground. He said on television earlier today, “During the last [several] days, an operation was conducted to withdraw our troops.”

Losing Sievierodontsk means that Kyiv forces in the region have been almost entirely routed with soldiers mainly holding out in cities of Siverskyi Donets and Lysychansk.

“Our military has changed tactics,” an anonymous Russian government official told Reuters. “They know how to do it now.”

Moscow is expected to hail the city’s capture as justification for withdrawing from Kyiv earlier in the war, switching from “lightning warfare” to a slow creep that resembles tactics used during the First World War. Since the early weeks of the war, Russia has largely concentrated on targets in the eastern region of Ukraine.

Moscow has demanded that the two eastern provinces of Luhansk and Donetsk be treated as separate countries with control relinquished to separatist administrations. Since their Feb. 24 invasion, Russia has claimed they are conducting “special military operations” to “denazify” the country.

Meanwhile, Ukraine officials rejected the idea that the moment was a milestone in the war. Oleksander Musiyenko, a military analyst for Kyiv, told Reuters, “There was no city left there and, secondly, we could not allow [Ukraine forces\ to be encircled.”

He added that Ukraine would be worse off if Moscow had taken the city weeks ago.

This weekend, Russia has intensified its cruise missile strikes on both the western and northern regions of Ukraine.

Mykhailo Podolyak, an adviser to Ukraine President Volodymyr Zelensky, said on Twitter, “38 cruises missiles. At night. Throughout whole Ukraine. Russia is still trying to intimidate Ukraine, cause panic, and make people be afraid.”

The Lviv regional governor reported that six missiles were fired from the Black Sea with four striking their target and the remaining two destroyed.

Vitaliy Bunechko, governor of the northern Zhytomyr region, reported one soldier’s death from strikes targeting a military facility. He added that 10 missiles had been intercepted.

Ukraine has not idly taken these attacks this weekend. A new video shows U.S-supplied long-range rocket system in use. The HIMARS system is known for deadly accuracy up to 190 miles away.

“Artillerymen of the Armed Forces of Ukraine skillfully hit certain targets – military targets of the enemy on our, Ukrainian, territory,” Chief of Ukraine’s General Staff Valeriy Zaluzhnyi wrote on the Telegram app.

Kyiv assured Washington the weapon would not be used to strike targets in Russia’s sovereign territory.

Gunman goes on rampage at gay bar in Norway