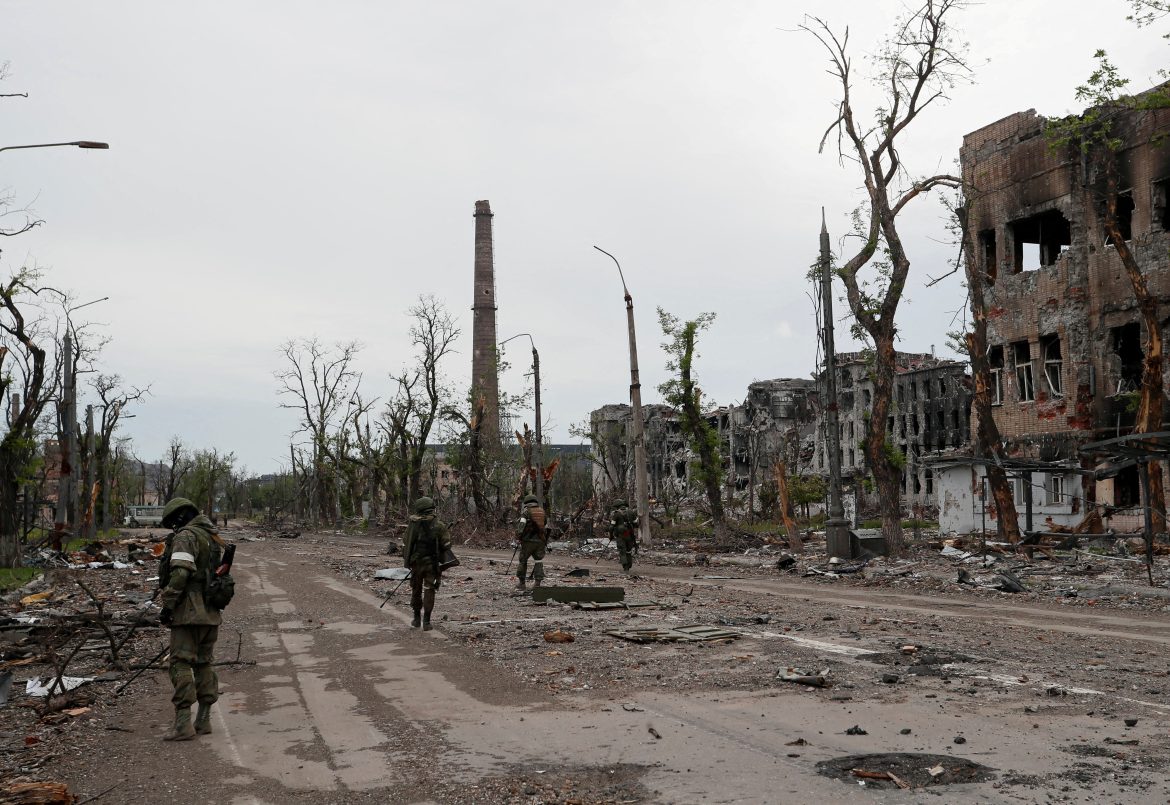 One world leader warned that Ukraine’s need for support could last years. The war, which began with Russia’s invasion of their southern neighbor n Feb. 24, has turned into one of attrition as the nations seek control of crucial land in the Donbas region of Ukraine.

“We must prepare for the fact that it could take years. We must not let up in supporting Ukraine,” NATO Secretary-General Jens Stoltenberg reportedly said, according to Germany’s Bild am Sonntag newspaper. The high-ranking NATO official also reportedly said that state-of-the-art weaponry would improve Ukraine’s odds of pushing back Russia’s advances in the Donbas region.

Stoltenberg added this support must continue, “Even if the costs are high, not only for military support, also because of rising energy and food prices.”

“Their mood is assured: they all do not doubt our victory ,” Zelenskyy said. “We will not give the south to anyone, and all that is ours we will take back.”

The question of morale is its own battle as Russia and Ukraine continue contradictory reports regarding the control of Sievierodonetsk, a city in the Luhansk region of Ukraine. Russia must capture the city to gain greater control of the Donbas, a territory of land that has previously been fought over between the two nations and which was partially controlled by Russian-backed separatists before the war.

Russia has claimed full control of the city. However, the Ukrainian regional governor, Serhiy Gaidai, told national media sources, “All Russian claims that they control the town are a lie. They control the main part of the town, but not the whole town.”

The city is heavily embattled with Russian forces making attempts to fully encircle the city. Gaidai warned that fighting made evacuations impossible. Meanwhile, the governor said Russia is moving reserve troops into the city to gain full control.

The city has been pegged as falling to Moscow’s forces within weeks. Institute for the Study of War analysts wrote that this seizure would likely come “at the cost of concentrating most of their available forces in this small area.”

Meanwhile, Ukraine’s second-largest city, Kharkiv, will potentially face shelling again. The city was a prominent target in the early weeks of the war but has had a reprieve since the second month. Now, Ukraine’s interior ministry says that Russian forces are attempting to get within shelling distance again.

“Russia is trying to make Kharkiv a frontline-city,” Vadym Denysenko, an advisor to the interior minister, said on national television.

While Russia bombards Ukraine with missiles this weekend, two former Ukrainian heroes were reportedly transferred to Russia for investigation, according to Russian state news agency TASS. Syatoslav Palamer, a deputy commander of the Azov battalion, and Serhiy Volynksy, commander of the 36th Marine Brigade of the Ukrainian Armed Forces, were moved. Both commanders helped defend the Azovstal steel plant located in Mauripol.

The fate of the commanders along with other prisoners of war is unknown. Kyiv is reportedly seeking a prisoner exchange. It is unclear if Russia will agree to terms when some Russian lawmakers want the fighters tried for war crimes.