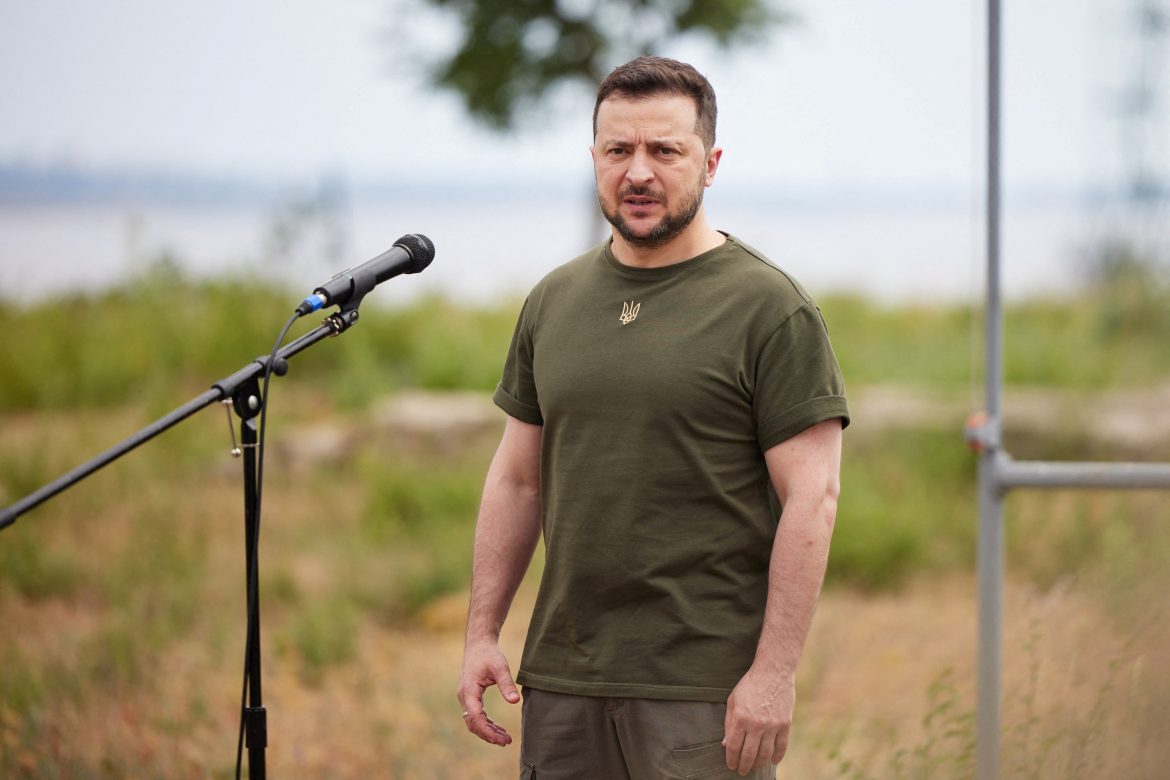 Saturday, Ukrainian President Volodymyr Zelensky vowed to retake all cities currently lost to Russia in an emotional video address to his nation. Earlier today, Russia shelled Kyiv for the first time in weeks. Western nations have vowed to further hinder Putin’s war abilities by banning gold imports, but harsh sanctions have done little to deter the invasion so far.

On Saturday night, Zelensky shared that 45 Russian projectiles had struck Ukraine soil across 24 hours. He told his citizens this was an attempt to break their will to fight. He said, “Therefore all our cities – Sievierodonetsk, Donetsk, Luhansk – we’ll get them all back.”

He added, “At this stage of the war it’s spiritually difficult, emotionally difficult … we don’t have a sense of how long it will last, how many more blows, losses and efforts will be needed before we see victory is on the horizon.”

Sievierodonetsk marks the most recent loss, but Ukraine’s chief spy said on Saturday that Kyiv’s withdrawal of troops from the city was strategic. Kyrylo Budanov, head of the Defense Ministry’s Main Directorate of Intelligence, said Russian tactics for both the river city and port city of Mauripol involved “wiping the city from the face of the earth.” This made “holding the defense in the ruins and open fields” impossible.

However, Budanov added, Ukraine was not simply giving up on the territory. By taking more defensive “higher ground” in Lysychansk, the sister city on the other side of the Seversky Donets River, Kyiv forces would be able to “stabilize the situation” and prepare for a “counter-offensive to retake all our territory.”

Budanov hinted that this counter-offensive should have “visible results” beginning in August.

In his own video address, Zelensky said the onslaught of missiles this weekend was evidence that sanctions were not harsh enough to hinder Russia’s war abilities. He also said that Ukraine needed modern air defense systems “more than anywhere else in the world.”

Hours later, up to six Russian missiles struck the heart of Ukraine’s capital city for the first time since June 5. Missiles struck a nine-story residential building, trapping some civilians under rubble. Another landed on the playground of a private kindergarten. Five people have been hospitalized while another person died in the attacks, so far.

“The measures we have announced today will directly hit Russian oligarchs and strike at the heart of Putin’s war machine,” British Prime Minister Boris Johnson stated.

Reuters spoke to an anonymous White House official who said the G7 would officially announce the gold import ban on Tuesday during their three-day summit. The official added, “This is a key export, a key source of revenue for Russia in terms of their ability to transact with the global financial system.”

Meanwhile, Russia is on the final day of its deadline to pay international bond investors. The $100 million interest payment on outstanding bonds was due on May 27 with a 30-day grace period. Russia has accused Western nations of creating an “artificial default” by preventing payments through their sanctions.

Nevertheless, the Kremlin claims payments were made to its onshore National Settlement Depository, but if the international holders are not paid into their accounts from this then it will count as a default on the payments. So far there have been no signs of investors receiving this payment.

The default would be largely symbolic since sanctions prevent Russia from borrowing internationally. However, it might raise the nation’s borrowing costs in the future.